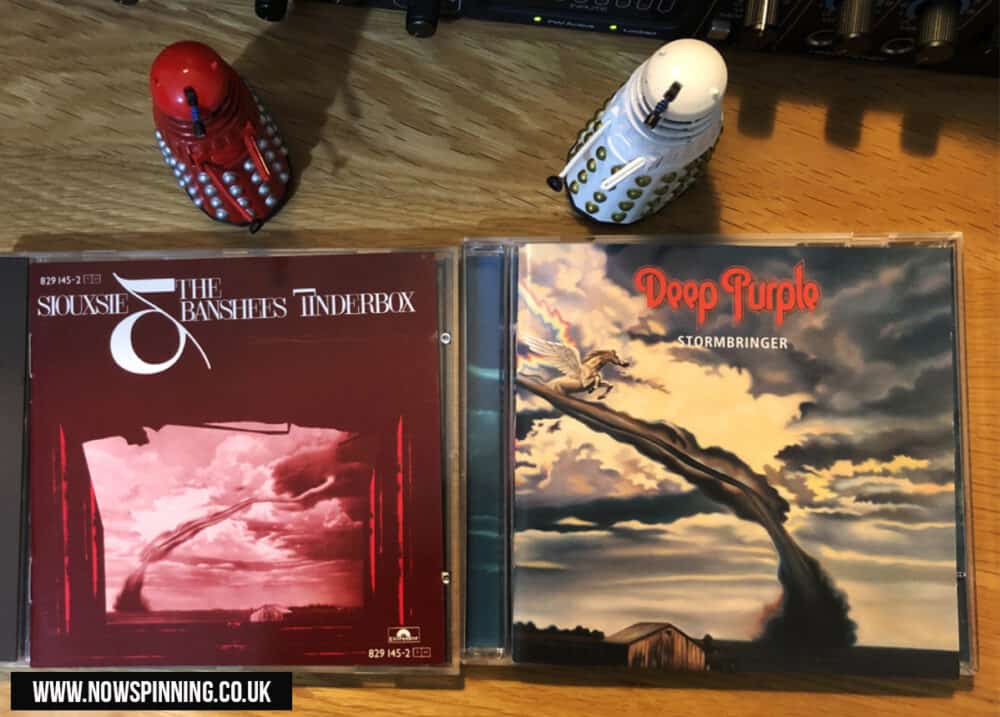 Album covers which look the same – Stormbringer and Tinderbox

The artwork was based on a photograph of a tornado near Jasper, Minnesota, taken by Lucille Handberg on 8th July 1927

As the Deep Purple album featured a title track with lyrics about a mythical creature coming out of the clouds they added a flying horse and tweaked with the order of the tornado and the farm building.

Siouxsie and the Banshees were a Punk band who distanced themselves from everything that came before them although by 1986 they were morphing into more of a Goth type band.

However, it must have been a complete surprise to find out their album cover had already been used by a band from the old guard ‘ Deep Purple’.

In some ways, it shows how different music tribes (back then) had no real idea of what was going on in the genre over the road!

What other albums can you think of that look similar? 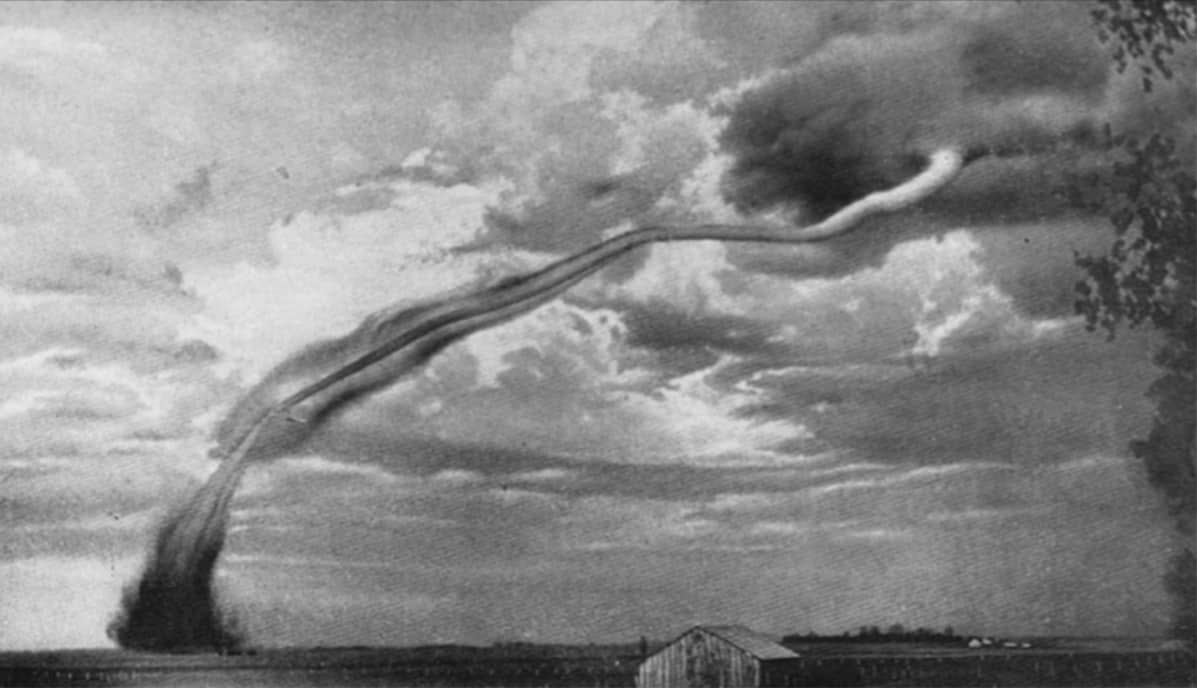