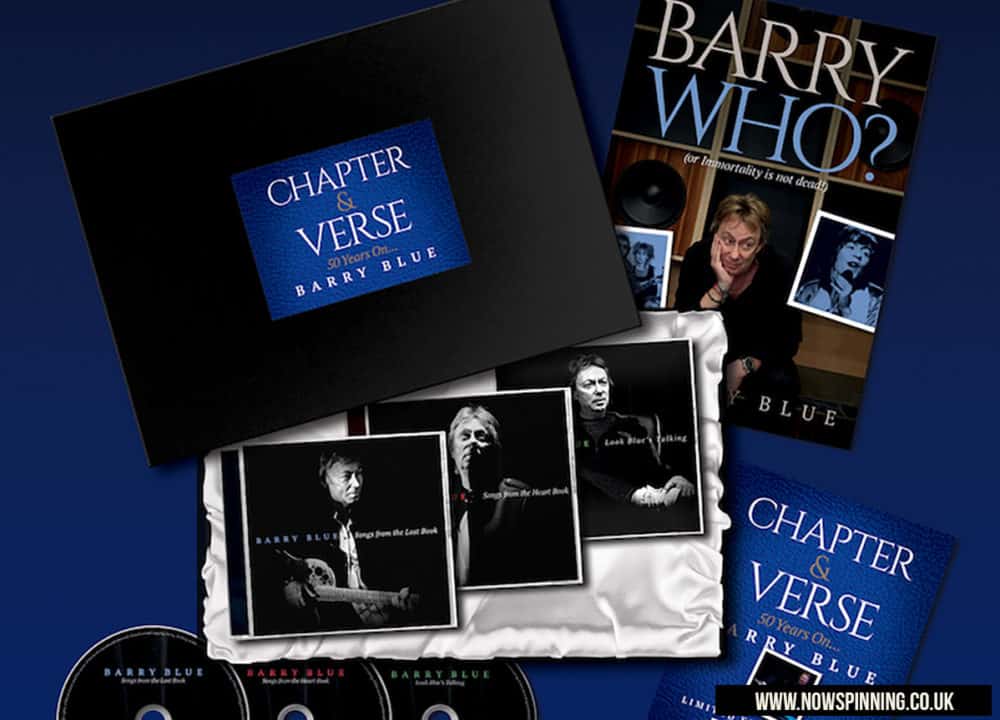 In the early 1970s, if you were into Glam Rock, there were two record labels that seemed to have the market covered. There was RAK Records headed up by Mickie Most with Mud and The Arrows etc., and Bell Records with The Bay City Rollers and Barry Blue.

Although most of the bands are remembered for their success at the time, Barry Blue had international hits with ‘Dancin’ (on a Saturday Night)’  and ‘Do You Wanna Dance?’ He then went on to have a career that saw him write hits for Celine Dion, Diana Ross, Andrea Bocelli, Missy Elliott, J.Dilla, Redman and Philip Bailey of Earth Wind & Fire. He wrote pop staples such as ‘Boogie Nights’ by Heatwave, Dina Carroll’s ‘Escaping,’ Toto Coelo’s ‘I Eat Cannibals,’ Five Star’s ‘All Fall Down,’ Brotherhood of Man’s European No. 1 ‘Kiss Me Kiss Your Baby.’

Barry Blue has seen his involvement with music sell over 40 million records worldwide, with a career producing 45 hits in as many years. He is also a composer with his music being used in TV on such hit programmes as Only Fools and Horses, The Sweeney, The Long Good Friday, The Eyes of Laura Mars, through to Breaking Bad, Sex in the City and the Netflix series The Get Down, Money Heist and Top Boy.

This brings us to his latest release, a career-defining box set called ‘Chapter & Verse’ which sees Barry re-visit many of his compositions to record them as he always wanted to. The Box Set includes 3CDs (the tracklisting is below the interview.)

Barry Blue says, “I’m singing those tunes I now realise no one ever should have sung before me… because they’re all too personal. They are the soundtrack to my life, and I couldn’t leave them in the past. I needed to drag them kicking and screaming back into the light where they belong”.

I caught up with Barry recently and wanted to ask him some questions which looked back across his long and varied career.  I went back to the very beginning when Barry was playing bass with a band that later became Uriah Heep!   Phil Aston

What memories do you have of playing Bass in Spice with Mick Box and David Byron? Were you tempted to follow this path towards a more rock-centric career?

Following this, you became involved with A&R and then a songwriting team with Lynsey de Paul. Was the desire to become a star in your own right always part of the plan?

Bell Records in the early 70s was very much like RAK Records and was seen as the home of Glam rock and the UK’s more pop-based bands. Did you see Bell Records as the perfect fit for the sound and style you were going after?

Ooh yes…I loved those two labels … there was always intense rivalry between Bell and Rak with both labels sending round their latest release to each other to get a response…or really to say we’ve got the bigger hit than you this week!
‘Bell’ was the perfect label for my style of ‘Glam’…

You had 5 hit singles very quickly during this period, which one stands out the most and why?

When the remix of ‘Dancin (on a Saturday Night)’ became a hit again in 1989, were you tempted to return to performing your own songs?

I had a massive club hit in 1989 with a track called ‘Afrodizziact’ under the pseudonym of ‘Cry Sisco! so I was quite happy with that!

What a lot of people may not be aware of is how successful you were as a songwriter. Was this a conscious choice to move in this direction rather than record these songs yourself?  I am thinking of ‘Boogie Night’ by Heatwave in particular.

I’m not sure if you mean I was successful as a record producer ?– I produced all the big Heatwave hits but also had a ‘parallel’ career so to speak with the songs I was writing for other people such as ‘Devils Gun’ for CJ & Co a US # 1 dance hit for six weeks as well as writing for Cheryl Lynn, Bananarama, Diana Ross and many others

Was the box set a chance for you to revisit the songs from the 80s covered by other artists?

On ‘Songs From The Heart Book’ I’m singing those tunes I now realise no one ever should have sung before me…because they’re all too personal. They are the soundtrack to my life, and I couldn’t leave them in the past. I needed to drag them kicking and screaming back into the light where they belong.
I’m thrilled when an artist of the calibre of Celine Dion or Diana Ross records one of my compositions, but there’s always been the feeling that I let these songs go… it’s not that other artists didn’t do them well… It’s just that it was time to get them back to the way I originally conceived them.

Re-recording songs from a previous period must feel strange as they are like time capsules caught up in emotions and life from that time. Were there any songs in particular where you approached them with some trepidation?

Not really because as I’ve already said -I needed to re-visit these songs and record them the way I had originally heard them – I guess ‘Escaping’ being such a big hit internationally was a challenge but I ended up recording it in a completely different way to the Top 3 version sung by Dina Carroll.

Your ear for the perfect pop song has stayed with you throughout your career. Who did you enjoying producing and working with the most in the 80s / 90s?

I was very lucky to choose to work with those artists that I had respect for …and them for me.
You always come across artists that are ‘beyond’ passionate about their music and themselves…but in the main I worked with the right people at the right time…

Beyond the release of this box set, what plans do you have for the future, and where can people find out more about you?

I keep my web-site (www.barryblue.co.uk) up to date with where I’m at…
Let’s see how the project goes but I’m already writing for a ‘classical’ project which is quite challenging as I’ve never really attempted that genre before…a composer / song-writer never really stops writing…why would you ? 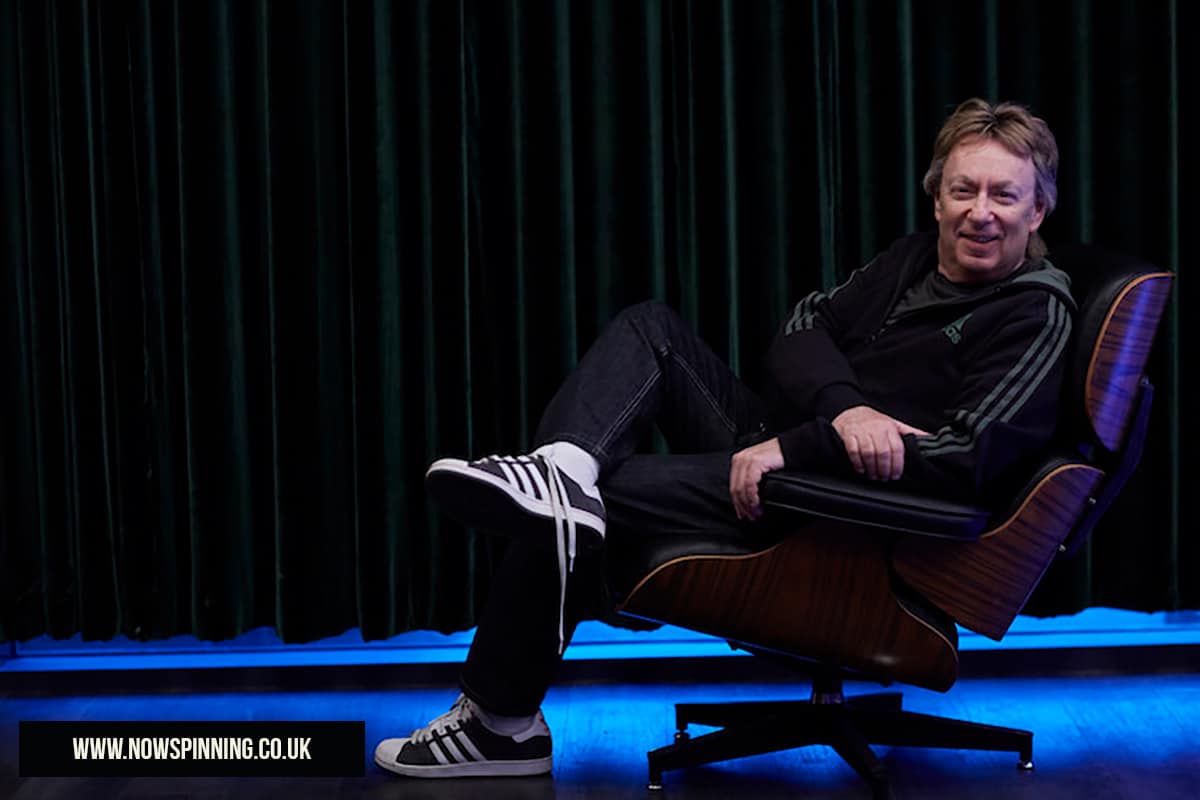 CD1 ‘Songs From The Heart Book’

CD2 ‘Songs From The Lost Book’

‘Barry Who?’ (Immortality is not dead !) – edited autobiography

Very interesting Phil really enjoyed this. As you will know Lyndsey lived with Roy for sometime.