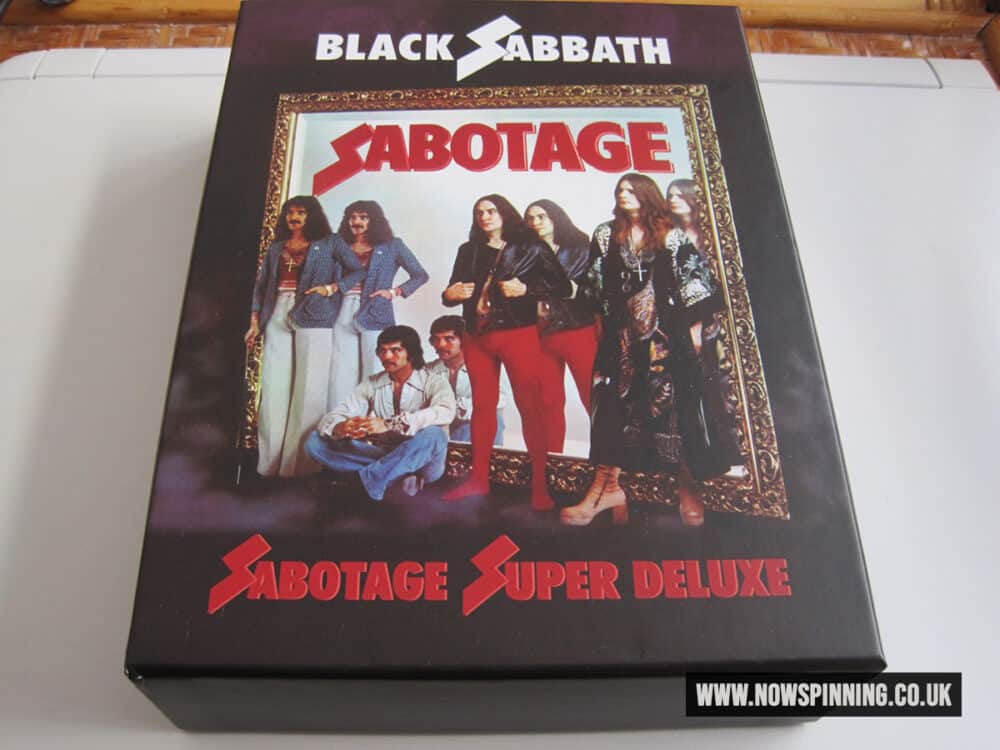 Following finely in the footsteps of the recent Paranoid and Volume 4 reissues, Black Sabbath’s 6th album Sabotage gets the full expansion works. And what a wonderful package it is. And much like its predecessors, it’s as riff-laden and metal inspirational as ever. And we are assuming you own those aforementioned entry tickets, as Paranoid and Volume 4 are essential listening, metalhead or otherwise.

Originally released in 1975 (when Sabbath would have been up to their eyes in snow, acid and god knows what else), the album is so-called because the band felt the recording process was being sabotaged by their former manager Patrick Meehan. The band fired him as they felt they were being ripped off, and he sued them, with lawyers turning up with writs in the studio. The stories from all four band members (vocalist Ozzy Osbourne, guitarist Tony Iommi, bassist Geezer Butler and drummer Bill Ward) are well known and expanded upon in the enclosed book.

On opening the package, first out is a wonderful hardback book which contains very indepth liner notes, and some rare pictures, live shots and rare editions of the album. Add in a replica tour programme and a tour poster and we’re off to a good start.
Then there are 4 CDs in card sleeves – already I’m thinking this is how reissues should be done.

First into the tray is the original album, with its famous cover showing the band facing the same way in the mirror’s reflection. The original concept to signify sabotage was itself sabotaged (ie the black costumes not appearing before a rushed photoshoot) and it was too late to change the idea, hence Bill Ward wearing his wife’s red leggings.

Opening track Hole In The Sky is a classic Sabbath number, great riff, and quite raw and heavy (something influenced by the tension in the studio caused by the legal issues). Then straight into Don’t Start, an acoustic instrumental showcasing Iommi nicely. Of note and standout is Symptom Of The Universe, whose power and speed, as well as chord structure, would be an obvious early influence on the 1980s NWoBHM and thrash scenes. Butler’s bass lines complement Iommi’s riffs perfectly, whether blues or doom-laden, or upbeat and melodic.

For me the best track is Megalomania, running at about 9 minutes. The changing segments and use of piano add a progressive touch, and some of the vocal har-monies hint at glam. At times gusset shittingly heavy, at others progressively melodic, and some freakout moments too.

The Thrill Of It All is a good track, just a little non-descript compared to the track before, and also the track after; Supertzar is a 4 minute instrumental that features a vocalising choir, a strong nod to a certain 1970 Pink Floyd album, albeit significantly crunchier.
Unintentionally commercial and also a single is Am I Going Insane (Radio) – the radio referring to Radio Rental, rhyming slang for Mental. Definitely, one to turn up.

And finally is The Writ, one of many written about the stresses the band were put through at the time. A more spaced out progressive feel here and again a wonderful track. The song fades out at just past 8 minutes, then at low volume there’s a 30 second “Blow On A Jug”, showing the band could still keep their sense of humour.

The album has received mixed reviews over the years but by some is considered (one of) their best. It is certainly much overlooked.

Discs 2 and 3 are a live show from the 1975 Sabotage tour of North American tour, and much of this is previously unreleased. It’s a show in its entirety. A little rough around the edges (aka slightly bootleggy but still fantastic), some of the Volume 4 tracks sound great – Sabra Cadabra is a great track. Megalomania from Sabotage goes down well. Two adjacent jams that run to 13 minutes combined, feature a guitar and drum solo respectively. The instrumental Orchid features some bars of Rock’n’Roll Doctor (a track that wouldn’t appear until a year later, on Technical Ecstasy) before becoming another guitar solo. This leads into the band’s eponymous track. The riffs are heavy, and a few times Ozzy does talk to the crowd, and does mention the new album, and that the new tracks they may not know yet.
The concert closes with a fine rendition of Paranoid – what’s not to love?

With no more bonus material available at this time, disc 4 is a nice little replica of the Japanese 45 of Am I Going Insane (Radio) / Hole In The Sky.

There are a few tracks on the album that are equal to anything Sabbath have ever done and the live show is a great listen, a fine slice of history. But it is the packaging that really bolsters things nicely. A welcome return to what has become a forgotten album and all the better for it. 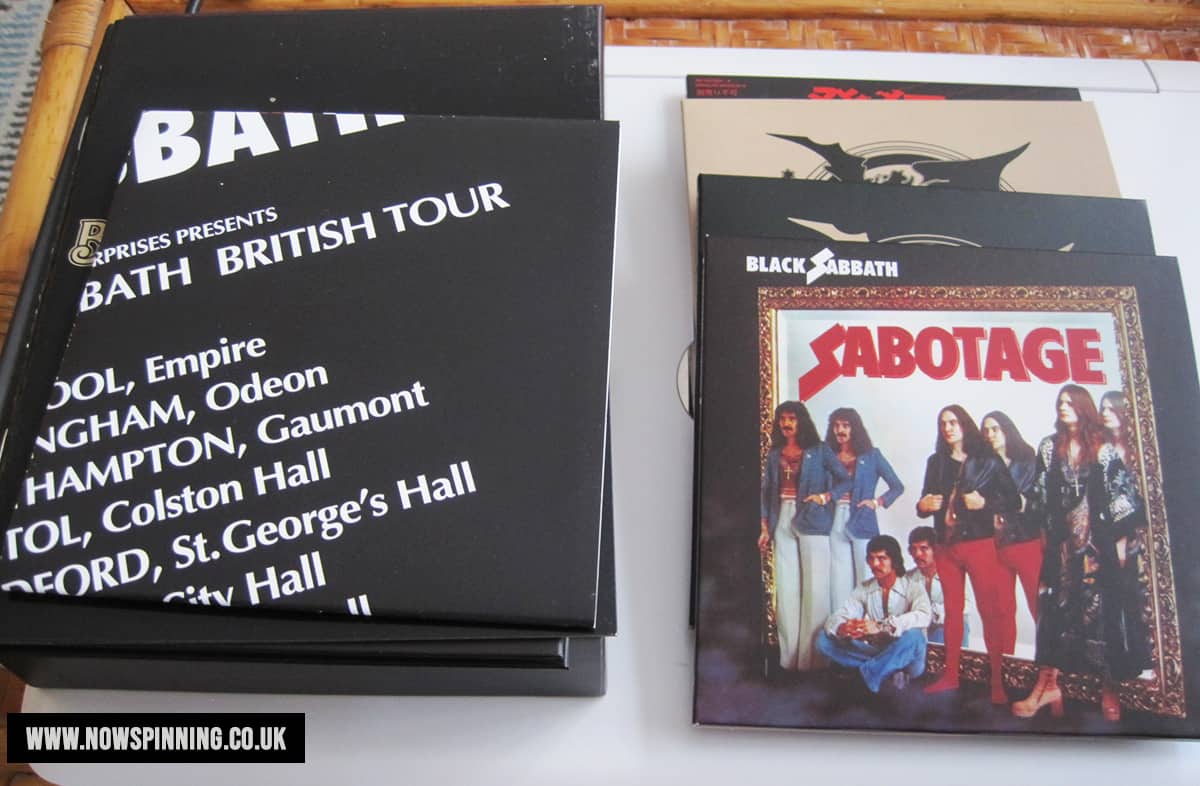 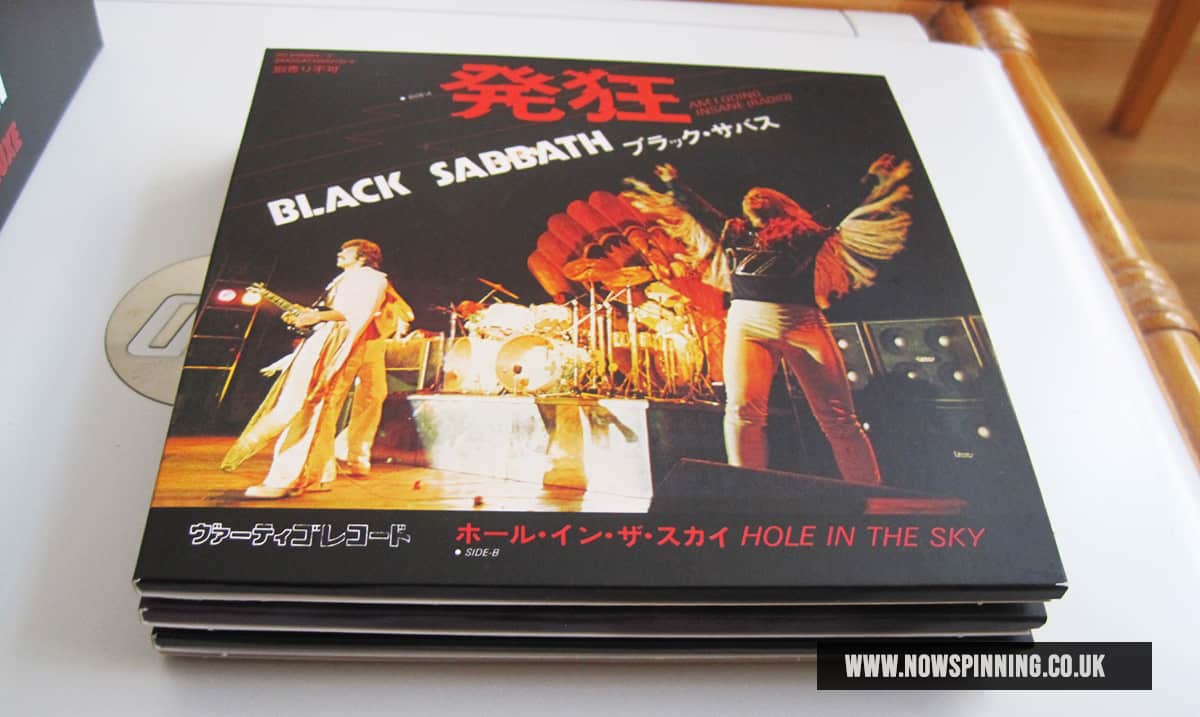 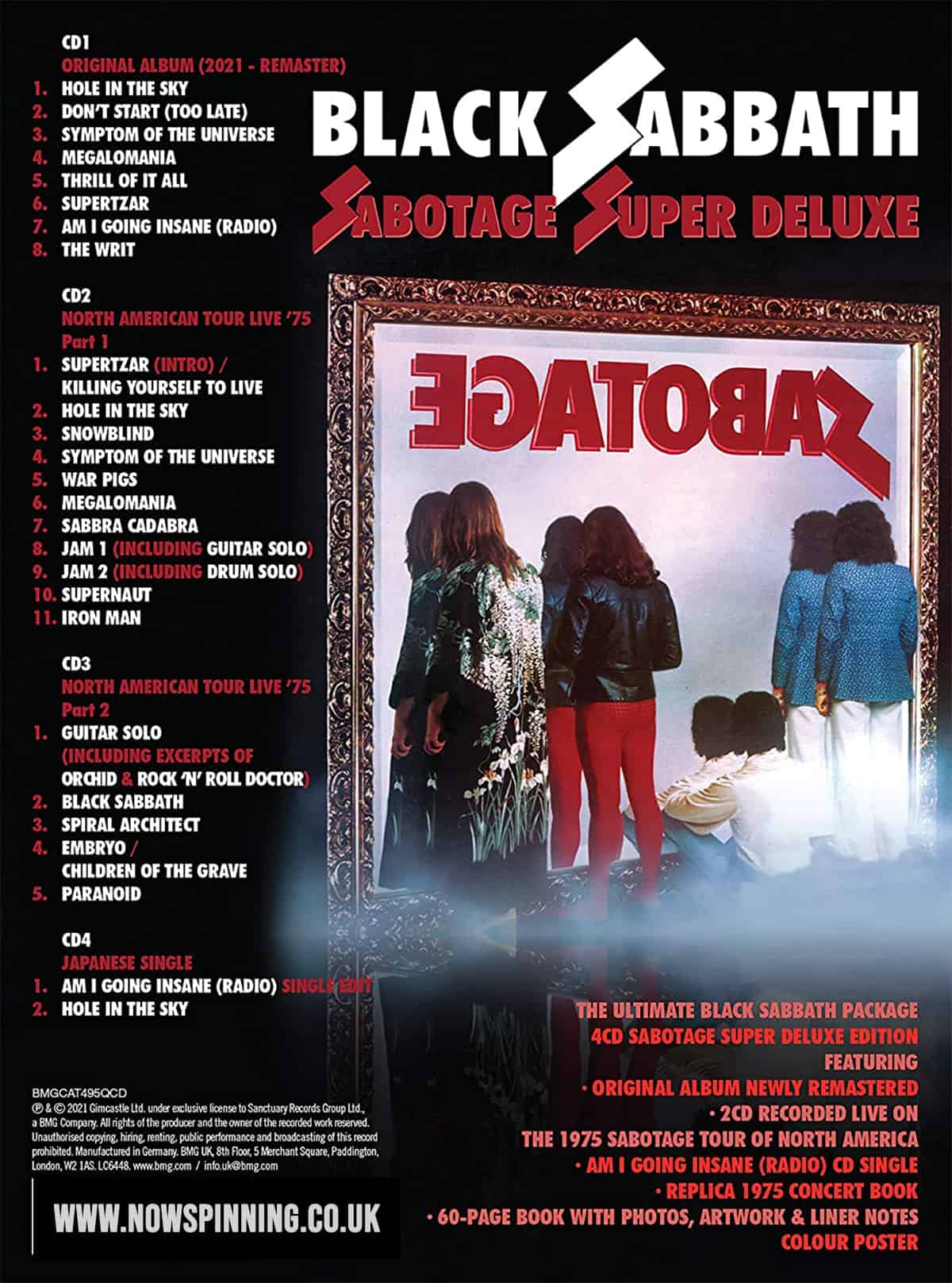 Share
UFO Force It - 2CD Deluxe Edition and Double Vinyl Previous post
What Type of Outer Record Sleeve Do You Use For Your Vinyl? - My Advice is Do Not Use PVC Next post