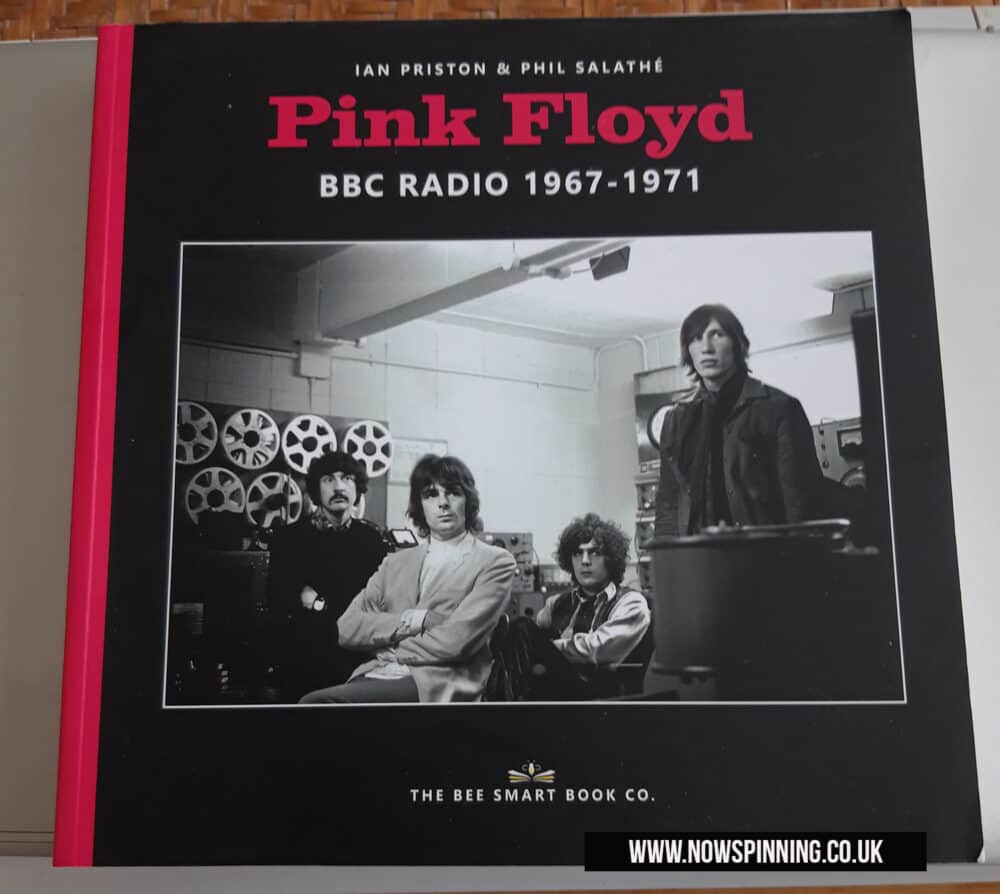 Rock band Pink Floyd had their roots in the early 60s, with some changes in personnel and name, before officially forming in the mid 60s. While many will know their Dark Side Of The moon and The Wall album, prog and hard rock classics by anyone’s standard, the band’s sound is rooted in rhythm’n’blues. And after lead guitarist Bob Klose departed in 1965, elevating Syd Barrett to the sole six stringer, psychedelia and pop were de rigueur.

While much has been written about the band (I myself have interviewed drummer Nick Mason about a number of recordings made prior to their 1967 signing to EMI Columbia, including an acetate of the five piece line-up featuring Bob Klose), this if by far the most detailed history of the band’s live recordings for the BBC. To call it meticulous is akin to calling The Alps a bit hilly.
Back then (and to a much lesser extent now), the BBC had various live outlets and they were important in making and breaking a band. The Pink Floyd (with the definitive article, as they were back then) were no exception. Programs like Top Gear and DJs like John Peel were very influential.

The first broadcast was on 3 April 1967, on the Monday Monday program, the two tracks were the debut 45 A&B, being Arnold Layne / Candy And A Current Bun, with the original line-up of Syd Barrett (guitar), Nick Mason (drums), Rick Wright (keyboards) and Roger Waters (bass). Documentation is detailed, with discussion of the performance, reproduction of press cuttings and running orders, and later photos of tapes (cassettes and reel-to-reel), transcriptions of interviews / inter song comments and so forth. Hand written notes in the Top Gear broadcast book too.

For each session, the line-up, recording and broadcast dates and track details are given and in many cases songs were still under development and may have been broadcast under a different title to what would later appear on record. The first broadcast of Atom Heart Mother is detailed and documents the referral to a newspaper (the Evening Standard) at the recording with Ron Geesin pointing to it with “You’ll find the title in there”. This is something I personally pinned down after 2 days’ research at the Newspaper Archive in north London, and was credited in Ron Geesin’s book The Flaming Cow (a book referenced a few times here).

The research is good, as, where two views are available, both are presented for the reader to make up their mind. There are also recollections from audience members and sound engineers.

What this book also details is the development in the band’s sound as David Gilmour comes in to replace Syd Barrett; there is a distinct change from the psychedelia and pop to experimental rock and progressive and stadium rock in the four years covered by this wonderful tome.

Serious fans and collectors have contributed, some by way of cassettes of the original broadcasts, and at the end of the book there’s note of how all these performances could be collated on a CD set (please take a hint and let that happen), and a chapter on other concert radio broadcasts.

This book is a work of art in its own right, a well written researched written and published labour of love. If you love Pink Floyd and want to dig a little deeper, this is definitely for you. An essential part of the archive.