This is a joint video this time with Now Spinning member Charlie White and we’re both going to be looking at the album Fragile by YES.

We are going to look at it from a different perspective. Charlie will talk about how he discovered YES and which format he prefers to listen to it on and I will also do the same.

The original album was recorded in September 1971 and came out in 1972 and I think for most people, this album probably is known for the opening track Roundabout and that’s certainly the case for me.

I discovered the album in the late seventies. I first got into YES via the album ‘Going For The One’ and then started to go backwards to find out what else the band had released. I went to ‘The YES Album’ next and then ‘Fragile’.

I can imagine what it must have been like to own this album at that time. A lot of people then would have been progressing from Slade and T-Rex into the more progressive bands like Rory Gallagher, Led Zeppelin, Deep Purple, etc. This was seen as a more serious style of music and it was a very luxurious looking album. It was the first one to use Roger Dean’s artwork.

It came with a gatefold sleeve as many of albums at that time did, it also came with a little booklet as well.  The early 1970s was the time for lavish album covers. AThe booklet showed pictures of their wives and families, so they could portray themselves as a grownup serious band. The album included classical influences which further enhanced the idea that these were real musicians playing complex music.

I’ll admit I found it quite challenging from the kind of music I had been listening to and so the track roundabout was a gateway into this world of YES. The vinyl version of the album is well known by many people so I’m going to look at other versions and then Charlie is going to look at the DVD audio version.

The version that I’m going to look at first is what was called the definitive remaster at the time. This was a foldout Digipack with a small booklet which basically mirrored the booklet that came with the vinyl one, there were a couple of extra tracks, but that was it. The version I want to focus on for this review is what I would class as the definitive version of Fragile. This is the CD / Blu Ray DVD one put together and mixed by Steven Wilson from Porcupine Tree.  You might be thinking do I need another version?

This really is the definitive version. The level of detail behind this is fantastic. They even produce the small booklet which came with the original vinly album. The main booklet is larger than you average CD booklet and it goes through all the different versions which are included on the Blu Ray disc.  You can see in the video why I think it is the ultimate version as you get the 2015 new stereo mixes by Steven Wilson, plus the original stereo mixes. Then there are the 5.1 surround sound mixes, these are all produced from the original multi-track tapes by Steven Wilson himself. On top of that, you then get lots of extra tracks that had not been heard before. Some of these are outtakes again, but they’re all unreleased at the time that this was released.

But wait there is more! There are also new stereo instrumental mixes,  an early mix of a roundabout and they have even included the original 5.1 mix from the DVD and finally a needle drop from the actual vinyl transfer. So basically you get every version of Fragile by YES that you could ever want.  I think it’s absolutely stunning.

So now let’s go over to Charlie and he’s going to look at the DVD audio version and how he discovered this album as well.

Hi, it’s Charlie now it’s my turn and now I can take a stab at Fragile by YES, this is the DVD-Audio version of the album. My history with this album is rather in some ways, my entry into, the music of YES. It started with a compilation tape cassette that I had got from a friend of mine. And then I, heard Owner of a Lonely Heart  I bought that album on record.  I knew the hits from the 80s but wasn’t really into their albums. Only when I got into Compact Discs did I start to delve deep into their catalogue. And one of the first, the first YES albums ever got on CD was Fragile.

What drew me to Fragile was a hit roundabout, but it goes further than that. I went further into the deeper tracks like Rick Wakeman’s Variations on Brahms, then Southside of The Sky,  Long Distance Run Around. All great tracks. All of this was my real entry into Progressive Rock from the 1970s and from there I worked my way backwards through the entire YES back catalogue.  Fragile, Close To The Edge and Going For The One. are all classic albums but Fragile is a great place to start if you want to get into YES. 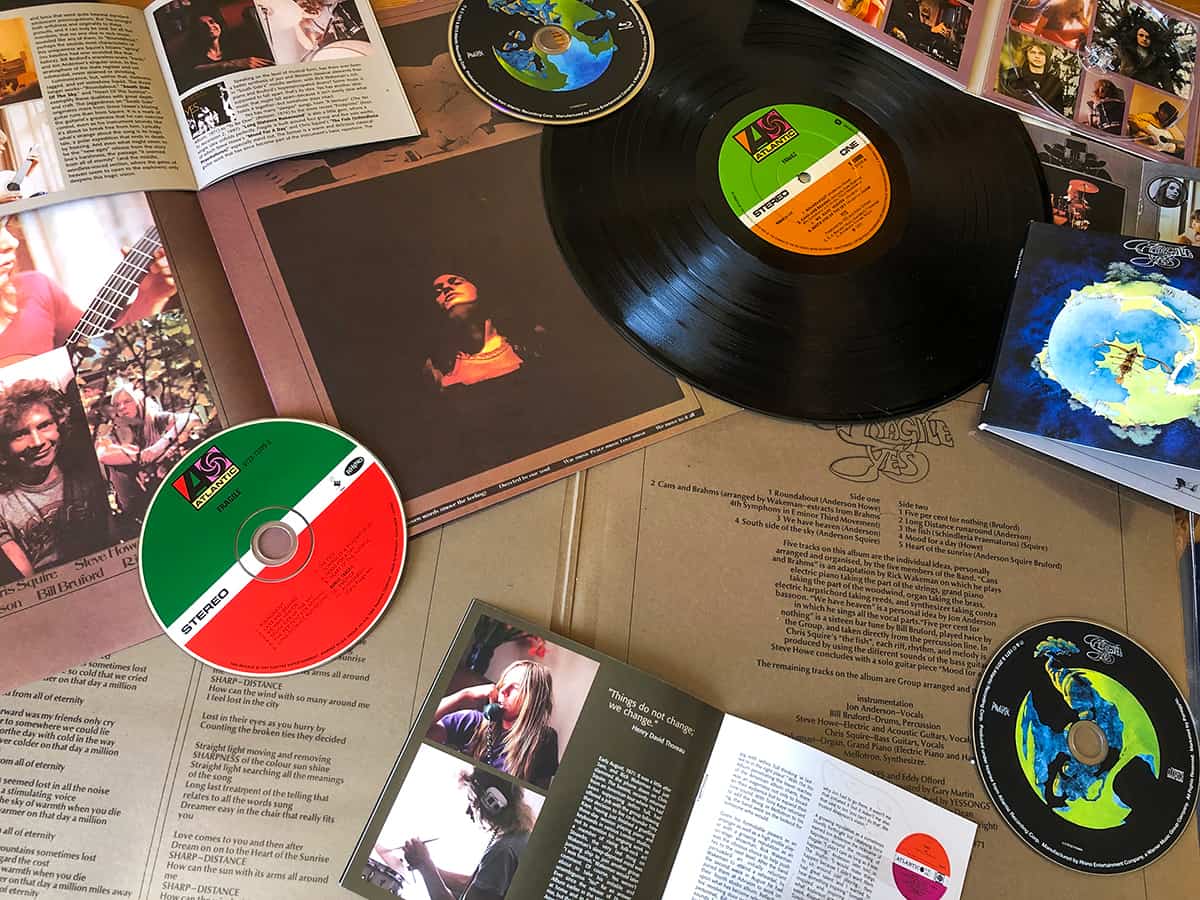