Montrose : Montrose : 1973
Warner Brothers Records – Produced by Ted Templeman
If I had to leave planet earth and I could only take one album with me it would be this one by Montrose.
Undoubtedly one of the greatest rock debut albums of all time and thanks to the production by Ted Templeman it still sounds like it was recorded last week.
For me, at the tender age of 15, it seemed to give me a template for life, everything I needed to know seemed to be within this album.
Over the years whenever I have needed a lift I have played this album, when things have gone well I play this album. I call this getting a ‘Montrose Fix’.

In this video, I give my personal recollections about the album, going through each track and then looking at the original vinyl version and the two-CD versions I would recommend.

In the video are the following versions

The first Montrose record has always been a critic’s favorite. It never made the top 200 in America, but in England, France, and Germany it was a top 10 record. This is the most flattering review I’ve ever had for any musical project I’ve ever done in my life!

I’m so proud of that record especially being my first record & first songs I ever wrote in my life. To have this validation 40 yrs later I don’t even know what to say except thank you to everyone that have been on board since Montrose, especially this guy! – Sammy Hagar 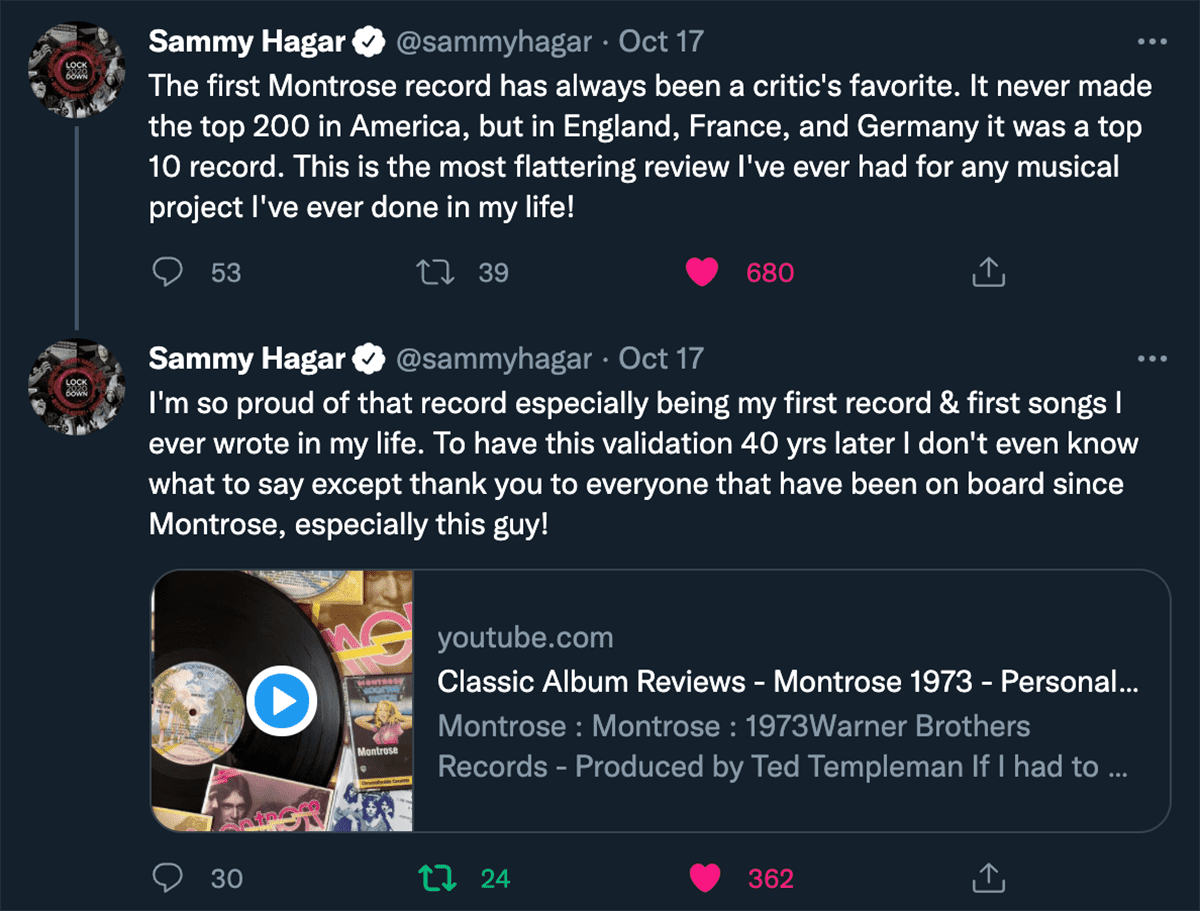 Thank you for watching and your support.