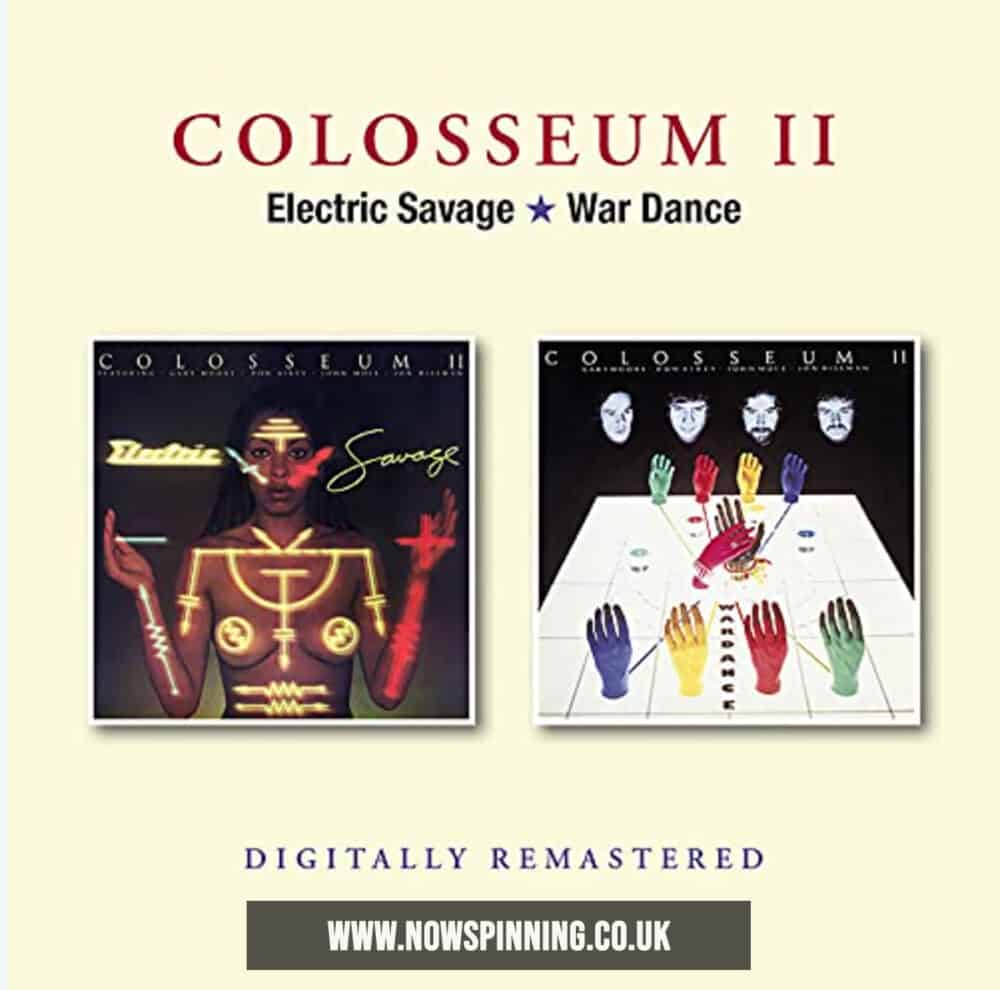 I am very pleased to see this release come up on our schedule as getting hold of a CD version of Electric Savage, in particular, has become very difficult. When people think of Jazz-Rock or Fusion we tend to always look towards the USA but here in the UK we had Colosseum 2 who released two very underrated albums in 1977.

This was an amazing thing to do as in 1977 the UK was in the middle of the Punk explosion and the musical climate could not have been more difficult for this style of music. However, the UK rock fans these albums have grown in stature over the years especially for fans of Gary Moore and Don Airey.

Gary Moore went on to Thin Lizzy again and a successful solo career. Jon Hiseman had a long and diverse career, writing film scores and playing with wife Barbara Thompson in the United Jazz + Rock Ensemble.

Don Airey has played with a who’s who of rock bands over the years and is now the keyboard player in Deep Purple.

Digitally remastered and slipcased, and with extensive new notes.