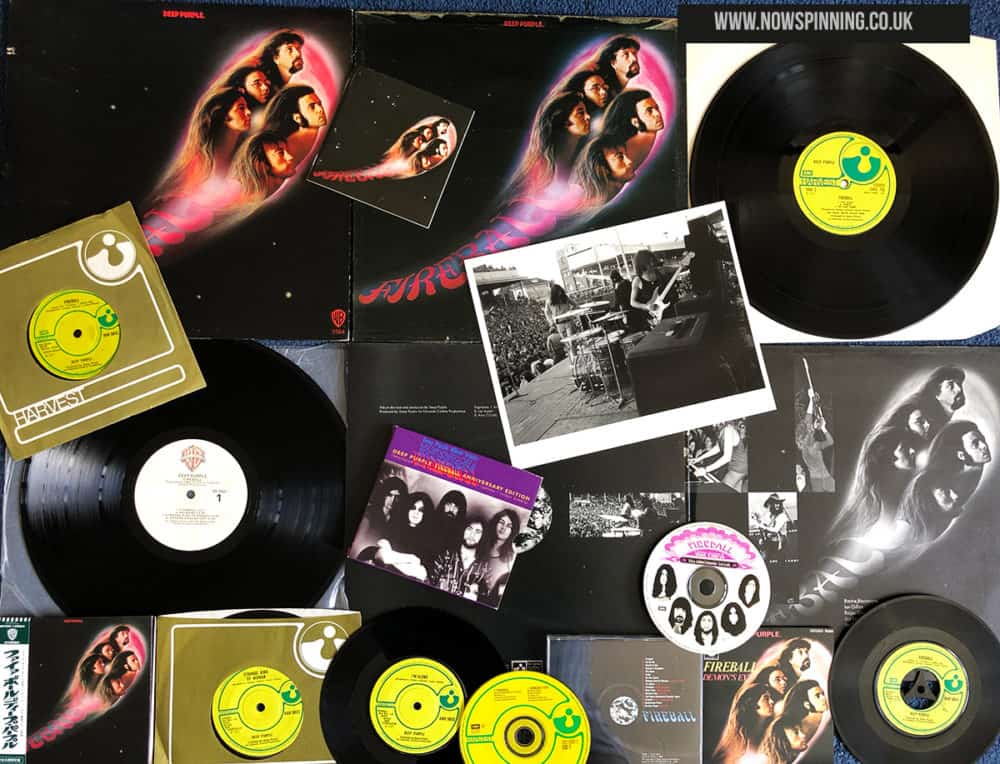 My introduction to Deep Purple came via a friend lending me Machine Head on cassette in 1972. I had gone to buy what would have been my first ever album and finding the shop had sold out came home with ‘Deep Purple In Rock’ instead. The next album I heard was ‘Made In Japan’ and then ‘Who Do We Think We Are’ in early 1973.
I was 14 and realised that there was still one album I had not heard ‘Fireball’. I knew the single ‘Fireball’ because the Radio 1 DJ ‘Stuart Henry’ had played it on his show a few times.

So money being scarce I borrowed a copy from the school music library and took it back to my friend ‘Paul Mansell’s house so we could hear it together and he could tape it on his Dad’s Reel To Reel tape player.
We knew the album had got to number 1 in the album charts so were expecting a cross between In Rock and Machine Head. Once we got the other side of the opening track ‘Fireball’, it was apparent this was a very different album indeed.

The second track ‘No No No‘ started with no real introduction and was quite laid back. However, when the slide solo guitar arrived with that bass riff and then moved into that almost funky section, I was hooked! It might not be an overly complicated song, but to me, this was more PROG than the Deep Purple I have heard up to this point.

Demons Eye was next unless you were in the USA where the 2nd single ‘Strange Kind of Woman’ was used instead. It always amazes me that in the USA some people may not have heard ‘Demon’s Eye’ until the CD re-issue arrived. The song rocks around a shuffle (like a slower ‘Black Night’) with some great playing from Jon Lord and Ritchie Blackmore.

The next track is the country-tinged ‘Anyone’s Daughter’ which to my young ears seemed almost a change too far. Why was this track even here when ‘Strange Kind of Woman’ could have been in its place? The single was already hard to find, so this seemed a bit of an error from my new musical heroes. Even the B Side ‘I’m Alone’ might have been a better choice.
Looking at it now through the lens of time, I can see how ‘Anyone’s Daughter’ fitted in with the more experimental side of the band. Lyrically it very clever and they even played the song on the Battle Rages On Tour decades later.

Side two opens with ‘The Mule’ which I only knew as the vehicle for Ian Paice’s drum solo on ‘Made In Japan’. Here the song takes on another dimension again with excellent rhythm playing from Roger Glover and Ian Paice. There are great vocals from Ian Gillan and an almost psychedelic keyboard solo from Jon Lord until Ritchie Blackmore’s staccato guitar solo breaks through the phased background.

The next two tracks are my favourite from the album and perhaps explain why this is Ian Gillan’s favourite Deep Purple album as well.

‘Fools’ starts like no other Deep Purple track at the time, with a gently almost eerie vocal from Ian Gillan over a haunting keyboard backing. Then there is a change in dynamics that nearly always made me jump no matter how many times I tried to guess the exact point it would start.
Ian Gillan sings this with such passion and the instrumental section where Ritchie Blackmore uses his volume control to give the guitar an almost cello sound is sublime. (This section was also used in the live renditions on Space Trucking for years).

The vinyl album finishes with  ‘No One Came’ where a pounding and simple riff acts as a background for Ian Gillan to spit out some of his best observational lyrics about being in a band and the limelight. The song structure also allows plenty of instrumental prowess from Jon Lord and Ritchie Blackmore.

The 1996 CD Remaster
This collects together the outtakes from the Fireball sessions.

The key tracks are 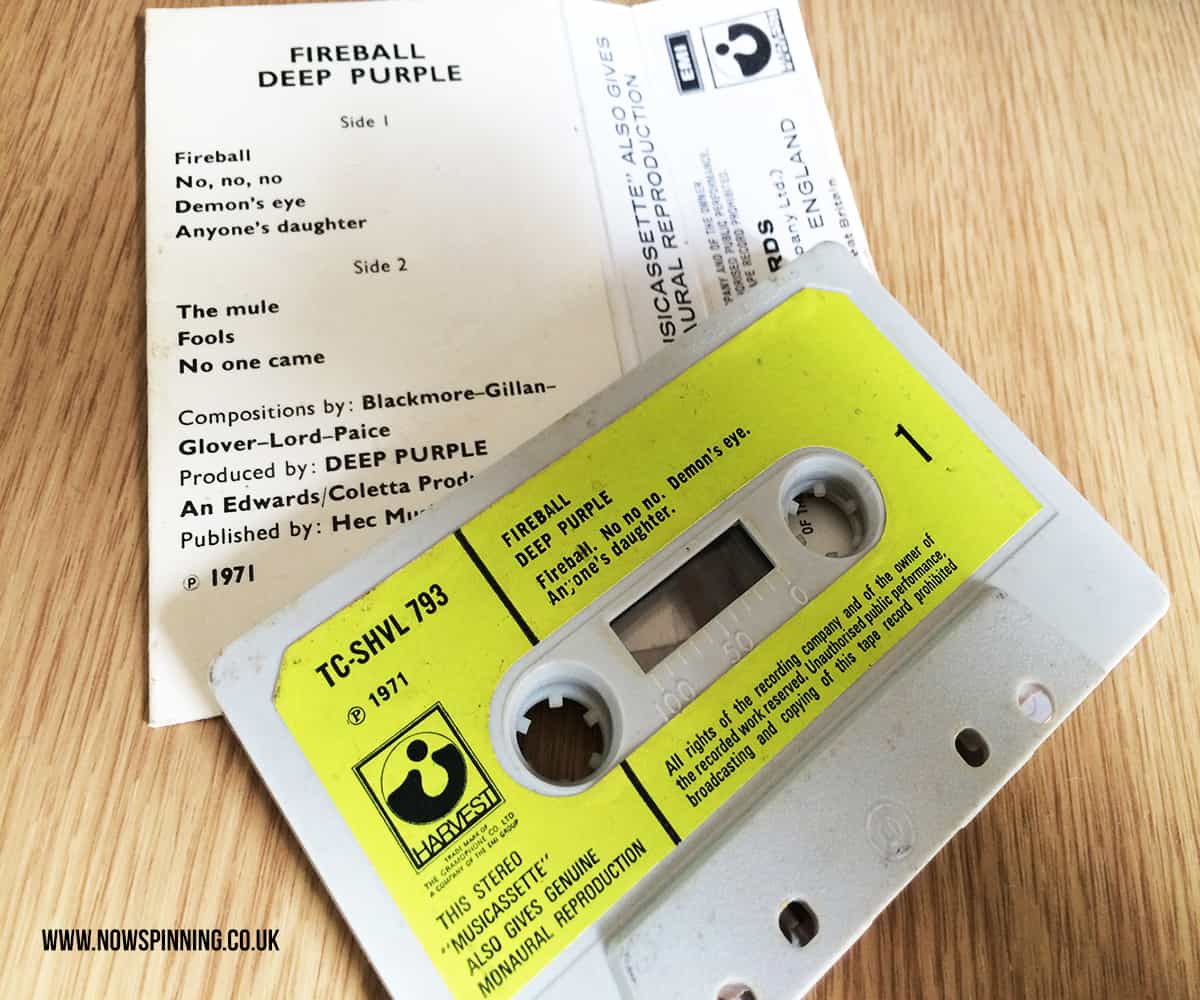 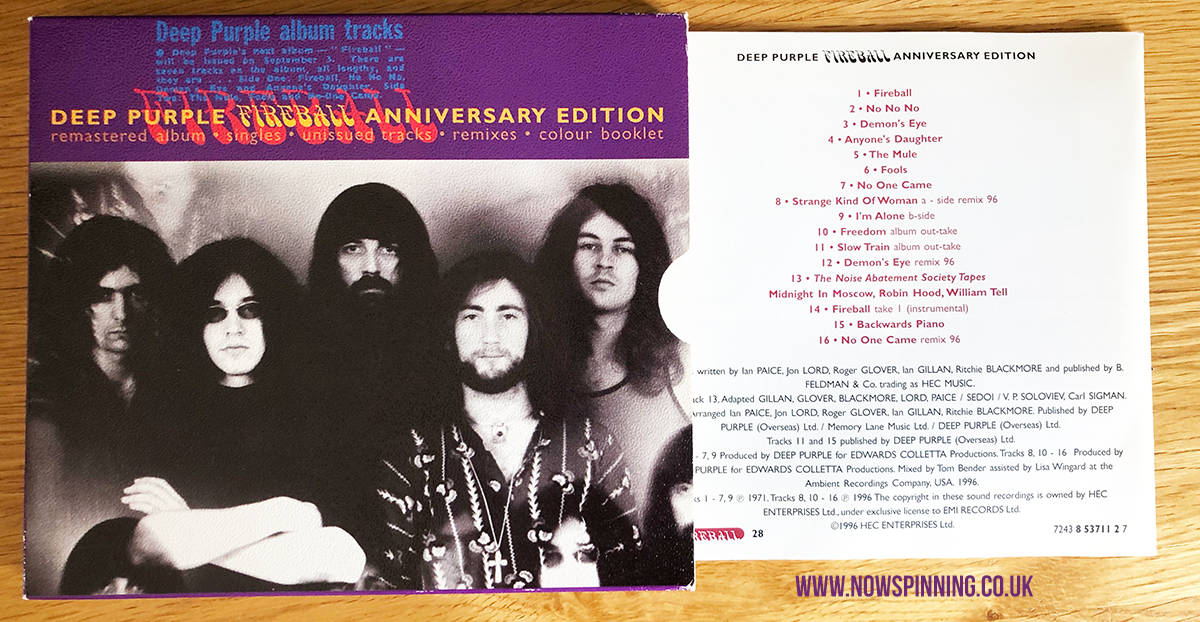 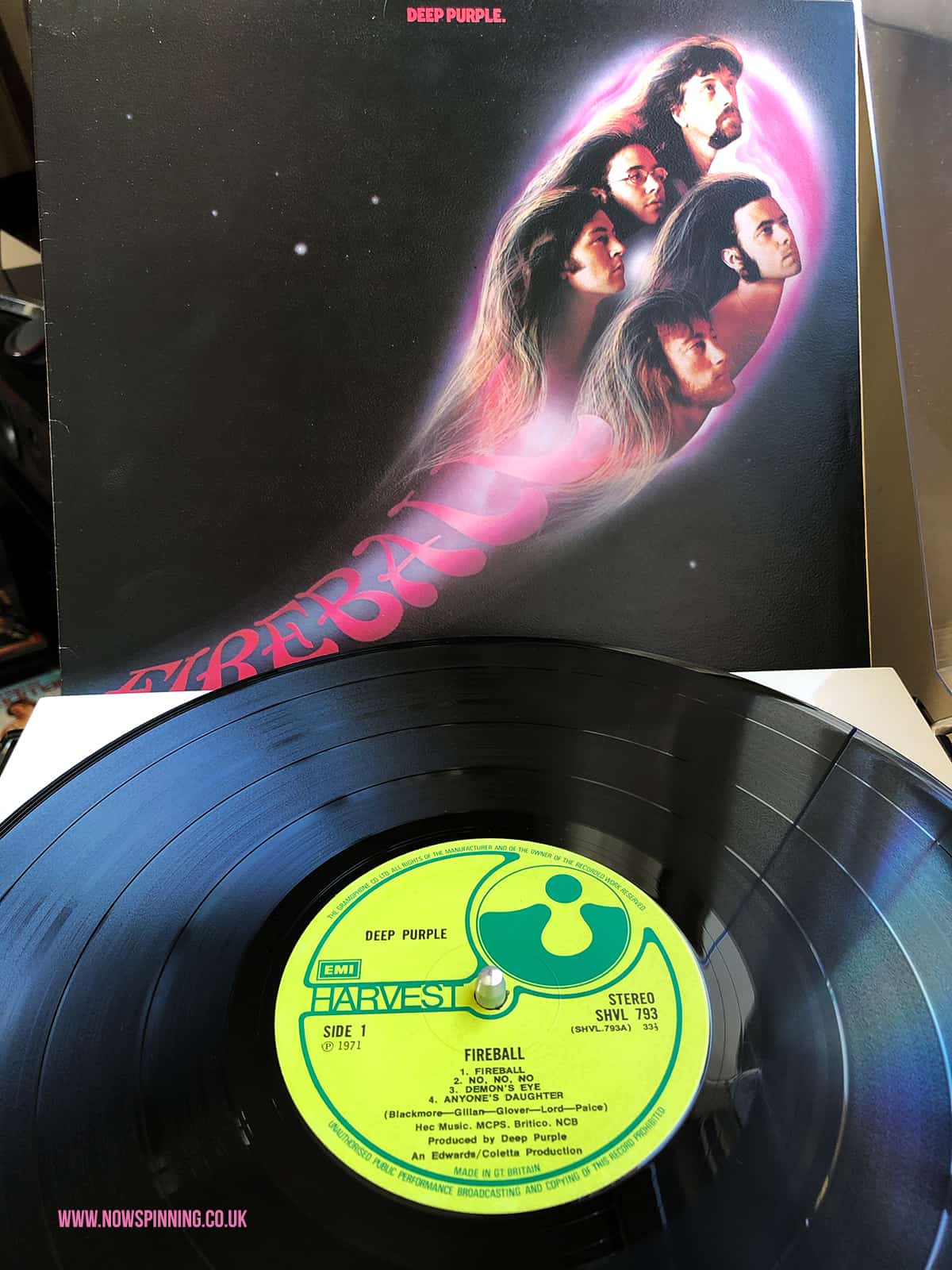 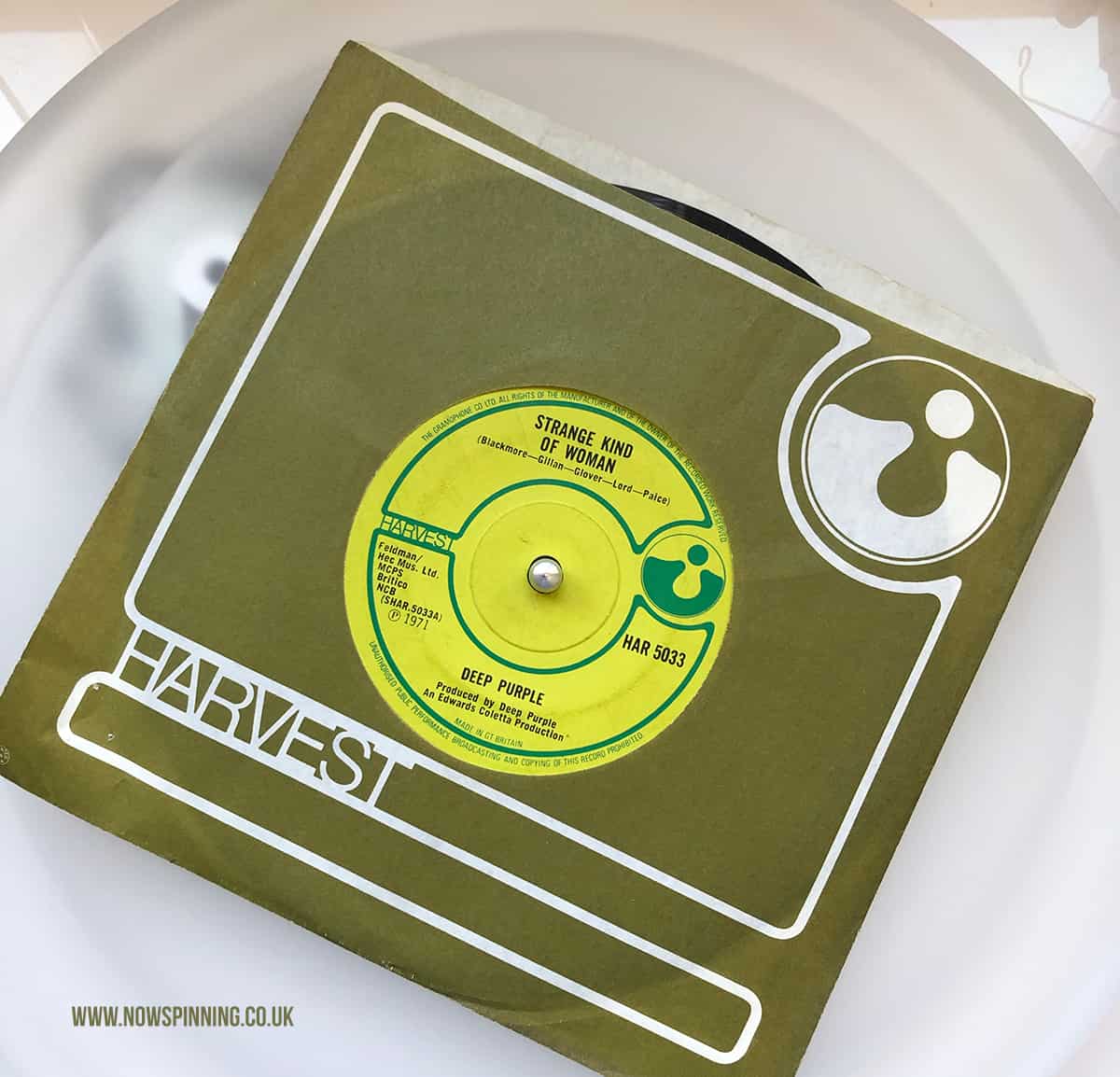