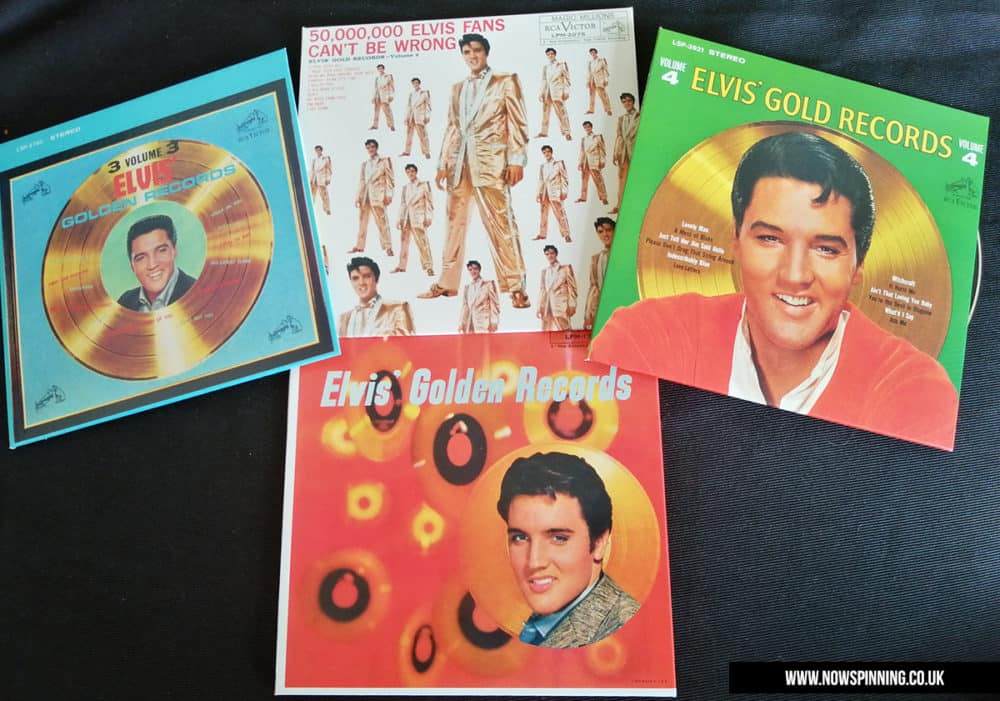 The “Best of” or “Greatest Hits” compilations are the staple of the music industry. Artist flagging or being a bit slow on the new studio album? Then knock out a hits collection to keep the cash rolling in and the artist in the public eye long enough for the mortgage or divorce settlements to be paid.

Arguably regarded as the first-ever rock’n’roll hits package, Elvis Presley’s Elvis’ Gold Records set the bar high. Released on 21st March 1958 it was a blatant marketing ploy of the highest order. Presley was a few months into his National Service with the US Army in West Germany which could have had serious repercussions for the star at the very height of his career. The fickle nature of this new fangled rock’n’roll meant that the records and films had to be churned out on a factory conveyor belt in order to keep the stars in the public eye. And Elvis was the biggest. For him to go missing, albeit, in the service of his country could be a potential career and financial disaster.

Presley though had one man in his corner. A dubious character of dubious background Colonel Tom Parker used all his “carny” showground background to begin managing acts pre-WW2 eventually “discovering” Presley and becoming his manager and overseer of all of his client’s career.

The inns and outs of the Colonel’s managing, or mismanaging depending on one’s view, are well documented but in 1958 he couldn’t manipulate the US Army and his star was off into uniform. Together with the RCA Victor marketing people he had to keep Elvis Presley in the public eye until their star served his time. One such money-spinner was an album of hits

Elvis’ Gold Records contained 16 tracks, nine of which were No.1’s. All the recording were hits from 1956-57 from those legendary recordings at studios’ in Hollywood, New York and Nashville over that initial period when rock’n’roll music was in thrall to The King.

…. let’s just stop there and savour those first five tracks on the album. Is there a better start to a hits selection from any artist in any era?

For a first compilation of hits, you can’t do much better. There was a few obvious omissions. No Blue Suede Shoes. As was the way at the time the tracklisting above refers to the US version. The UK version replaced Loving You, Jailhouse Rock, Teddy Bear and Treat Me Nice with tracks not released at the time in the UK, namely I Love You Because, You’re A Heartbreaker, I’ll Never Let You Go and I Forgot To Remember To Forget. The reason? Simple public demand if you believe the sleeve notes to the UK set. As the four replaced tracks had seen the light of day in the UK but what better way to get the UK Elvis Presley fans to fork out for stuff they already had for the four they didn’t. That modern-day trick isn’t new.

Elvis’ Golden Records worked it’s magic in the charts in the US reaching no.3 in the Billboard charts. It spawned 4 more volumes over the years in the Gold(en) series. Next came Elvis’ Gold Records, Volume 2 (aka 50,000,000 Elvis Fans Can’t be Wrong, a title added only in 1962 for the marketing of a “stereo reprocessed” version). Volume 3 came along in 1963 covering perhaps the last great period of Elvis’s singles including Are You Lonesome Tonight, Stuck On You and the glorious It’s Now Or Never.

A five-year gap to the next in the series says a lot about Elvis’ chart success over this the period of the British Invasion in the US. It includes just one Top 10 single (You’re the) Devil In Disguise. It took until 1984, seven years after Presley’s passing for Volume 5 to appear covering the years 68-77 with Suspicious Minds, In The Ghetto and Burning Love having graced the Top 10 in a period he rediscovered his musical worth.

There are hundreds of Elvis compilation albums. Tom Parker made sure the gravy train kept moving along at high speed while Elvis was at his height and post-77 the endless stream of almost yearly re-packaging of the Presely hits empire keeps it ticking along nicely. The reissues of the Gold(en) sets have all added several tracks to each volume adding in the missing hits omitted from the original releases and every new one covers all the bases

But if you only have one Elvis Presley compilation make sure it’s the first one, Elvis’ Golden Records. The first and the best. 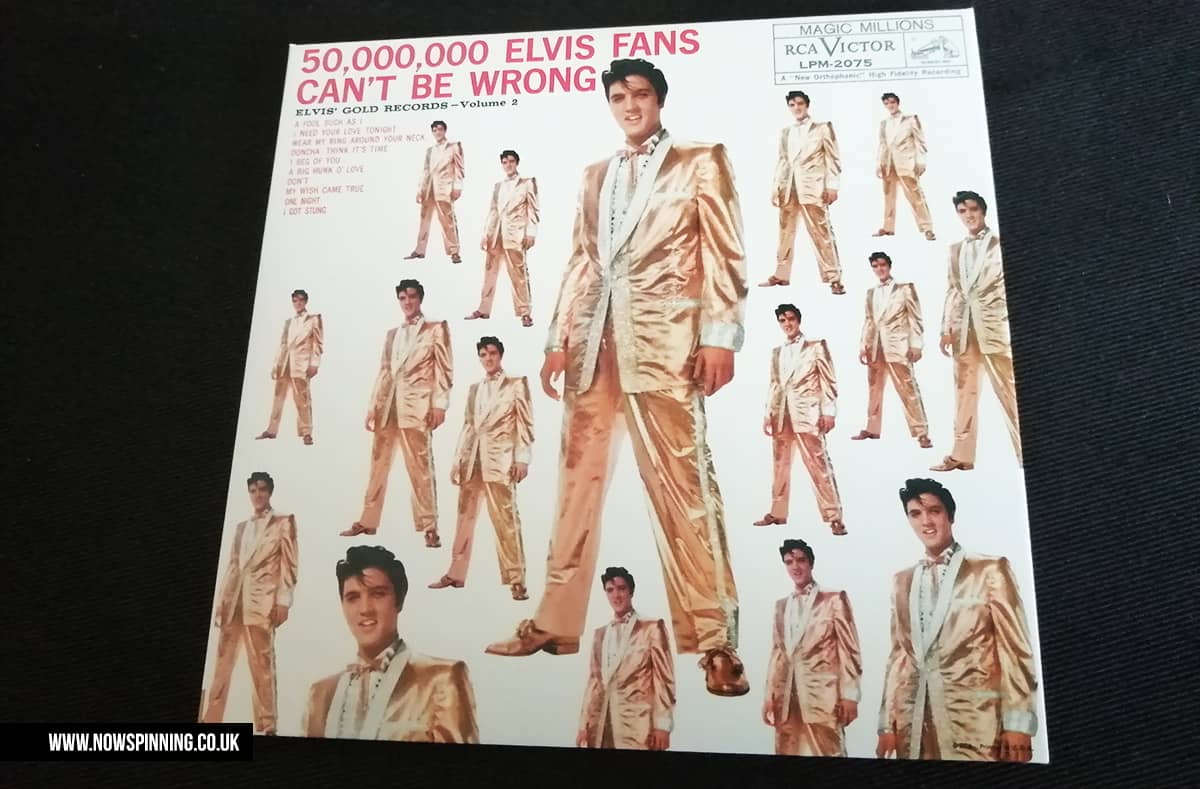 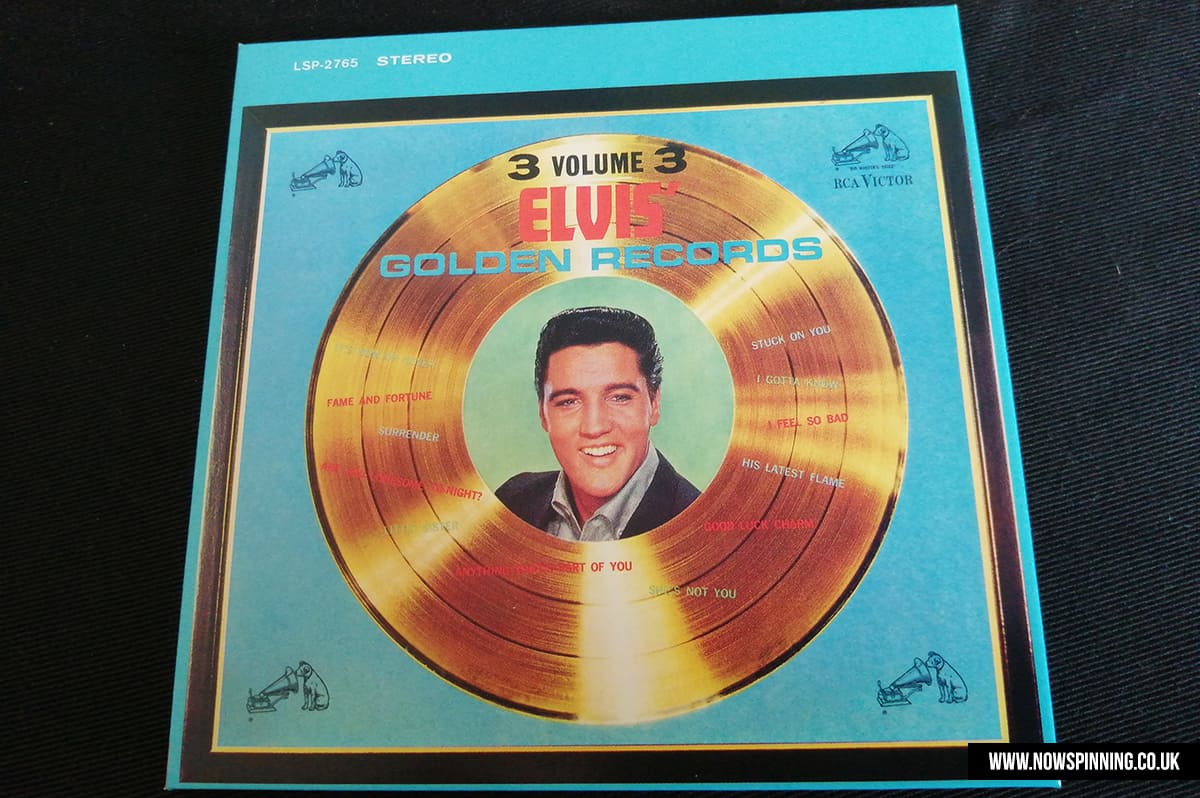