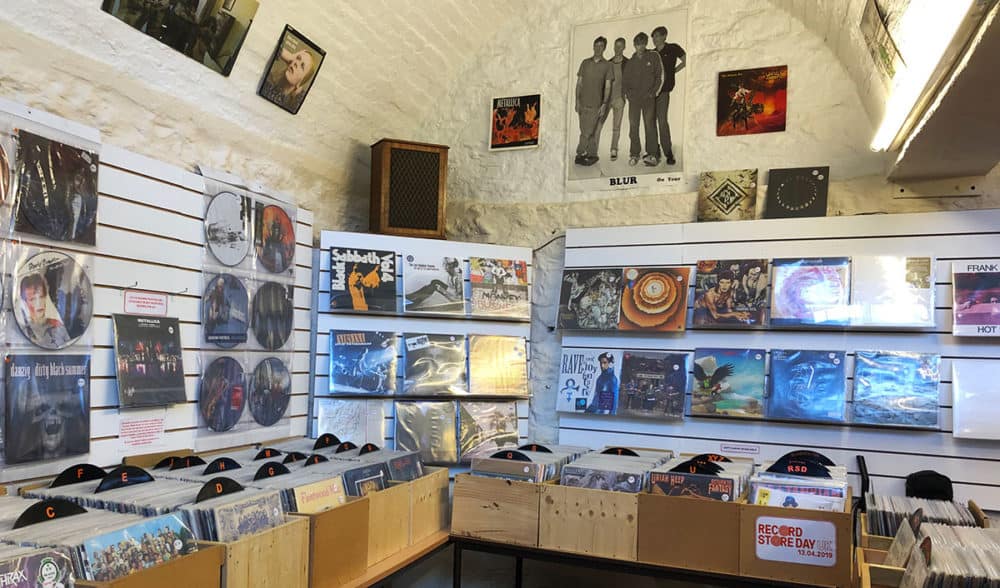 Have We Lost Record Shop Etiquette?

So vinyl is back! People used to think I was an eccentric freak collecting vinyl. Now I’m told I’m riding a trend setter, a hipster, even. A hipster without a beard.

The difference between say 5 years ago, when people didn’t know how to talk about vinyl and now is that today is amazing. Now I have to apologise about collecting vinyl and tell people I’ve been collecting it for years. So i’m not a hipster after all.

I’ve always felt that records where in the blood, my great grandfather collected 78s (which I have). I remember as a very young child feeling “happy” holding my Dad’s hand as he looked at the Jazz records in Harrow, in London. My parents, even sat my brother and I down one day and asked us what we would collect in life. My brother chose bird eggs, which is has since dropped and coins, which he still collects. I knew it was going to be records, even at that age, I had no way of getting to a record shop, let alone having the money to buy any.

Looking in Record shops (wasting time, my mother called it) was something I’ve done all my life. When I was at Technical College, I had an hour wait to get the bus home, I didn’t walk the streets, I stayed in the warm of Revolver Records. I guess there has been 20 years when vinyl went out of favour. Especially in the nineties and noughties, where I didn’t “waste” so much time. I probably sent it searching on the internet for obscure CDs instead.

But vinyl is back and so is the record shop, well on a smaller scale. While I admit that HMV is now shrunk in size, people are making money selling vinyl. We have Eel Pie Records in Twickenham, Sleeve Note Records in Richmond and Banquet Records in Kingston. So we are not short in feeding the addiction. These record shops are all laid out in the way you would expect, with record and CD racks for you to peruse at your leisure. For me, it’s about finding a place to “start”. Maybe I’m OCD but there needs to be a method, so I know where I started looking and where I know I”ve finished.

Ben’s in Guildford is a great example. As you work your way through the racks there is an unwritten etiquette. When you start looking at a rack, it’s “your” rack, there can be no interruptions and you work down it. You have the choice of records from that rack. Reminds me of that saying in the playground, “Finders keepers, losers weepers”.

You might, work round people, sometimes nod at people to switch racks. I like to be polite and say, “shall we swap racks”. I’ve got into interesting (to us) discussions about obscure record labels, with people by saying this. Other people like to keep quiet, fixated in their own heads as they look for that obscure bootleg.

So, you can imagine my horror when on Record Store Day (RSD) plus one when I was in Eel Pie Records in Twickenham when there I was looking through a rack when a bloke starting reaching in and looking at the records in my rack. Not only did I think this was bad form but it broke my flow and concentration. In fact as I went through the records, he actually started grabbing things from within the racks, which was somewhat annoying.

It got me thinking afterwards, maybe record shop etiquette isn’t what it used to be. Maybe CDs and searching online killed it off. Or maybe people believe the hype over RSD? Maybe they feel that have to grab records before you get them? At one point he actually tired to push me out the way as he lunged for the Ramones, but I had worked out what he was up to and he missed.

It reminded me of the school tuck shop, where it was every person for themselves. No queue, no order, you just pushed to the front to get served, a hierarchy of survival of the fittest. As I say, maybe this was just RSD nerves, but I wonder if all those fallow years where people purchased CDs on the internet means that people have forgotten that a record shop is a community. It’s a place to be mellow and wallow in your love of vinyl. It’s not a pace for pushing, shoving and getting “there” first.

What do you think? Would be interested in your comments below.