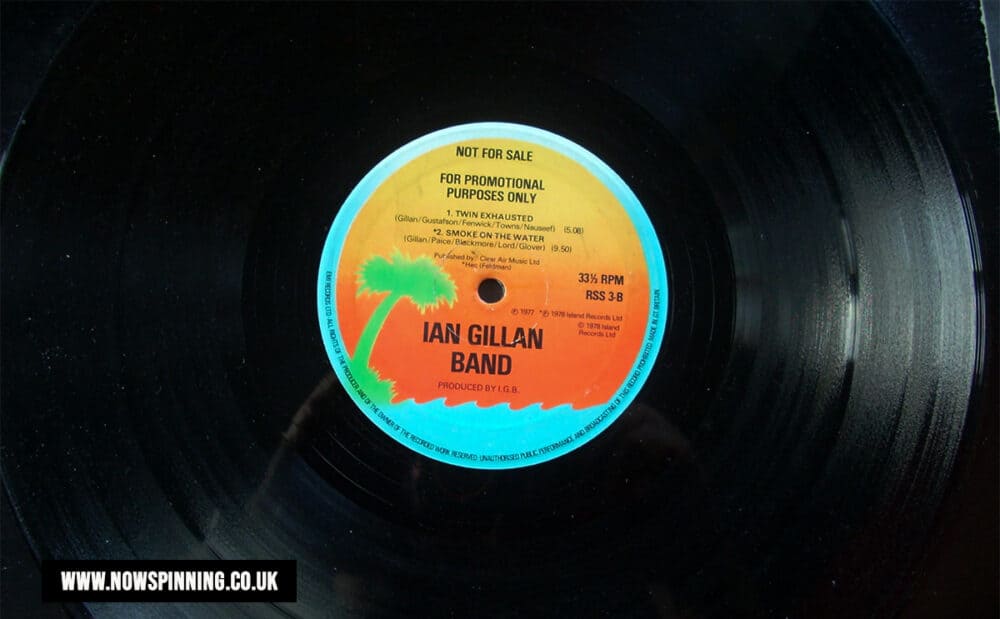 This is a story from one of our writers and contributors Joe Geesin who also writes for Record Collector Magazine. It first appeared on our private Now Spinning Facebook Group but I felt it deserved a wider audience.

It shows what you can if you follow your heart!  Phil Aston

Ian Gillan  – A Story
After a couple of recent posts in the Now Spinning Community, and a nice rarity at the hands of Phil Aston, I thought I’d share this story as, without Ian Gillan, I probably wouldn’t be here now doing what I do.

In terms of hard rock bands, Gillan were my first love (before Deep Purple), and the first band I started collecting. While at University, I started reading Record Collector Magazine and I wrote to them pitching a feature, I had a passion and a lot of rarities, and they’d already covered Deep Purple, Rainbow, Whitesnake and Black Sabbath. They liked the idea and within a month or two of finishing Uni I got a phone call from the editor with the commission.

I made enquiries with Gillan’s management and next thing I know I get a phone call from Ian Gillan saying he was on tour but was interested in doing the interview!

He was out of Deep Purple then and I’d recently seen him on his Naked Thunder tour at Brighton, where I also got to meet Ted McKenna and Chris Glen (I’d seen him at Edwards No 8, Birmingham, on his Garth Rockett tour).

A year later his manager gave me a free ticket for his London Marquee show on the Toolbox tour (met Janick Gers in the audience, and spent ages talking with Mick Box from Uriah Heep about a very drunken Japanese tour).
The feature appeared in 1993, by which time I’d been commissioned for a Nazareth feature (and we all know where that led).

I’ve since worked with Bernie Torme and John McCoy, I first met them (with Colin Towns) at Paul Samson’s funeral, and Mick Underwood is a drinking friend whenever I visit London. John once asked his record label for me to write the sleevenotes after he’d liked a few of my reviews.

Pictured here are two promo only 12″ singles, both cost me 50p each at a market. The first is a sampler for the Ian Gillan Band Live At The Budokan album, a UK promo for an album not issued in the UK at the time (although a catalogue number was assigned), and a promo for the Mr Universe album.

The only reason Mr Universe didn’t sell more was that the label went bust after the album hit #11 in the charts on its first week of release.

This is how my passion started. 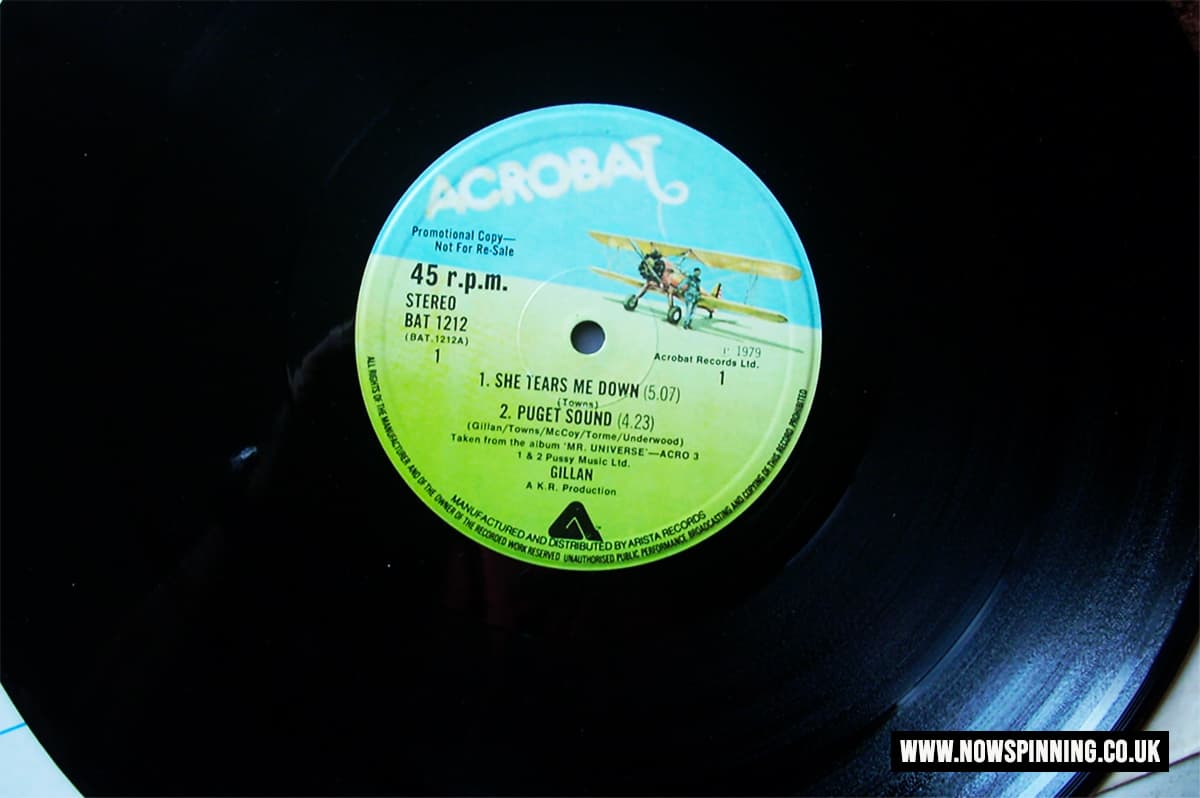