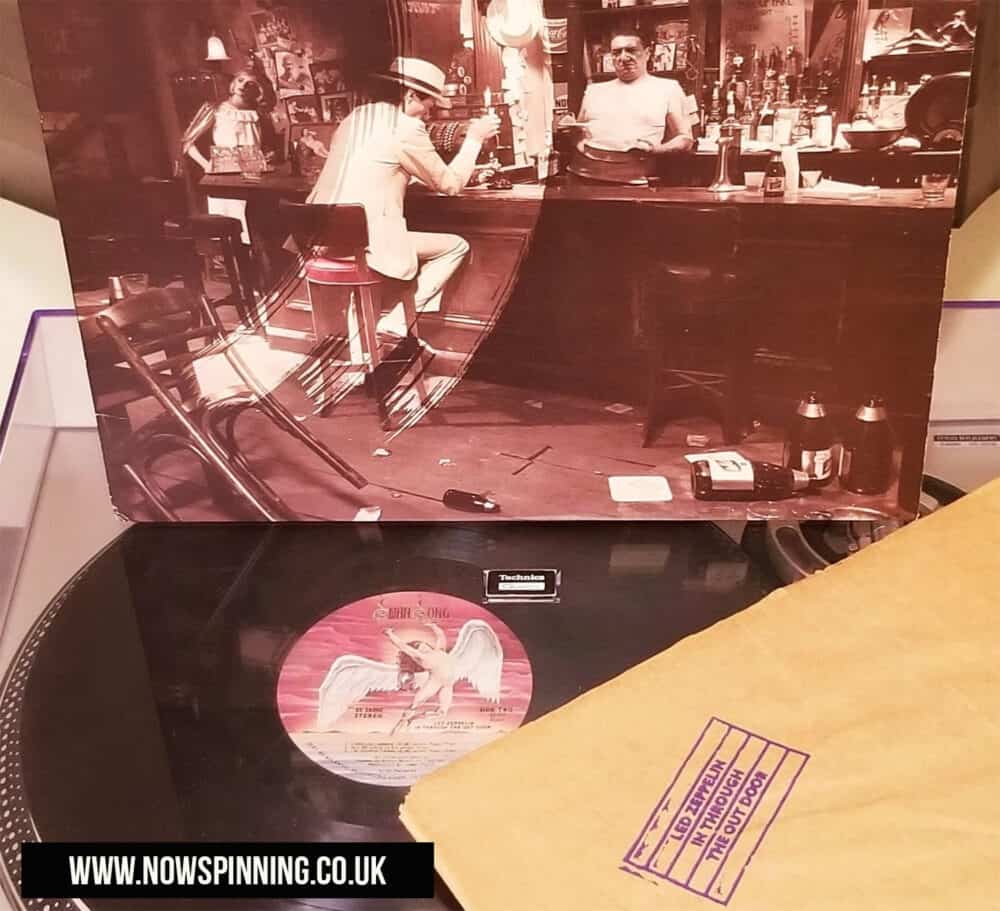 In Through The Out Door – Led Zeppelin at Knebworth

In Through The Out Door. Today (4th) is the 43rd anniversary of Led Zeppelin’s legendary first Knebworth gig.

In many ways concert going has been a downhill experience for me ever since, because simply nothing can compare with the gravitas, anticipation and excitement of that event.

Never mind the official attendance, I’m certain there were well over 200,000 there by the time the band hit the stage that night. Never seen so many people in one place before or since.

The memories of that weekend are with me all the time, ably assisted by the definitive book on the subject, Then As It Was, written by my good friend, Now Spinning Group member and the world’s top Zep expert Dave Lewis which, among many others, features my personal recollections of the whole event – the lead up, the day itself and the aftermath. Dave has again kindly reproduced my thoughts in his annual remembrance of this epic gig at the Tight But Loose website

In Through The Out Door, which fate decreed would be their final studio album, is inextricably linked with Knebworth 1979.
Recorded at ABBA’s then state of the art Polar Studios in Stockholm, ITTOD got its first high profile public airing on 4.8.79 in the form of the epic In The Evening and the tongue in cheek Hot Dog.
Released later that August, ITTOD notched up phenomenal sales in the US and is credited with rejuvenating the record industry at that time.

The Knebworth gigs represented a rather different mood in the Zep camp compared to their last, somewhat ill-fated, tour in America in 1977 and ITTOD did much the same thing, in comparison with the previous album, 1976’s amazing Presence.

Here was a band essentially reinventing itself for a post-punk world. While there was a stylistic connection with earlier work, this set covered a wide sonic palette and you can sense that here is a band rediscovering itself and preparing for the 80s which were, as we all know, ultimately never to happen for Zep.

South Bound Saurez, Carouselambra, Fool In The Rain, All Of My Love. Amazing music that only sounds better with the passing of time. In The Evening clearly a special Zep moment and what about I’m Gonna Crawl which, through nothing other than coincidence, seems a perfect way to end a studio recording career that set records all the time.
In Through The Out Door by Led Zeppelin is still a fantastic record to play, seen here as a near mint original US pressing on Swan Song with the brown paper outer bag still intact. Vinyl will indeed be spun in celebration this evening.