This fabulous 6 CD box set, from Cherry Red Records’ Cherry Tree folk label, is arguably the ideal follow up to my recent review of the superb 7 CD Pentangle The Albums 1968-1972 set.

John Renbourn, who very sadly died in 2015, was of course a key member of Pentangle for its entire lifespan and, along with equally legendary band member Bert Jansch, he counts among the most important guitarists of the 60s and beyond, influencing generations of players across multiple genres. He was also an early adopter of the sitar.
Yet again, Cherry Red, via Cherry Tree, comes up trumps with this superbly curated set, showcasing John’s 60s album output.
And, just like the Pentangle box, its release serves as a timely reminder of timeless music. There are also very worthwhile bonus tracks, though not on every album.

What we have here are John’s two collaborations with the amazing vocalist Dorris Henderson on the albums There You Go! and Watch The Stars, his eponymous debut album, Bert and John, the celebrated collaboration with Mr Jansch, the second solo album Another Monday and, perhaps most notably and influential of all, and breath in before you read this title, Sir John Alot Of Merrie Englandes Musyk Thyng & Ye Grene Knyghte; not surprisingly better known as just Sir John Alot.

The story told by this set starts in 1965 with There You Go!, the brilliant collaboration with the late Florida-born vocalist Dorris Henderson. This superb LP resulted from Dorris actually discovering John’s amazing talents and inviting him to appear with her on the BBC TV series Gadzooks! It’s All Happening.

This led to two albums that the pair recorded, including 1967’s Watch The Stars. If you’ve never heard these records, then the very reasonable £23.99 that this box set sells for on the Cherry Red website is worth the price alone for initiation into the wonderful sonic world that these two master musicians created. Exquisite would be a good word to use here. I often lose myself in them. Later Pentangle bass master Danny Thompson also contributed to Watch The Stars, adding yet more colour to the already enchanting sonic pallete. Dorris quickly became one of my all-time favourite singers, simply on the basis of these two albums.

The solo debut John Renbourn, released in 1966, hasn’t dated a day. It’s just a perfect showcase for John’s dazzling acoustic technique and wonderfully complimentary voice. The mixture of folk and early blues stylings here makes it utterly essential. The kind of album you could play on repeat all day and simply never tire of. Artistry of the highest standard.

Next up is Bert and John, also recorded in 1966, perhaps the ultimate “double threat” in the history of British acoustic music, at least until the birth of Pentangle. With John in one speaker, and Bert in the other, what more could you wish for. The pair complement each other so perfectly. There’s no notion that they are competing in any way, as dazzling as each contribution is. The bonus track The Waggoners Lad will instantly be familiar to any Led Zeppelin devotee – Bron Yr Aur Stomp anyone?

The excellent solo album follow up Another Monday built on this momentum, easily avoiding any of those difficult second album accusations. I have long loved my original UK vinyl copy of this on Transatlantic and the digital remaster here more than stands up to comparison. And it’s surely no coincidence that the closing track Nobody’s Fault But Mine was eventually covered by Zeppelin, given that Jimmy Page was so clearly influenced by John’s fluent playing style on his acoustic excursions. Significantly, the album also features Jacqui McShee, who of course became Pentangle’s unforgettable vocalist, on a couple of tracks.
And so, last but most definitely not least, we come to the final album in this set from 1968. We’ll just call it Sir John Alot., shall we.

For this fully instrumental outing, John was joined by Pentangle percussionist Terry Cox and Ray Warleigh on flute, for an album that, more than any other of the albums featured in Unpentangled, focuses on traditional English folk styles, with a few twists and turns along the way. This is so engaging that I went through a stage of playing it in my music room every night for weeks on end.

Even by the already sky-high Renbourn sonic standards, Sir John Alot is a treat for the ears, with some of the best imaging and soundstaging you’ll ever hear. On the right system, it holographically places the musicians in their individual spaces in front of you. Close your eyes and they are effectively in the room.

I have an original pressing of the album and can again confirm that the exemplary Oli Hemingway remastering stands up very well in comparison – a common trait throughout this set, reinforcing my strong opinion that Cherry Red does a fantastic job of breathing some really organic qualities into the humble CD. They do this so incredibly consistently for it to be a coincidence.

Presented in an attractively designed clamshell box with authentic card LP covers and CD artwork that closely resemble the original vinyl labels, this is a beautiful set for your shelves, though it shouldn’t stay there and demands repeat listening. The booklet is not in the same class as the hugely impressive one that comes with the more expensive Pentangle box, but it’s more than fit for the purpose, containing an enjoyable essay and some very rare photos.

I unreservedly give this fantastic collection my very highest recommendation. Hopefully this will be followed up at some stage with another Cherry Tree box set of, say, 70’s Renbourn albums including The Lady and The Unicorn, Faro Annie and The Hermit. These, and others, are more than deserving of reassessment. 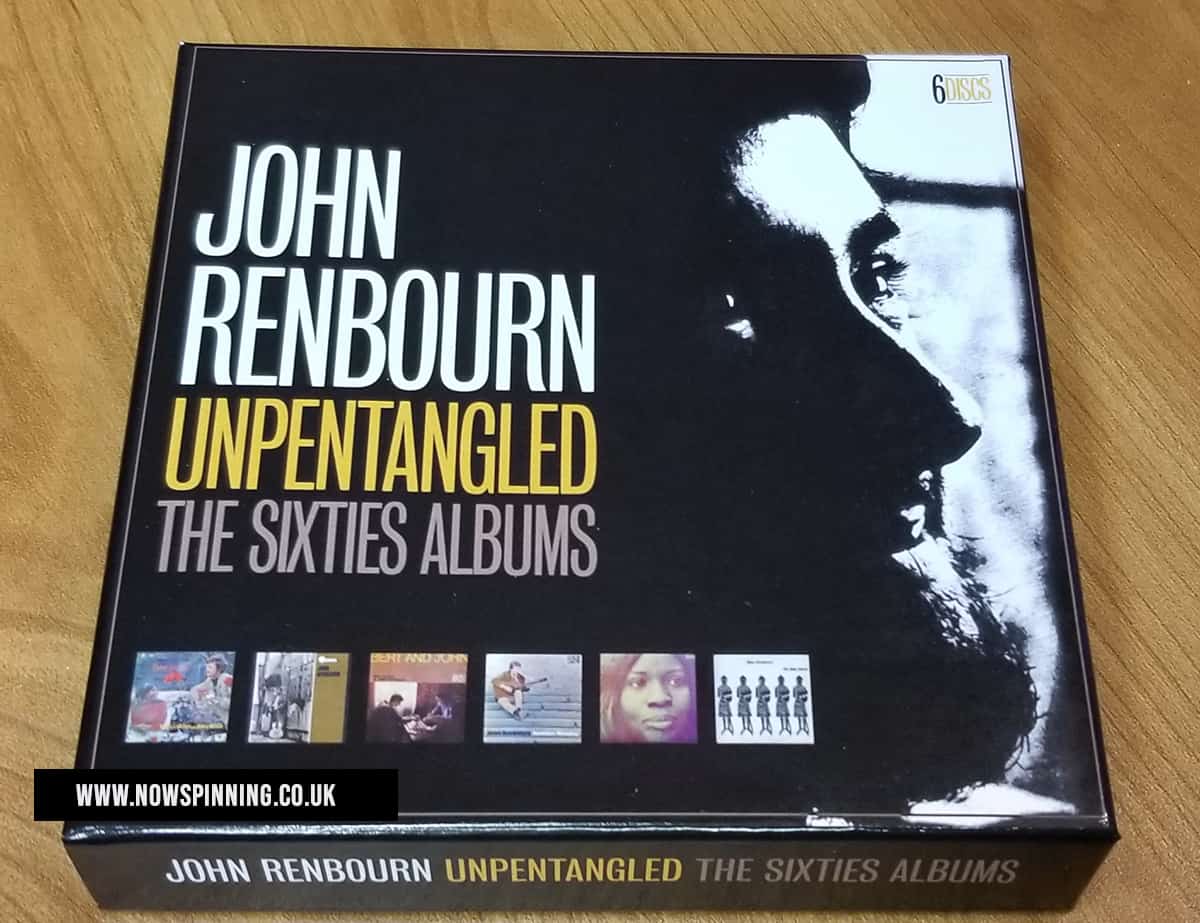 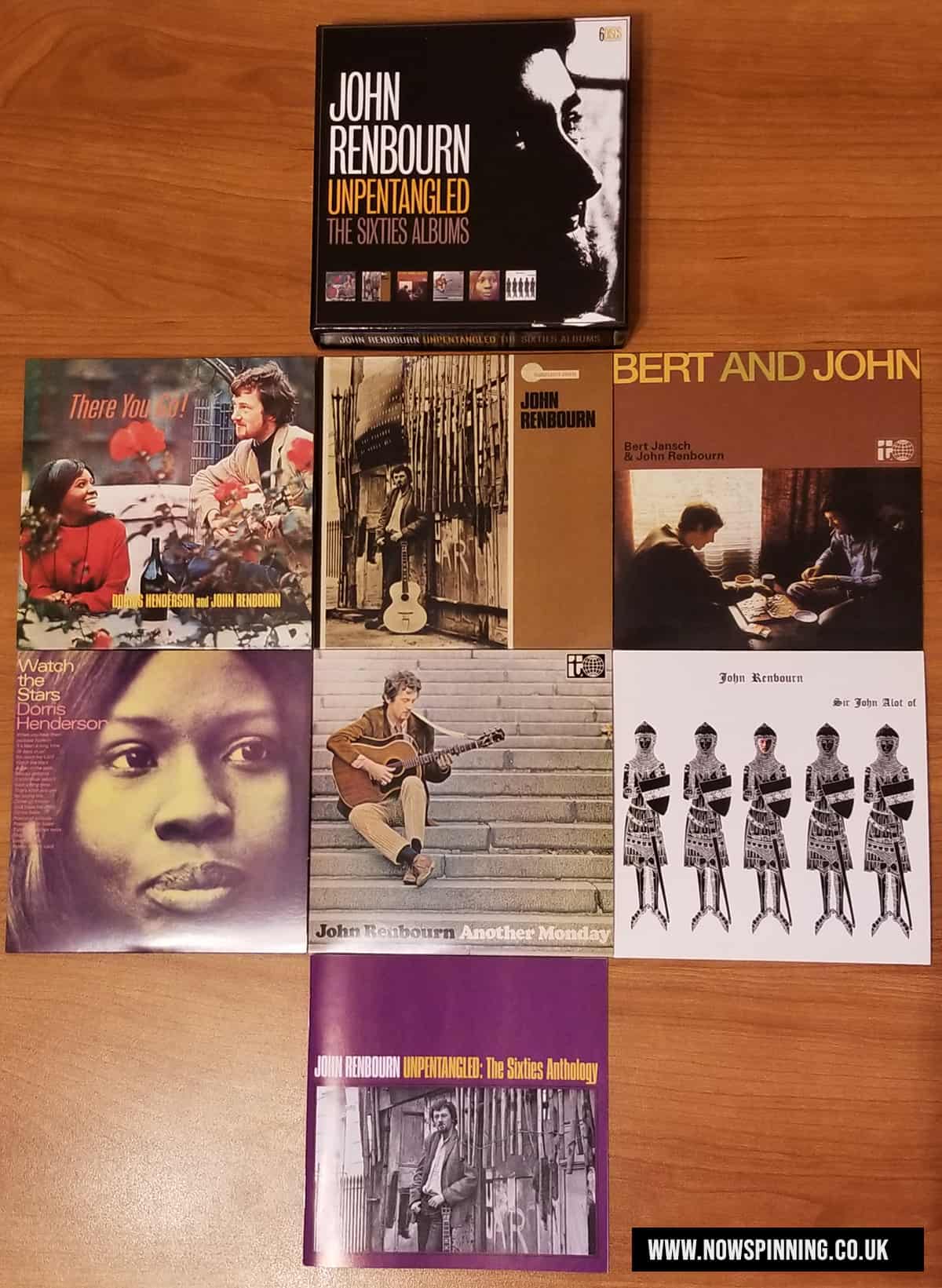