After watching The Nine Lives of Ozzy Osbourne (which is highly recommended) it made me realise how long Ozzy and his music has been part of my life. I found the film very moving and it made me think what are my favourite Ozzy tracks?
I decided to try and pick my top 10. A couple of these are quite fluid and could change by tomorrow but 8 of them are solid and I would always choose them.

I have picked them in order of release starting with the earliest first.

This is the opening track that changed everything, basically inventing a new genre of music. The tolling bell, the clap of thunder and then that riff. This was not going to be like any song you had ever heard before. Imagine hearing this for the first time in 1970?  Even now, that track is so powerful. Ozzy’s vocal style had not quite arrived with the delivery we all know now, but was this unnerving or what?

Whatever was going on within the story of the song, this guy needed help!  Totally unique and still valid now.

Another album opener and probably the best anti-war song that has ever been written. It sounds like it was recorded last week. Could anyone else sing a line like “Generals gathered in their masses Just like witches in black masses?  You just believe every word that Ozzy sings. The lyrics from Geezer Butler being the perfect platform for Ozzy to deliver the message.

Politicians hide themselves away
They only started the war
Why should they go out to fight?
They leave that role to the poor, yeah

Ozzy Osbourne has a voice that is almost unworldly, the sense of menace giving the listener a sense of unease but at the same time empowering you to feel part of the message and song.

I picked this one because it shows the other side of Ozzy’s voice. Not only can he deliver the perfect antiwar song but he can also reflect the human emotion of a broken heart. It is the perfect ballad and so moving. It meant a lot to me when I heard it as a young teenager and even now when I hear it I have to stop what I doing and simply listen. How many people from around the world can identify with the words of this song?  The simple Melotron added by Geezer Butler lifts the song even more in the second part of the song as Ozzy sings about losing the love of his life.

I think it is one of the best vocal performances he has ever laid down.

4. A National Acrobat by Black Sabbath from the album Sabbath Bloody Sabbath (1973)

I have picked this song again because of the delivery but in many ways, it is the perfect Black Sabbath song. The dynamics and the light and shade in the music building up with the story and those majestic riffs from Tony Iommi. Geezer Butler’s lyrics by this time were intense, intelligent and thought-provoking. Ozzy here delivers each line with meaning and the perfect dynamic

I remember sitting down and listening to this over and over again, reading the lyrics and getting lost in the music. With Black Sabbath, I felt involved, like they were talking to me. This perfect combination of four musicians created a soundscape as unique as they were.  The key riff in this song with that touch of reverb is just stunning!

The next song is also from Sabbath Bloody Sabbath and is basically a full-on love song. This one is not about loss but passion and the joy of being with that person. Again Ozzy Osbournes proves he can deliver any human emotion with his voice and get under your skin. You can feel his excitement in how he sings the lyrics getting inside the character and bringing you along with him. The backing by the band is the same as any other Sabbath song, nothing is diluted the delivery uses all of their power.  The final part of the song where Rick Wakeman joins them on keyboards could go on for twice as long for me. It is just brilliant

6. She’s Gone by Black Sabbath from the album Technical Ecstasy (1976)

Here I have gone for another ballad and another song about loss. The angst and pain in Ozzy’s voice is tangible and the addition of strings in the backing just adds to the almost soundtrack quality of the song.  I remember reading Sounds the music paper at the time and someone had written into the letters page asking which Black Sabbath album was this from after they had heard it on a jukebox. The track was the B Side of the Single ‘Never Say Die’ I think they wanted to know if there was an album that featured more tracks like this!  It could have easily been a single but I guess it might have confused any new fans coming to the band.

I have written about this album before (Click Here)  and I just love the diversity of the songs. This album is seen by some as the beginning of the end but to me, it is one of their finest.

I could have picked the obvious track here which would be Crazy Train but I felt the album opener I Don’t Know just edges past that for its power and emotional intent. I mean what a riff, what a vocal delivery. Here was Ozzy his back against the wall with his former bandmates releasing a new killer album of their own. He had a lot to prove but to me, he did all that by the time we reached the end of this first track.

The song is heavy but also features a beautiful melody, especially in the middle section. This was an incredible song live and I was lucky to see them do this on their 1980 Tour.

8. Flying High Again by Ozzy Osbourne from the album Diary of a Madman (1981)

I love this track and the chorus has a wonderful almost pop song melody about it. There was a feeling that with this song and album that Ozzy was back, he was headlining and the love of his fans was helping him rise to this next stage in his career. It is such a shame that Randy Rhoads is no longer with us, the quality of the songwriting and guitar playing on these two albums is sublime. Flying High Again features another great riff and the overall feel of the song is very uplifting and positive. I still play this track a lot and it always makes me feel good.

Now we move forward to the early 1990s and although there were many great Ozzy moments along the way it is this album that includes my next great Ozzy moment. The track is No More Tears. I remember seeing the video first and it was a revelation. Ozzy looked fitter, more menacing, believable and his phrasing and vocal delivery were just wonderful. The riff from Zakk Wylde was just perfect and the whole song really showed even if the musical climate was changing is was of no consequence to what Ozzy Osbourne was up to.

The song is quite complex and a bit Proggy in places with the strings and instrumental sections, but is it a complete masterpiece of heavy metal and classic rock. This would be my favourite Ozzy album if I had to choose one.

In the background, Black Sabbath was losing ground but Ozzy was about to become even bigger, he was now one of the biggest rock attractions on earth.

This has to be number 10 and every time I play it or watch the video I start to feel tears form in my eyes.  The video takes footage from the Nine Lives of Ozzy Osbourne feature and condenses his life story into about 5mins. As his life unfolds on-screen Ozzy is seen reacting to each scene, sometimes smiling sometimes looking sad. The lyrics are brutal, honest and very touching. Elton John sings the second verse which adds even more emotion to the song.

The performance by Ozzy draws in all his experience and you feel like you being given access to a new level of intimacy from him.  This is a song that lets you into his life and have a sense of how he really feels.

I was unprepared for fame
Then everybody knew my name
No more lonely nights, it’s all for you
I have travelled many miles
I’ve seen tears and I’ve seen smiles
Just remember that it’s all for you
Don’t forget me as the colours fade
When the lights go down, it’s just an empty stage
Okay
Yes, I’ve been a bad guy
Been higher than the blue sky
And the truth is I don’t wanna die an ordinary man
I’ve made grown men cry
Don’t know why I’m still alive
Yes, the truth is I don’t wanna die an ordinary man
Many times I’ve lost control
They tried to kill my rock ‘n’ roll
Just remember I’m still here for you
I don’t wanna say goodbye
When I do, you’ll be all right
After all, I did it all for you

There is also a feeling that this could be the end, the last album and if it is, then it is a fine way to bow out.

So that is my Ozzy Osbourne top 10, I know I could have picked other tracks from Sabotage and Master of Reality etc but these were the tracks that were front of mind at the time

Let me know what you think and what tracks you would choose! 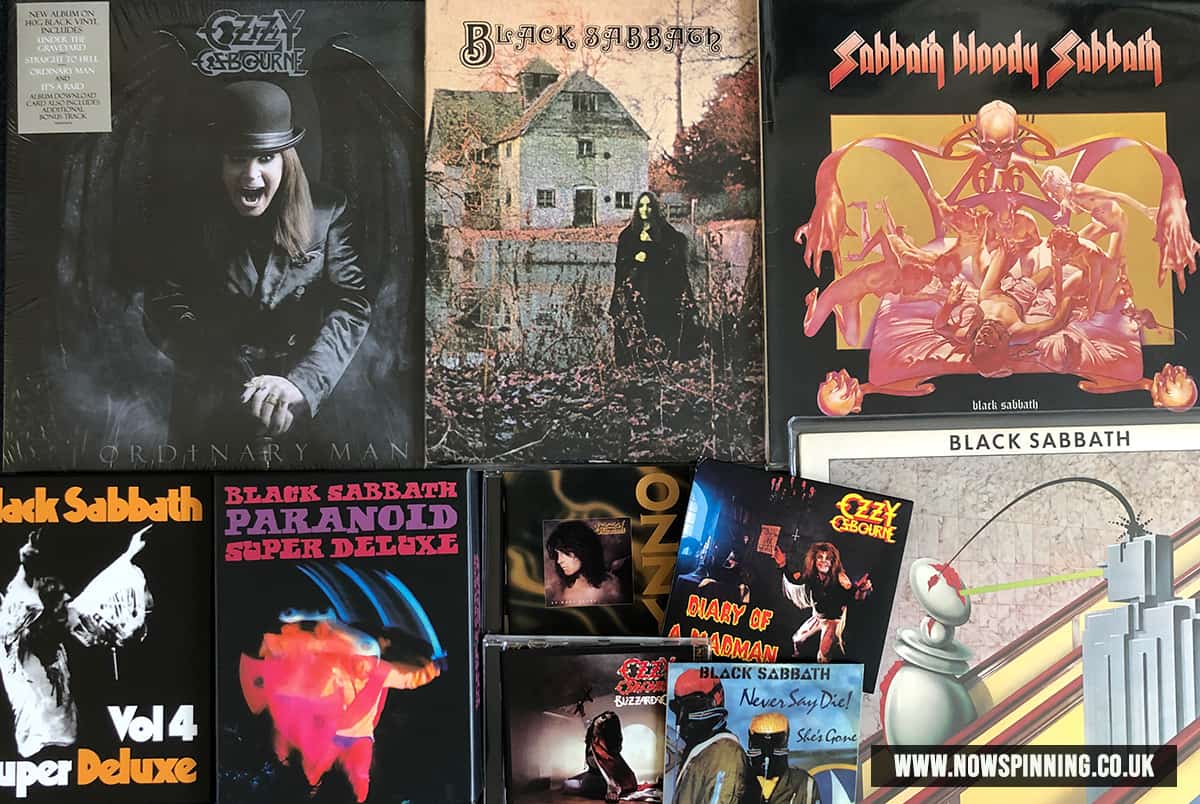