Pink Fairies : What A bunch of Sweeties : Video Review

Phil Aston18th September 2018Comments Off on Pink Fairies : What A bunch of Sweeties : Video Review

What a Bunch Of Sweeties: 1972
Video Review (5 Mins)
Another example of the Alan Freeman Show introducing me to music that I otherwise would never have heard.

This video review looks at the vinyl album and 2002 CD Re-issue.

In 1972 Rock Music was becoming more sophisticated with albums like  “Close to the Edge” by YES, “Machine Head” by Deep Purple and “Volume 4” by  Black Sabbath. Recording techniques will be getting better and better and production techniques were rising all the time.

I didn’t know this album existed in 1972. It was not on my radar. No one at school had got it. And then, in 1976 the same year that Rainbow Rising came out, just the year after “Physical Graffiti” by Led Zeppelin I heard a track by The Pink Fairies.

Alan Freeman, on his request show, played “Walk don’t Run”, by the Pink Fairies and life was never quite the same again. I had never heard anything like it. It sounded so raw and so exciting compared with all the theatrics of the great musicians of Steve Howe, Richard Blackmore or Jimmy Page. The Pink Fairies sounded like, maybe I could have a go at doing that. It was just wild.

And look at them. They also looked kind of strange as well. The lyrics were also off the wall “I went up to her room, she hit me with a broom”. I was thinking, what is this? – I couldn’t believe it.

And for those of you who’ve heard “Walk don’t Run”, there’s a bit in it where it kind of slows down into kind of a groovy kind of ad lib jam session. And then it speeds up to to reach the riff at the end of the track. And there is a part, literally, where the drums disappear. It’s almost as if they didn’t quite get it right and if you’re tapping your foot to it, you soon realize you’re tapping your foot to something that actually isn’t happening anymore.

I mean, it is unbelievable. It was way ahead of it’s time if you think of punk. But in 1972, I have no idea what people thought of it. It really was a very very strange album.

On the cover as well, it was like a throwback from the sixties with the rizla papers and the anti-war button badges. Inside the Gatefold was a comic which was just barmy. As a band they just looked so mysterious. And then of course, the track titles. “Right on Fight on”. “Portobello Shuffle”, “Marilyn” ( Which I think was a song about STD’s). “Pigs of Uranus”. There’s a song called “Pigs of Uranus !! “Walk don’t Run”, of course. “X-Ray”, and “I Saw Her Standing There”, which is a kind of almost sensible cover of the Beatles’ track.

A lot of thought went into the CD’s series. There are three albums to choose from. I’m just going to focus on this one so the videos don’t get longer and longer. And, this is a very good booklet that gives you some background to how the band was really on the edge of society.

The extra tracks include an extra version of “Walk Don’t Run” which is longer. And you might be thinking, wow! Does it beat the first one? I would say no it doesn’t. I think that the original “Walk don’t Run” is the best one.

So, Pink Fairies. What a Bunch of Sweeties. If you’ve never heard of The Pink Fairies, get iTunes and listen to that track. But it won’t be like anything you’ve heard before. I can promise you that. They really were an underground band and if you listen to “Walk don’t Run”, it might blow your mind. Thank you. 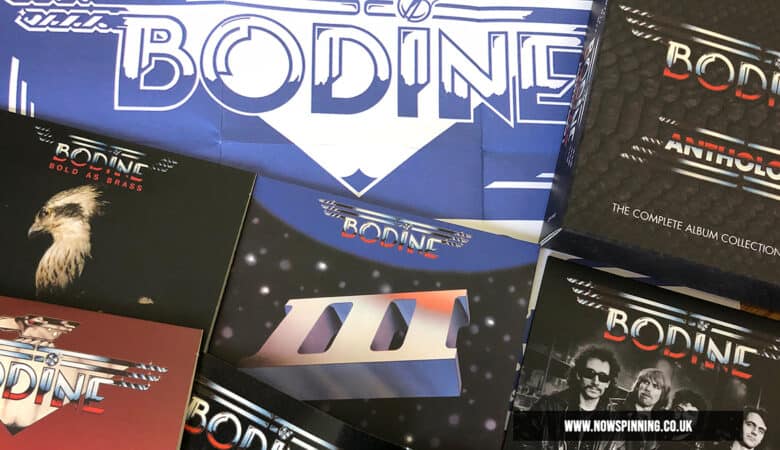