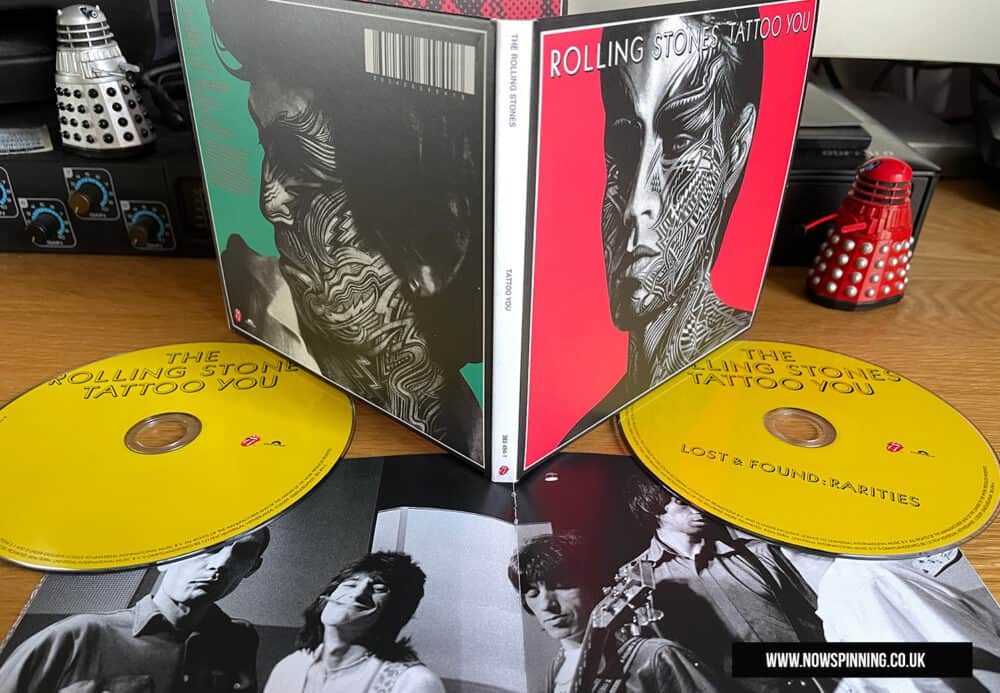 In the forty years that have passed, I was never compelled to get this album on CD. That’s because the USA vinyl record sounded very good. I had always heard this was an album of re-worked songs not used or rejected from various 1970’s albums and the enclosed booklet notes essentially confirm that.

Who knew it would become the Rolling Stones’ strongest (and best selling) album in the decade? I played a few tracks on the album’s CD because I know those songs so well. Sound-wise, it sounds fair but mastered loud, losing the intimate feel on most songs on Side 2.

I think the whole album could benefit if Mobile Fidelity ever does a One-Step premium vinyl pressing or an SACD. It’s the second disc that drew my attention which starts off strong with the track Living In The Heart Of Love. It sounds like it belonged on Goat’s Head Soup. Expect a few clunkers as well but some tracks sound like they were not fully complete like Jimmy Reed’s “Shame Shame Shame”.

I had heard their version of the Dobie Gray hit single “Drift Away”(I have it somewhere) as a bootleg and it always sounded like a finished song. I was curious as to why they never released it, It’s one of the band’s finer examples of their interpretation of American R&B. Finally, I’m glad they polished “Start Me Up” into the album’s opening track over its original reggae-tinged roots heard here.