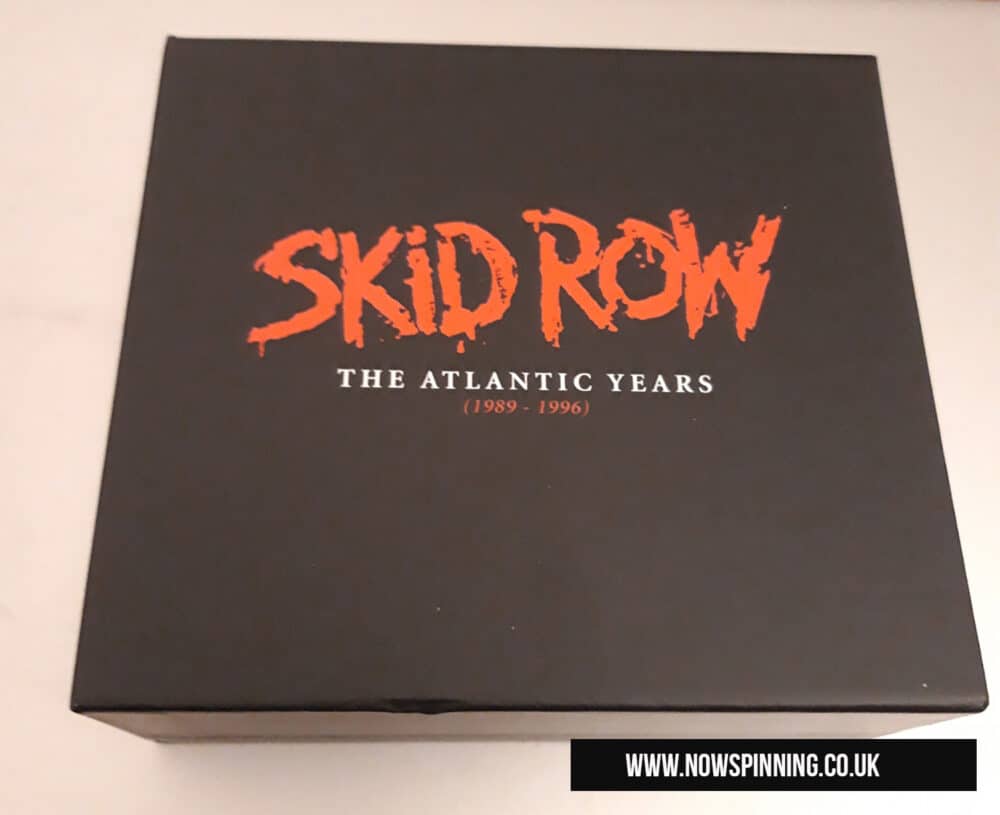 American rock band Skid Row, who formed in New Jersey in 1986, found fame in the late 80s and early 90s with their brand of hard rock that included elements of glam and sleaze. Signing to Atlantic, the band were (at least during the Sebastian Bach fronted years) incredibly successful. And this box rounds up the Atlantic years nicely.

In this box we get 5 CDs, each in a digipack.
First out is the 1989 eponymous debut which kicks off with Big Guns. A solid loud blast, a statement of intent, with both vocals and guitars screaming at full volume. While the album is a little formulaic, it is much meatier and ‘street’ than the West Coast glam/sleaze of the era, which was fluffy by comparison. The cliched ballad 18 And Life was a massive hit; there was something clearly special enough about Skid Row to capture the zeitgeist so much, in the face of grunge. The band here consisted of vocalist Sebastian Bach, guitarists Dave Sabo and Scotti Hill, bassist Rachel Bolan and drummer Rob Affuso.

1991’s follow up Slave To The Grind features more solid production and a harsher sound. A little more maturity to the lyrics, but musically still a little cliched. Some excellent moments, especially with the opening track Monkey Business, and the title track too (both hit singles). Some nice guitar solos in there. Like the first disc, a nice digipak with a poster insert featuring the album’s lyrics.

1992’s B-Side Ourselves is an EP featuring 5 cover versions. A decent cover of the Ramones’ Pyscho Therapy. Kiss’ C’Mon And Love Me is OK, and the live take on Judas Priest’s Delivering The Goods features guest Rob Halford. The Rush and Jimi Hendrix covers are worth a listen too.

1995’s Subhuman Race is a real mixed bag. Although the band had tried to progress and add some complexity, there are parts that sound disjointed (as it turns out, the band were about to fall apart and felt forced to record the album). Consequently, some tracks sound like they’re trying to hard to adapt to the 90s, while also sounding like they never left the 80s. Fresh and updated, and cliched at the same time.

The final disc is the Subhuman Beings On Tour EP, originally released in Japan. Much of the EP was recorded live on the Subhuman Race tour. Again a poster insert with lyrics, in both English and Japanese. Sebastian Bach left after the album’s release and had a much stronger solo career than the band had without him.

This set brings together the Atlantic recordings nicely, it is a good package. But there is a big missed opportunity, as there are no bonus tracks (not even the Japanese release or anniversary edition bonus tracks), and no sleeve notes either. If that doesn’t bother you, then you’ll love this set. 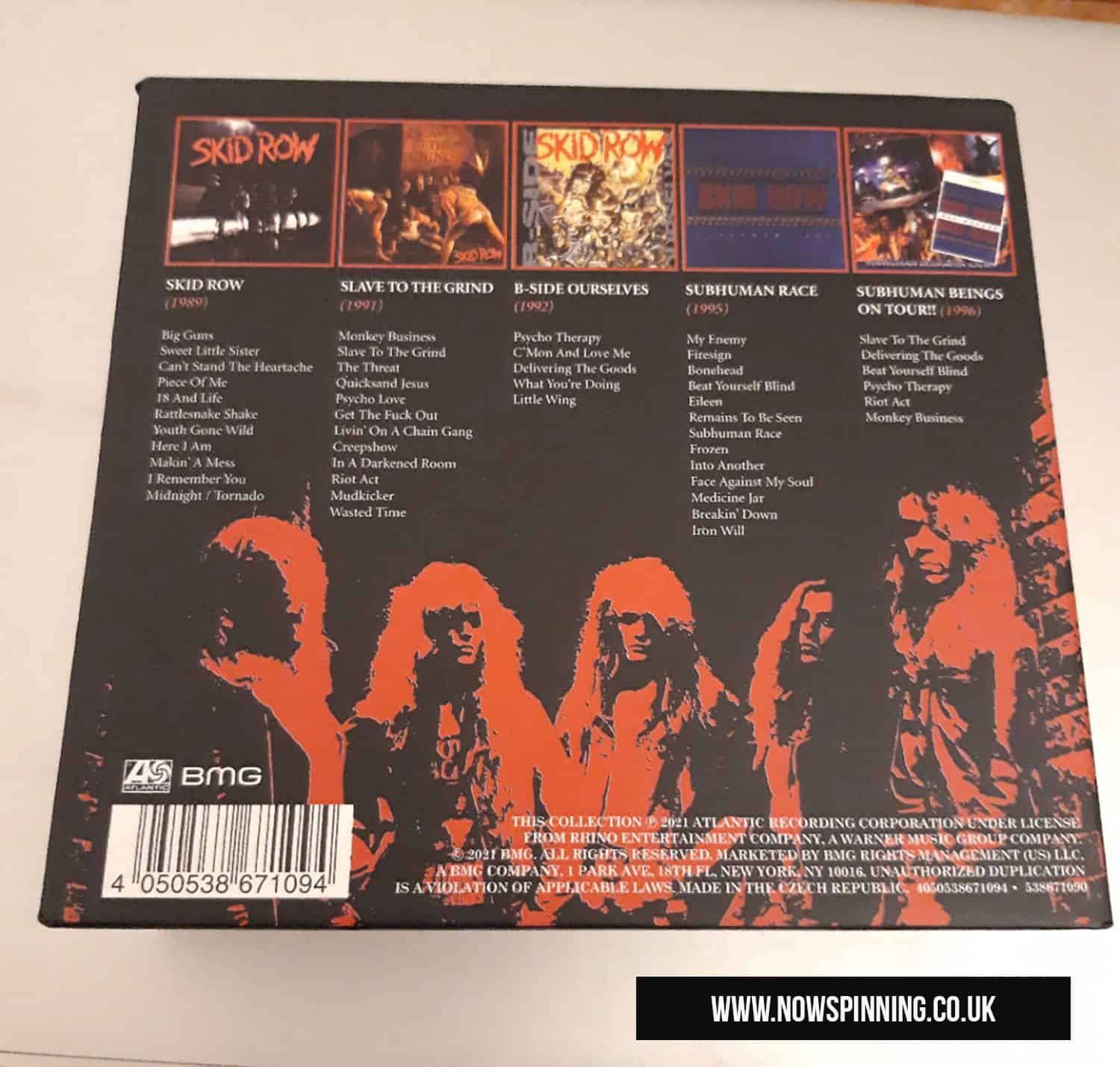 Share
CD Box Sets - Which Do You Prefer a Foldout Poster or a Booklet? Previous post
Deep Purple Turning To Crime Album Review and Unboxing Next post

Really looking forward to this. Had the three albums and the EP but never tracked down the Japanese live release. Also, 18 and Life does not seem cliched to me, how many metal bands were writing songs about killing your friend after too much drink? None. 😉