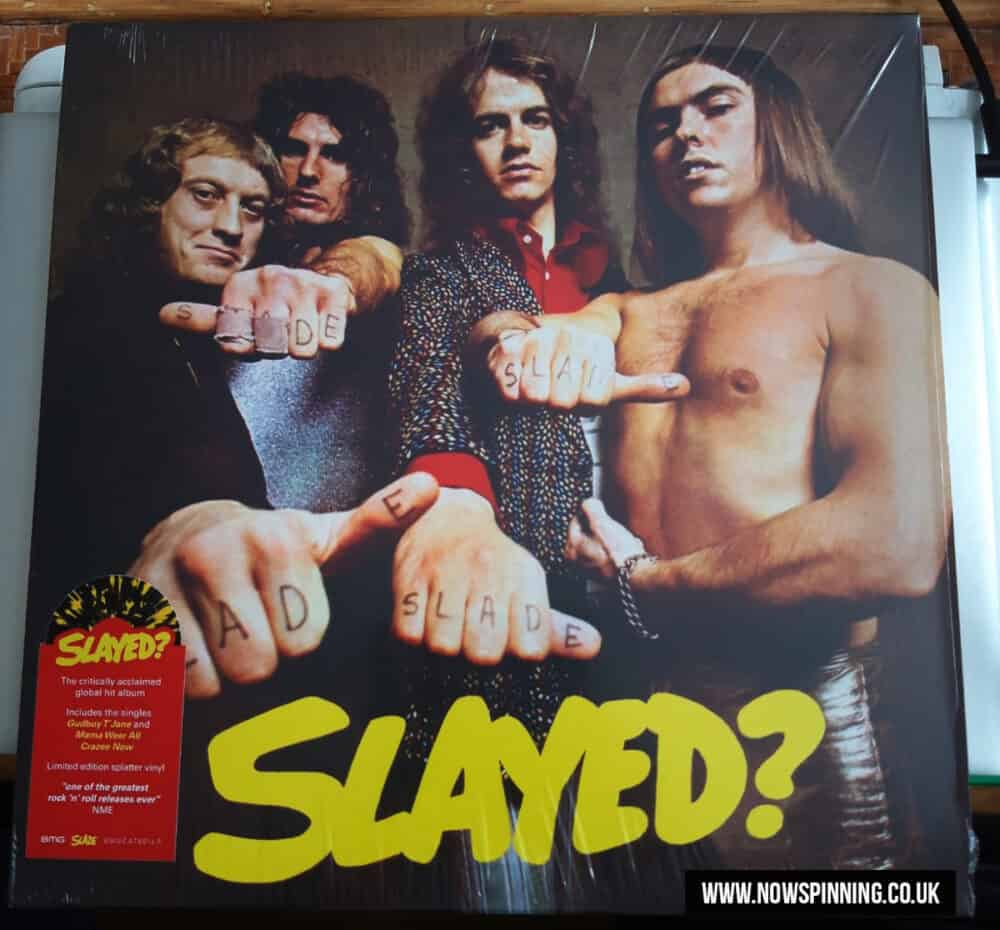 Wolverhampton born legends Slade were important and successful innovators in hard rock and glam rock during the 70s, both musically and visually. There have been many reissues, but this LP reminds us of just how good the band were, and how relevant they still are. The fourpiece featured vocalist and guitarist Noddy Holder (try picturing him and not imagining him singing “Merry Christmas” – not possible), lead guitarist Dave Hill, bassist/pianist/violinist Jim Lea and drummer Don Powell.

Originally released in 1972, Slayed was their third album. After two unsuccessful studio albums and a change of image or two, the band had a breakthrough single or two (including Coz I Luv You) and the legendary Alive set, Slayed cemented their classic 70s sound.

Opening with How D’you Ride, there’s a solid crunchy guitar and Holder’s distinctive vocals. The Whole World’s Goin’ Crazee adds a bit more of the glam sound, a sound also synonymous with artists like T.Rex and Suzi Quatro (only with less smooth vocals).

There’s also quite a guitar solo in this track too, surprising amongst the band’s more familiar riff based repertoire. Most of the tracks are self penned, there’s a Leonard Lee number, and a cover, Janis Joplin’s Move Over, a fine version. And many of the tracks rock, but when they ballad (check out Look At Last Night) it’s heartfelt, honest, and haunting.
Gudbuy T’Jane is a familiar hit single, as is Mama We’re All Crazee Now.

The album was rightfully a massive success and slotted into the fun side of rock and glam rock perfectly. And this LP on a marvellous splatter vinyl looks as good as it sounds. A fine issue of on album that should be part of any record collection. And for many it will recreate one’s youth.

I hope the rest of the catalogue is treated like this, especially the late 70s and early 80s material, where Slade moved away from the (by then) out of fashion glam and became a solid hard rock band. 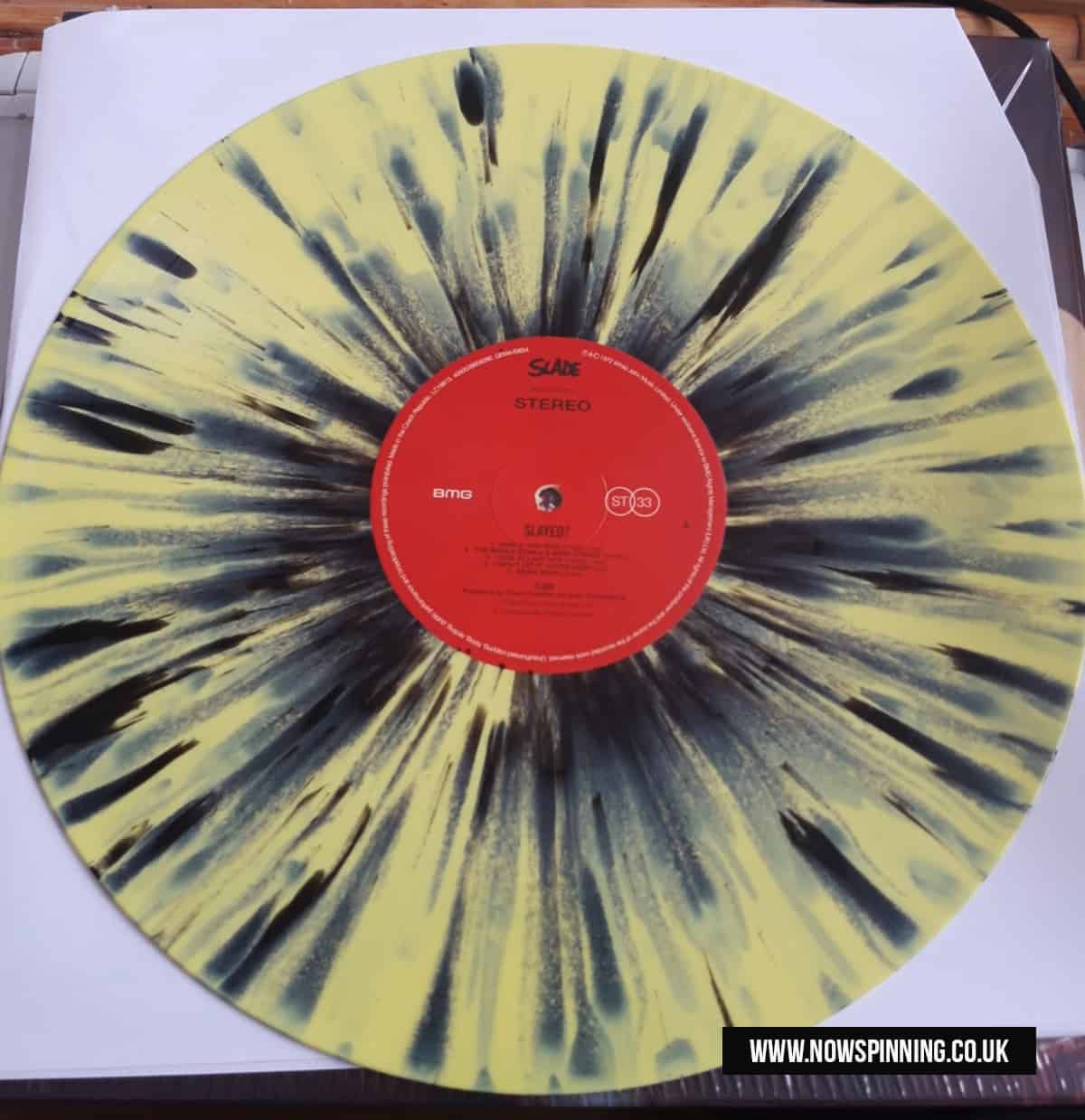