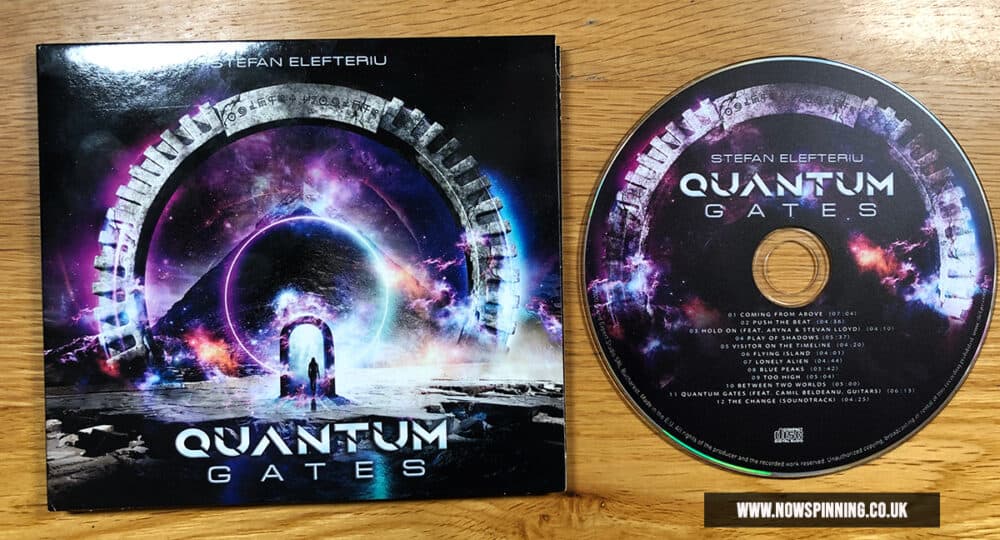 Stefan Elefteriu is an accomplished and internationally recognised composer. He started playing the violin from the age of seven and entered the Bucharest Conservatory in 1976. There he studied violin performance, piano, composing, orchestration and sound research. In 1977 he joined a rock band called Blitz. For the next five years, he was in one of the first bands in Communist era Romania to use synths and other electronic music equipment.

In the 1980s he became a full-time violinist at the National Opera and then in the 1990s as the political climate changed, he set up his own studio and became a successful composer for film and advertising.

In 2020 he released his latest album Quantum Gates. The album features soundscapes that would appeal to fans of Tangerine Dream and also modern PROG. The Opening track Coming From Above leans a bit towards New Age, as does Push The Beat. The real depth and intent behind this album really arrives with the track Play of Shadows. This is simply stunning – grinding metal guitars with percussive synth sounds, funky bass and screaming lead guitar solos which weave in and out to a great rock drum beat.

Visitor On The Timeline is a great PROG Rock track, the guitar solo by Camil Beldeanu is fantastic. There is so much to discover on this album, and each time I play it, the music grows on me more. Stefan can also write a commercial song as well, and the song featuring Aryna and Stevan Lloyd on vocals is beautiful. Flying Island is another with its sweeping symphonic keyboards adding layers of dramatic emotion. There is also a real Sci Fi feel to the album. Then just when you think you have the album sussed the Euro Electronica surge of Lonely Alien arrives. There is a such a mixture of styles here and Stefan takes every aspect of Electronic music to use in his musical pallet.

The next track Blue Peaks has some lovely cinematic strings and harps sounds. I also love the distorted guitar which you can hear in the distance. The next track Too High is a vocal track with Aryna and sets the scene for gently taking us to Between Two Worlds with its soprano vocals again, restrained power chords and multilayered keyboards. This is another song with unexpected twists and turns with emotive guitar playing dramatic rock chords.

This leads us to the title track Quantum Gates which is a PROG Rock and electronic tour de force. If I were to criticise anything, it would be the drum sound, which is obviously programmed. It would be amazing to hear some of this live with a real drummer.

The last song called The Change is the only track that breaks the flow of the previous songs. The music is from a film soundtrack so perhaps this is why. It is obvious from listening to the music, watching the videos, and from Stefan’s website that he loves every aspect of Electronic music, and his fusion of styles using the soprano vocals from Aryna and classic Euro disco sounds is something he is very comfortable with. This album has a unique feel to it to me, and as a rock and PROG fan, there was plenty here for me to enjoy. Check out Play of Shadows, Vistors On The Timeline and the title track, and I am sure it will leave you wanting to hear more. 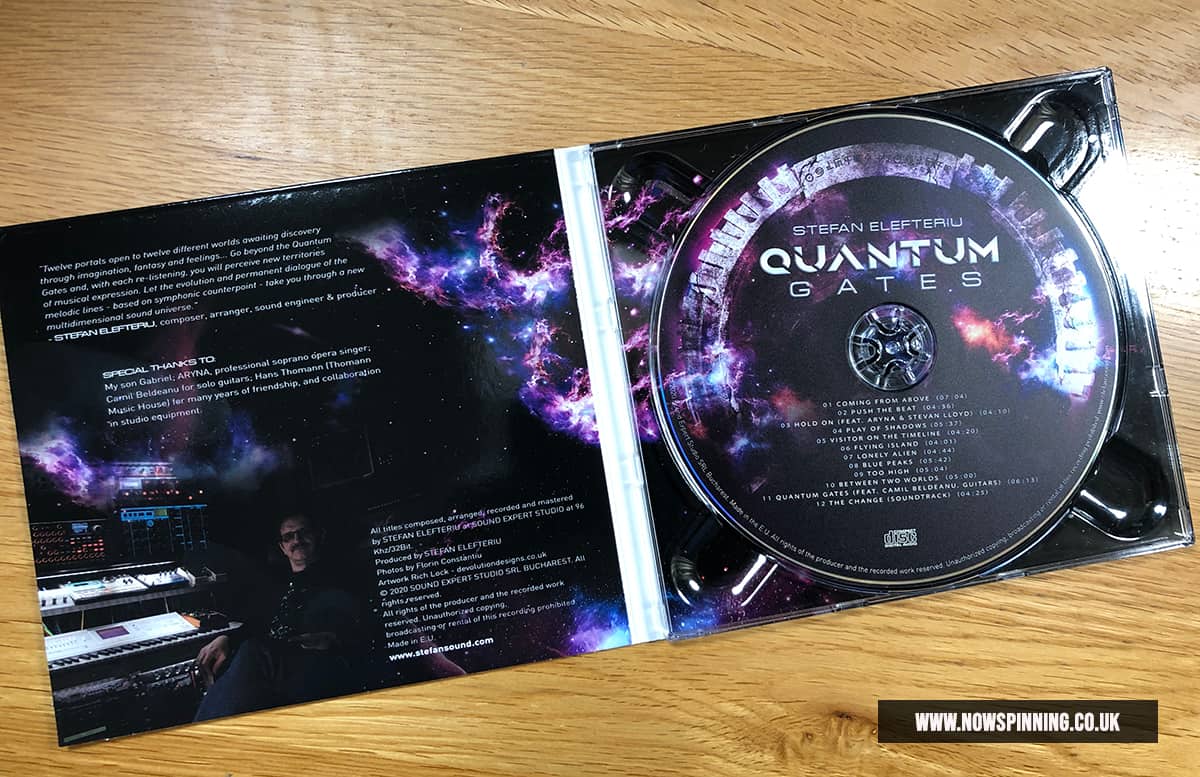 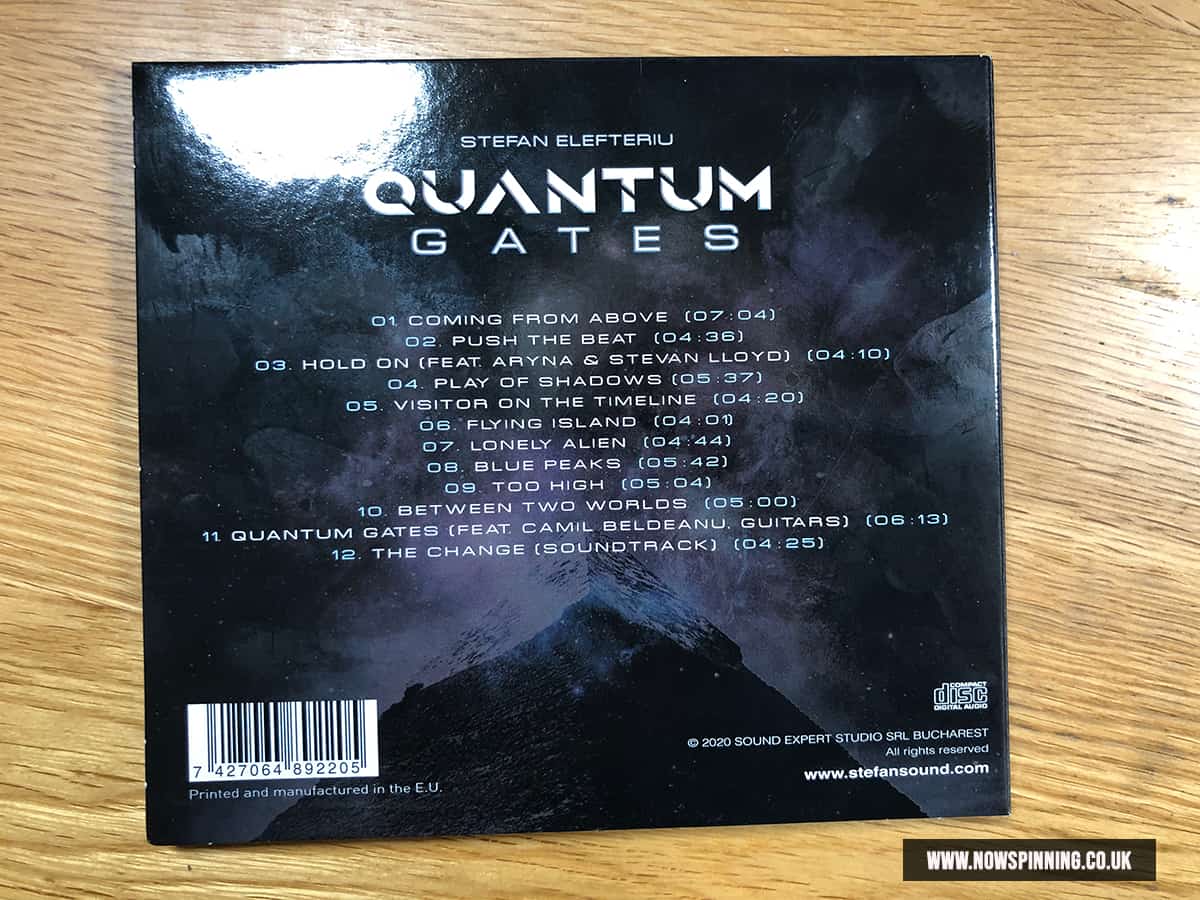