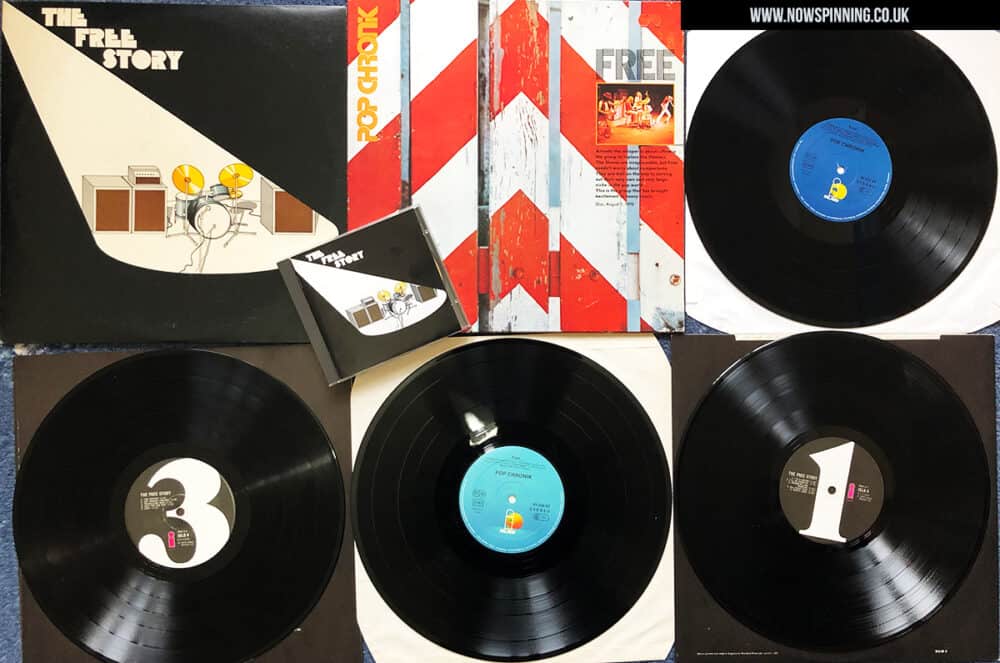 By the time I discovered FREE they had split up and Bad Company were about to release their first single ‘Can’t Get Enough’. I had acquired the taste for Free after hearing ‘Mr Big’ on the Alan Freeman Show and knew I wanted to hear more.

I was aware of the release of ‘The Free Story’ and can remember the press Ads in Sounds and The Melody Maker. I started work in the summer of 1975, and getting The Free Story was a top priority.

After getting paid in late 1975, I went to Virgin Records in Corporation St in Birmingham.
Virgin Records in the mid-70s was quite an intimidating shop to enter back then. It was always full of very hairy people surrounded by strange-smelling smoke wearing headphones. So plucking up courage I went up the sales dude (they were all dudes back then) and asked if they had ‘The Free Story’.
They did, and I was soon heading home on the number 58 bus, reading through the booklet and looking at the song titles wondering what music lay behind them.

The Free Story arrived in 1973 as a limited edition, the number on the back cover was ‘A 38254’, and my feeling is this was a marketing ploy as I do not think this has ever been too hard to find.
It was a great looking album, the front cover illustration showing the simplicity of the guitar, bass, drums and vocals setup. Inside the gatefold was a four-page booklet with an essay written by Billy Walker, the then Editor of Sounds.

People loved Free; they loved the vulnerability of Paul Kossoff, and of course, they loved the songs full of passion and angst. The photos in the centre spread were well chosen and it is a shame that this kind of imagery was not used more on their official albums.

The tracklisting over the four sides of the original vinyl is genius. Opening with ‘I’m A Mover’ it works its way through each of the Free albums in chronological order. The music is paced by mixing their classic rock songs alongside their essential and beautiful ballads. ‘All Right Now’ is followed by ‘Heavy Load’, ‘Fire and Water’ by ‘Be My Friend’, ‘The Stealer’ by ‘Soon I Will Be Gone’ etc. Even opening and closing songs for each side were well thought through.

The album also covers the period when the band had split, and includes ‘Just For The Box’ from Kossoff, Kirk, Tetsu and Rabbit and ‘Lady’ by Peace, which was Paul Rodgers‘ project during this time.

It is only towards the end of Side Four that the tracklist diverts from what you might expect. Instead of ‘Wishing Well’ you get a live version of ‘Heartbreaker’** from Portsmouth in 1972. This is the only track that seems to break with the superb continuity the album had up to this point. The album ends with Come together In The Morning which is just perfect.

There were various version of ‘The Free Story’ released around the world with the Canadian / USA version having the guitar headstock of a Les Paul on the cover. The most interesting international release was from Germany. The German version also included different artwork and photos. The tracklisting was also different, they might have included Wishing Well, but it did not flow in the same way as the UK release.

It did, however, include a version of ‘Travelling Man’ by ‘Toby’ which had been Andy Fraser’s project at the time. There is no mention of this on the cover, so this could have been an error. It also made this version very collectable.

The Free Story is one of those ‘Best of’ albums where fans still want to own a copy even if they have all the records. To me, it is an essential part of any Free album collection. 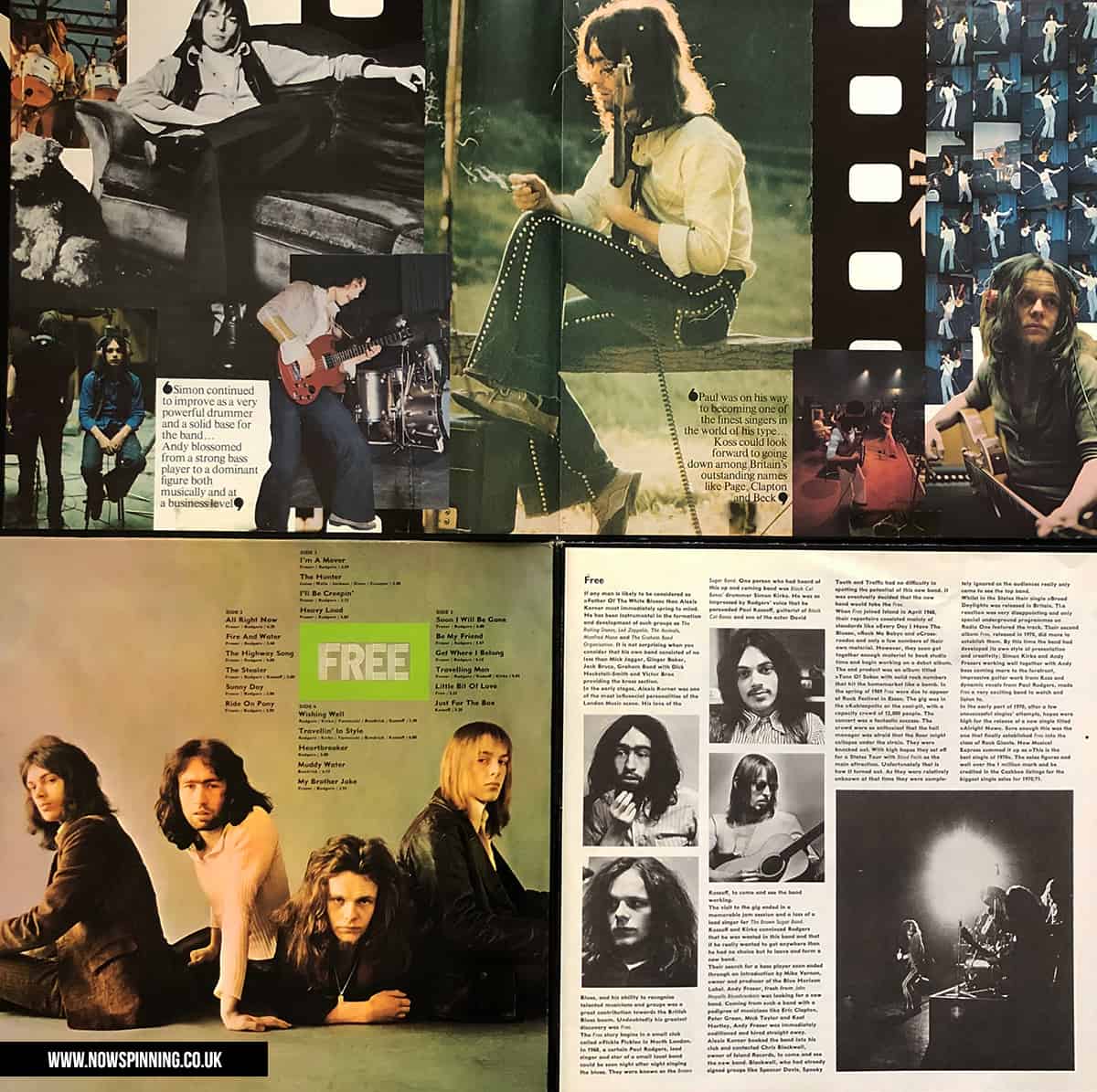 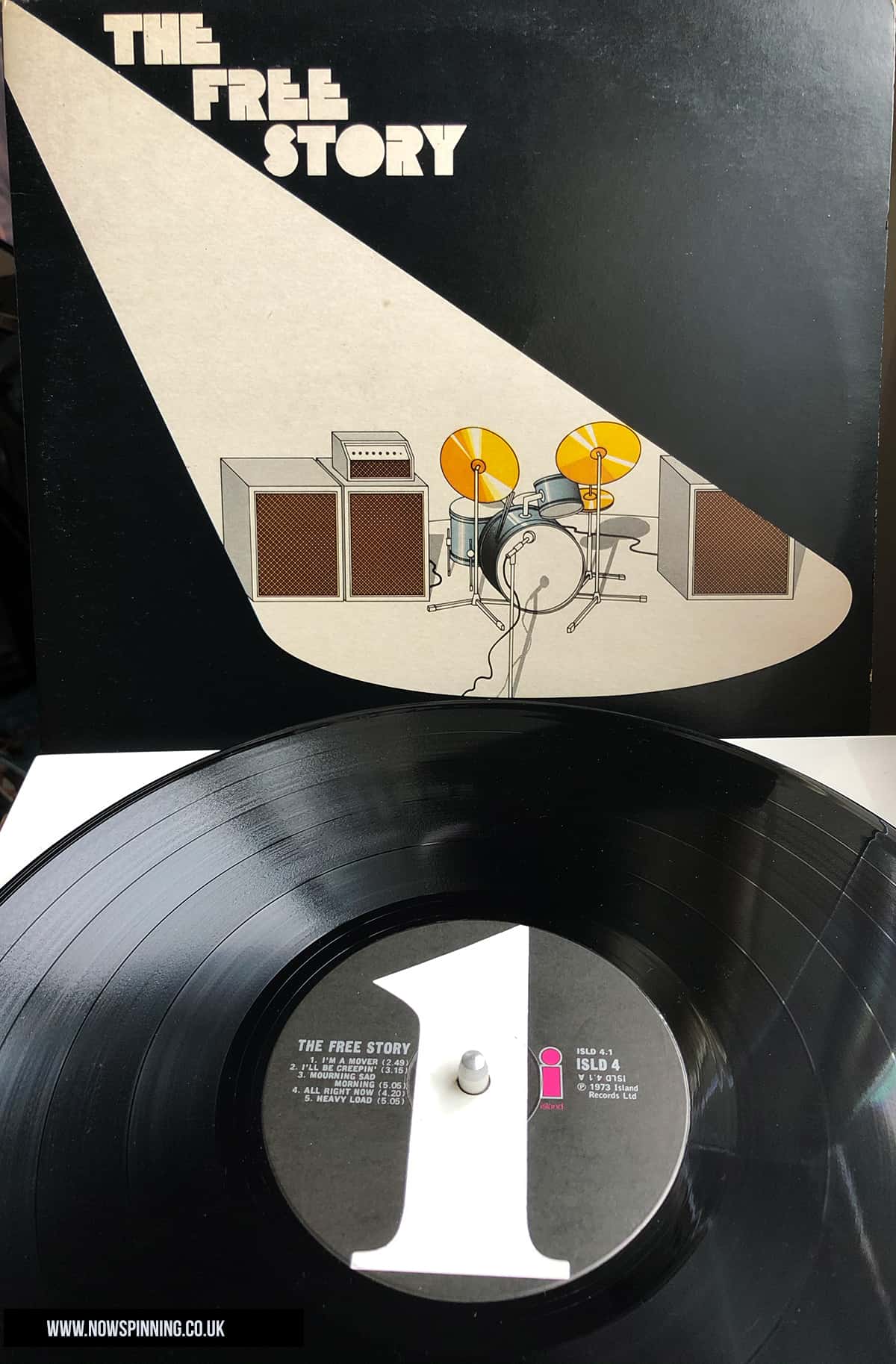 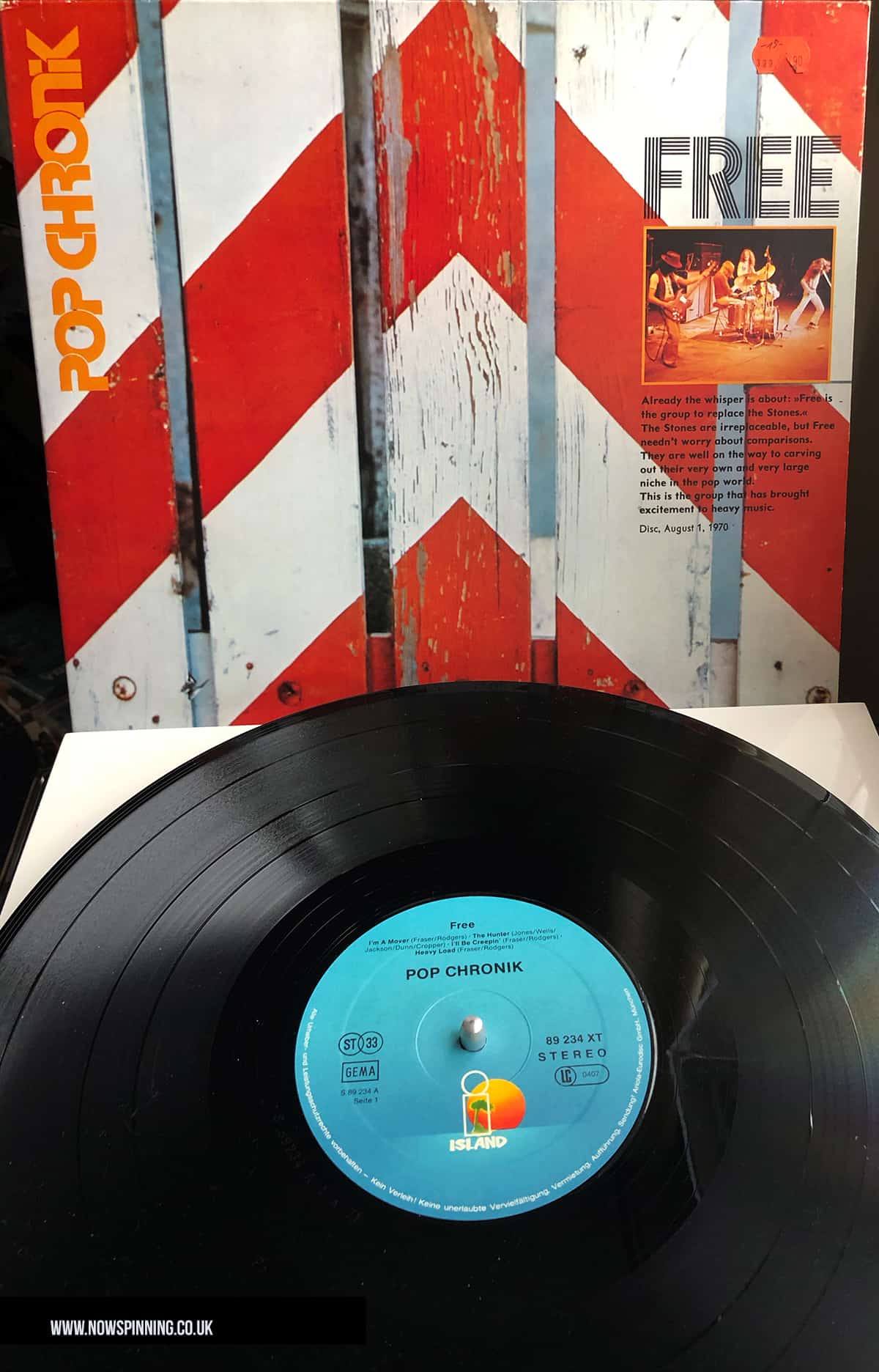