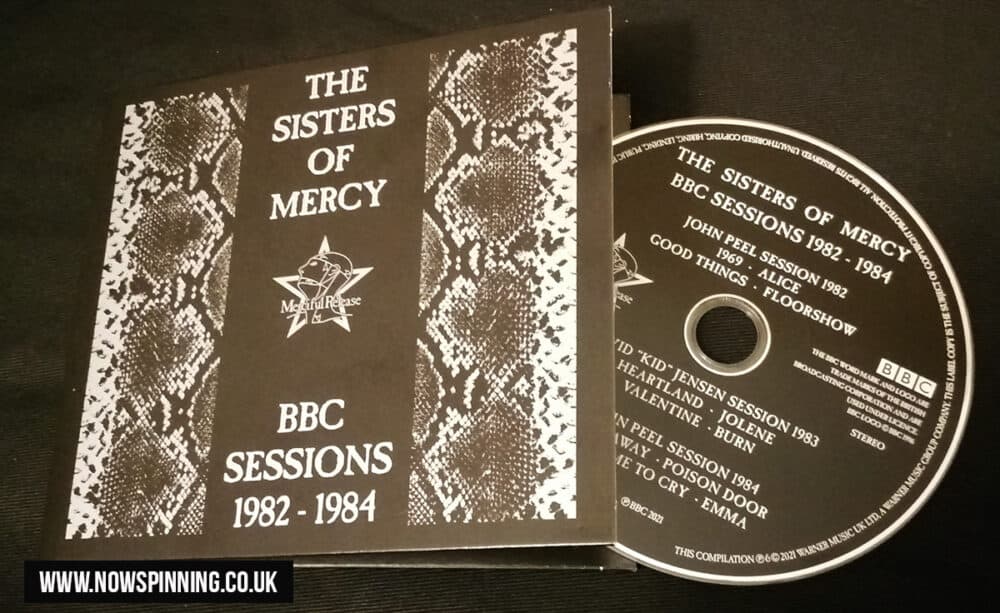 It’s been 31 years since the last Sisters of Mercy album. 31 Years. 1990. Bands have had stellar careers, toured everywhere, split up, reformed, split again, did another mega tour, did rehab in that time. Sometimes’s twice. Yet still no new material from the figureheads of the early 80’s goth rock/metal scene in all that time yet they never split up.

Andrew Eldritch, once described as the “Godfather of Goth” has always hated being associated with the Goth movement despite being its leading proponent. He once said that all he had to do was “wear black socks to be the demon overlord”. He won’t be the first artist to publicly state they are not what the public assumes they are. Labels stick no matter how much you protest.

Formed in 1980 in Leeds by Eldritch on drums with Gary Marx on guitar they released one single before adding bass player Craig Adams and the only other constant in the whole SOM saga through the years, replacing Eldritch on drums, Doktor Avalanche. Avalanche was a drum machine and despite several changes in actual hardware, it had remained faithful to the band ever since. The band’s reputation began to grow and their singles started to make an impact in the right music papers and by 1982 their reputation was such that they recorded their first John Peel show session.

This new compilation of those sessions, from 82 and 84 sandwiched around a David “Kid”Jensen set from 1983 collects them all together in one tidy set. Their major-label debut came a year later in 1985 for WEA so this as with the majority of Peel sessions set is a band in the raw. The basis of the finished product without the edges polished and smoothed as much as possible to fit the corporate machines.

A favourite cover from the bands live set, The Stooges “1969”, opens with Edritch doing his best to out-Iggy Iggy which of course can’t be done. “Alice”, “Good Things” follow before the killer track of that first set “Floorshow” with a beat to die for. It’s all raw and the production could be better – what Peel session couldn’t let’s be honest but given the quick turnaround perhaps they could be forgiven – yet the early signs were looking good.

Six months later and the difference is marked. The 70’s US garage rock-meets-Joy Division sound had been polished somewhat. Eldritch’s deep baritone voice comes into its own, gone are the screams that peppered some of the first set. Less is more and no more noticeable on “Heartland”, a sign of the band maturing but then comes a version of Dolly Parton’s “Jolene” which just has to be a piss-take. Just no. “Valentine” slow, moody groove returns things to a more sane footing.

While Eldritch’s vocals are as distinctive of the SOM sound it’s also the guitars of Marx and Ben Gunn together with Adams’ bass rumbles that while they may not be worthy of axe welding hero worship they are mesmerising but by the final set Gunn had been replaced by Wayne Hussey and the final piece in the SOM jigsaw was in place.

Hussey brought with him a different dynamic to the guitar sound of the band, if anything a more hard rock feel. There is a sense in the 84 Peel set of a band more confident in the material, more assured in its direction, possible due to Hussey’s additional contributions to the songwriting, While the aforementioned “Jolene” might have been possibly the worst cover of the song ever in total contrast the same cannot be said for their cover of Hot Chocolate’s “Emma”. Listen to the guitar underlying backing providing sonic angst to Edritches emotionally desperate vocal.

With the early days over, next came the superb debut major-label album “The First and Last And Always”, an acrimonious split, legal battles over the name and a new version of the band. Two more albums followed “Floodland” – Eldritch playing everything with Patrician Morrison on bass and a cameo from Jim Steinman and “Visions Thing” which veered more toward a more rock sound than the goth they were known for. An ill-fated US tour with Public Enemy preceded the major falling out with SOM’s label East West which put paid to any new material with Eldritch effectively on strike claiming record label “incompetence”.

And that was that. Despite playing live over various tours down the years, new material has only been heard in a live setting so this new release even if it’s old material but not widely available, collecting the early sessions is a welcome addition. While the packaging may be basic, a suitably gothic black gatefold cover, no booklet with just the essential details it can sit proudly as an archive to the early days of the Godfathers of Goth. 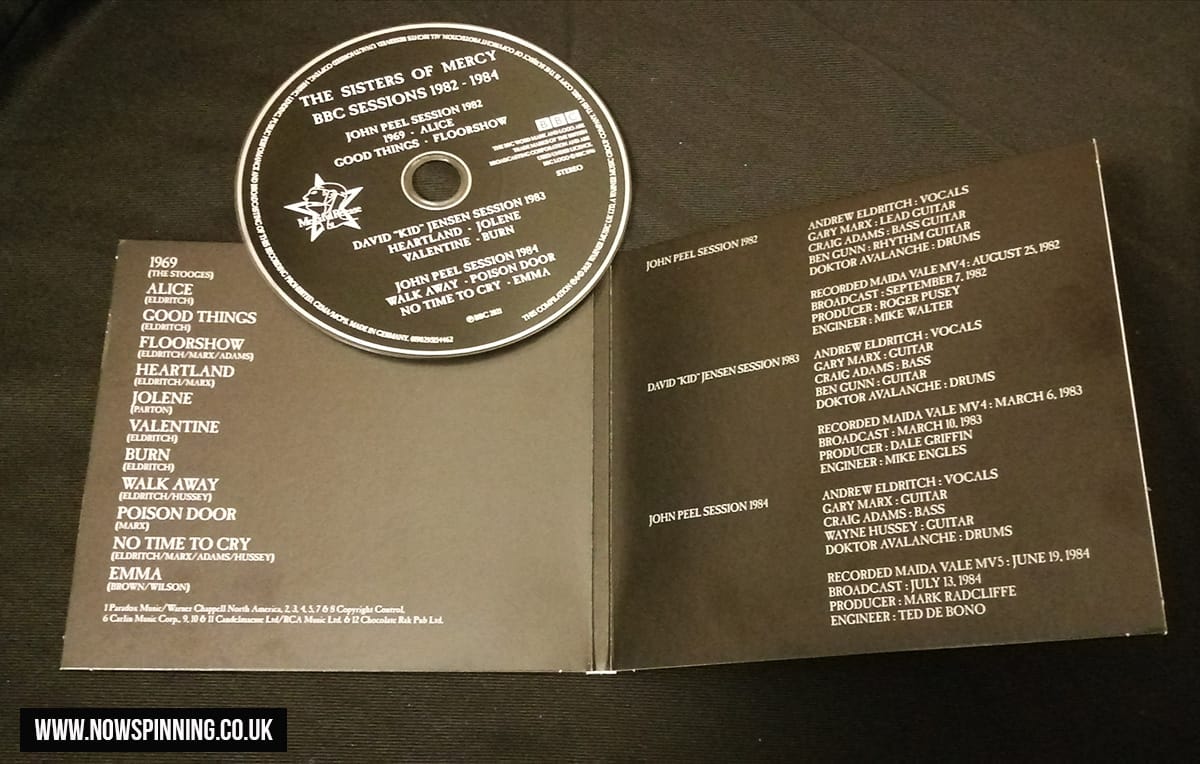