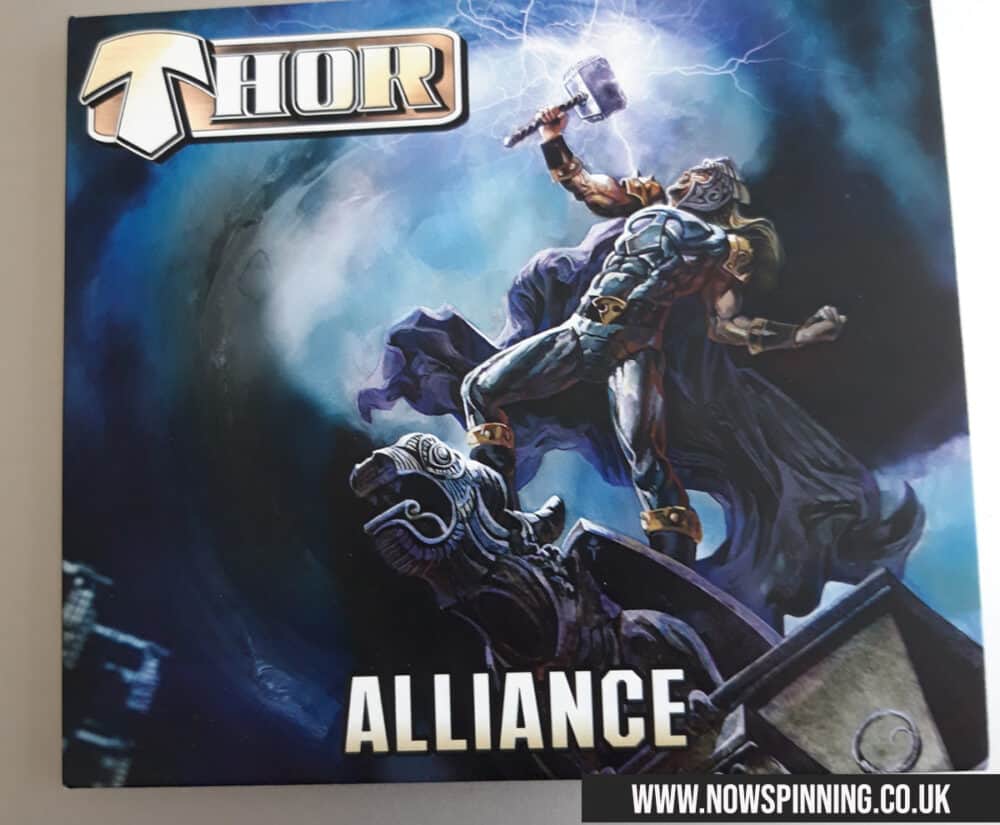 Canadian bodybuilder, historian, actor, and musician John Mikl Thor has produced some very fine metal over the years, debuting in the mid 70s. Since the turn of the millennium Thor has been particularly prolific, and this new album is appropriately titled as it features a host of guests.

His Keep The Dogs Away album has always been a favourite of mine, and his later work has moved in a more power metal direction. The stage antics of ripping telephone directories, bending steel bars with his teeth and blowing up hot-water-bottles like balloons may be gone, but he still has a very solid voice and continues to rock hard.

The opening track We Need Musclerock isn’t as cheesy as it sounds and features some great riffs (and a decent guitar solo too) alongside Thor’s strong vocals. Guest here is Raven’s John Gallagher; we’re off to a good start.

Niflhel (Realm Of The Dead) is just as metal, mixing classic metal with a touch of 80s thrash, and vocals that combine high screams and deep throaty singing. Then all the stops are out on The Ultimate Alliance, featuring Chris Holmes (Wasp) and Manowar’s Ross The Boss. This track is excellent, full on head banging entertainment. Amongst the full band sonic assault is some immense riffage, a strong solo and consistently strong vocals. And like the following Ode To Oden (you have to expect the Norse Mythology), there is solid anthemic feel.

Original Anthrax vocalist Neil Turbin crops up on We Will Fight Forever which, while keeping that anthemic hint, is much more melodic. Some of the vocal sections are reminiscent of 80s FM rock. That feel continues in Because We Are Strong which shows strength in the songwriting.
Rock Around The World, featuring Danko Jones, shows another dimension. A hint of Aerosmith and other influences I can’t immediately place. Then Queen Of The Spiders has an upbeat psychedelic feel (a hint of The Doors).

Seventeen tracks, some great material here, and other guests include members of Lords Of The Trident, Striker, Warrior Soul, Haunt, Death Dealer, The George Jonestown Massacre, Thundermaker and Prism, amongst others.

Thor still knows how to perform, on record as much as on stage, and there is lots to love on this album. Rocking, entertaining, and wonderful listening. 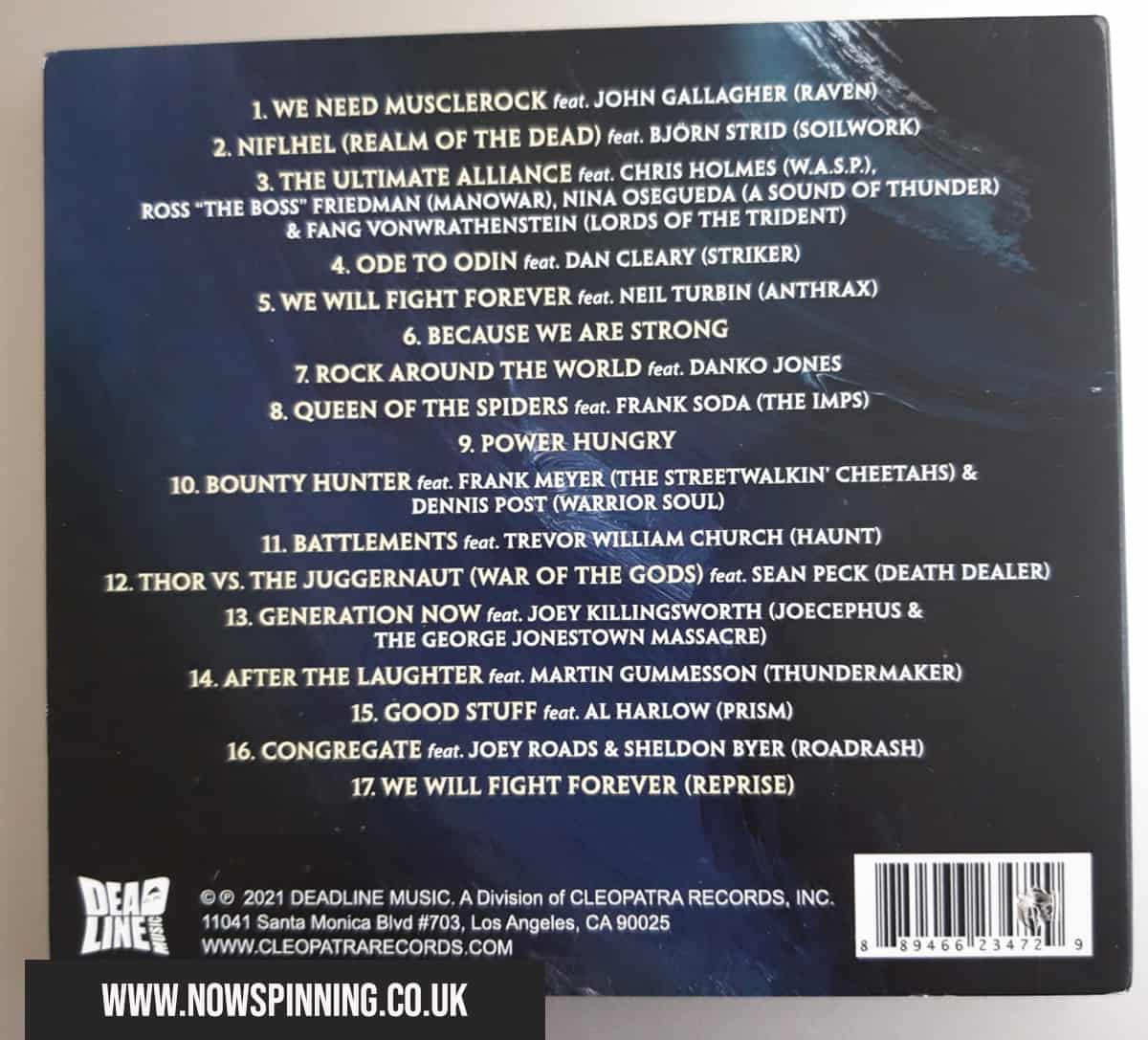