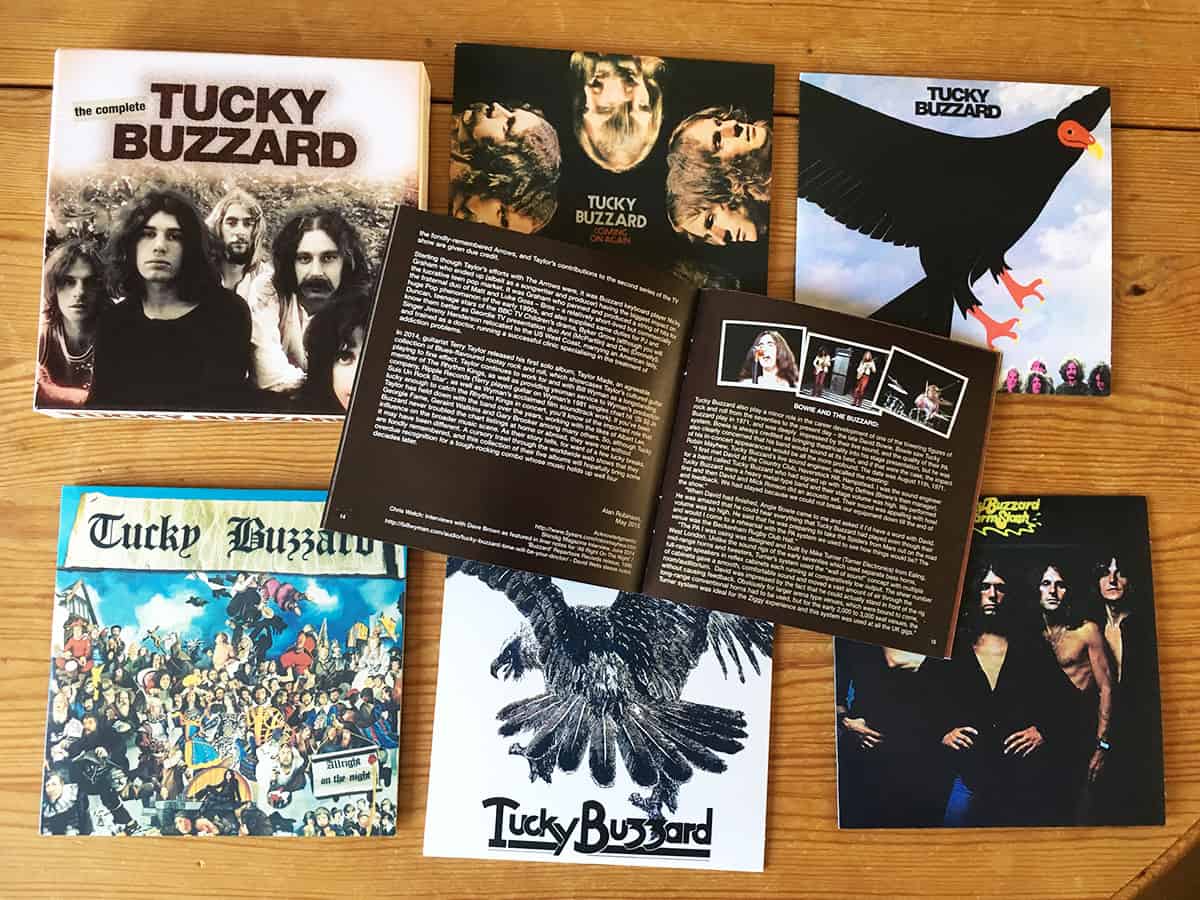 I first became aware of this band via the Purple Records Sampler ‘Purple People’ back in the 70s. The LP was 99p and it was a cheap way of expanding your collection and hearing some new music.
Tucky Buzzard had a track on it called ‘Gold Medallions’ and I always liked it but never did splash out of a full album by the band.

Now for under £15 you can all of their albums in a nice clamshell box set. The band were produced by Bill Wyman and David Bowie was a big fan.

The music is typical bluesy rock from the era but with some cool funk and soul added to the mix.
If I was going to describe who they sound like I would say a cross between FREE and Humble Pie.