This unboxing video looks at the epic new Focus Box Set – 50 Years Anthology 1970 – 1976. This is a 9CD set with two further DVDs containing a wealth of rare material.

There was a Focus CD Box Set ‘Focus Hocus Pocus Box’ released just a few years ago (2017)  and you might be thinking do I need this as well? The first box set covered their career right up until 2012 with Focus X. This contained no rare or unreleased tracks and although it is a recommended set, this new one is simply essential for Focus fans.

If you watched my video and unboxing review of the Jan Akkerman Box Set then you will love this, as it has been put together by the same team. It’s 9 CDs and 2 DVDs. This box set comes with a very substantial booklet which has a full history of the band, background on each album with details on the extra tracks and producers section, how the remastering was carried out and background on the video footage included in the DVDs.

The remastering by Wouter Bessels is outstanding, and Mike Vernon the original producer also contributes to the booklet.  Regular readers will know that I see the design and presentation as a big part of the package. For collectors, it is always more than just the music.

The CD covers come in mini gatefolds where the vinyl album had one. They have included the original artwork so it is interesting to see just how varied the covers were back then. It was quite a shock to see Moving Waves with a different cover.

Some of the bonus tracks are incredible. You have two unreleased versions of Eruption one at 37mins and the other at 46mins! On Focus At The Rainbow they have replicated the cutout sleeve and gatefold. The actual concert that this was taken from is also included on one of the DVDs.

My favourite Focus album is Hamburger Concerto from 1974, and this also has some great bonus tracks. Mother Focus includes 8 alternative mixes and Ship of Memories which was a collection of outtakes anyway gathers even more extra tracks, including a vocal version of Crackers.

We then get to the part of this box set which makes it totally essential for Focus fans, and anyone who loves PROG and rock music from the 1970s.  The two live CDs, Focus at the BBC and Focus Live both feature some incredible performances. (You can see a full tracklisting here) Then of course you have 2 DVDs full of unreleased and rare footage.

The booklet gives you a lot of background info on where all of this new and rare material originates from, so it feels like a lot of thought has gone into this package.

This box set is highly recommended and it has made me appreciate Focus even more than I did already. 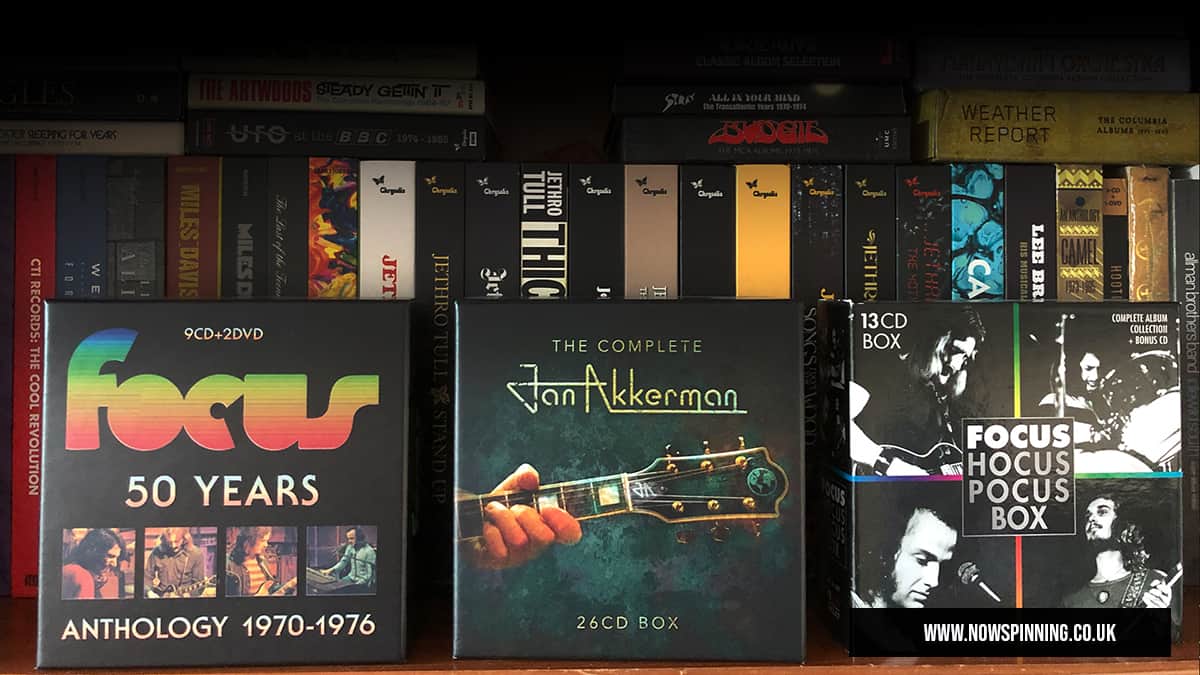