Harvest Festival was a luxury 5CD Box Set celebrating the EMI imprint Harvest Records from 1969 to 1979. It came with a vinyl sized 120-page hardback book.

This is part of my series ‘unboxing’ Box Sets which are now out of print. This is to help collectors who may be looking for these items on Discogs or Ebay. I also hope they are of interest for music fans who just like seeing this stuff!  Who knows maybe it will generate a bit of interest so they are themselves re-issued in the future.

There was a time when boxsets were the same size as a vinyl album, two of the most famous ones were The Allman Brothers Dreams Box Set which I have covered in an unboxing video before (click here) and the Led Zeppelin Box Set. There is something very luxurious about a boxset that is done in this way. This particular box set only had 5CDs but it is the whole package and tremendous book that makes this so collectable. Plus it is a beautiful item to have in your collection.

Full marks to EMI who felt that their progressive imprint Harvest Records deserved this sort of attention. I really wish Island Records had done something like this as they alongside Harvest really were the king of samplers/compilations back in the day.

As you open the cover you see the first 4 CDs, the 5th one is tucked in the back cover. This key thing I want to show you in these videos is exactly what is inside as I know on eBay you generally get a photo of the front and back.  The first thing I want to say is the paper stock is top-notch and adds to the feel that this is a quality item.

One way of describing this box set would be to imagine an album size book on Harvest Records that comes with CDs! The book could be sold separately it is that good! I mean who doesn’t like to browse through life-size images of classic and rare album sleeves.

I have included the full tracklist at the bottle of this page and you can see they mixed classic tracks with those that could be found deep within each bands catalogue.

There are many essays within the book which is sprinkled with lots of memorabilia from the time. Apart from the obvious story of the label, there are features by Roy Wood, Bill Nelson, Ashley Hutchings, Kevon Ayers, Wooly Wolstenholme, and many others, there is also a section of Quadraphonic sound and full illustrated album and singles discography at the back. So if you want to collect every release on Harvest Records, this is a perfect checklist.

As you turn the pages you can sense of the golden age of collecting records as each iconic sleeve passes in front of your eyes. The photography is just fantastic and the full page photos get you as close to holding the real album as is possible from a book.

Harvest Festival is a classic box set from a classic era of boxsets and is highly recommended. 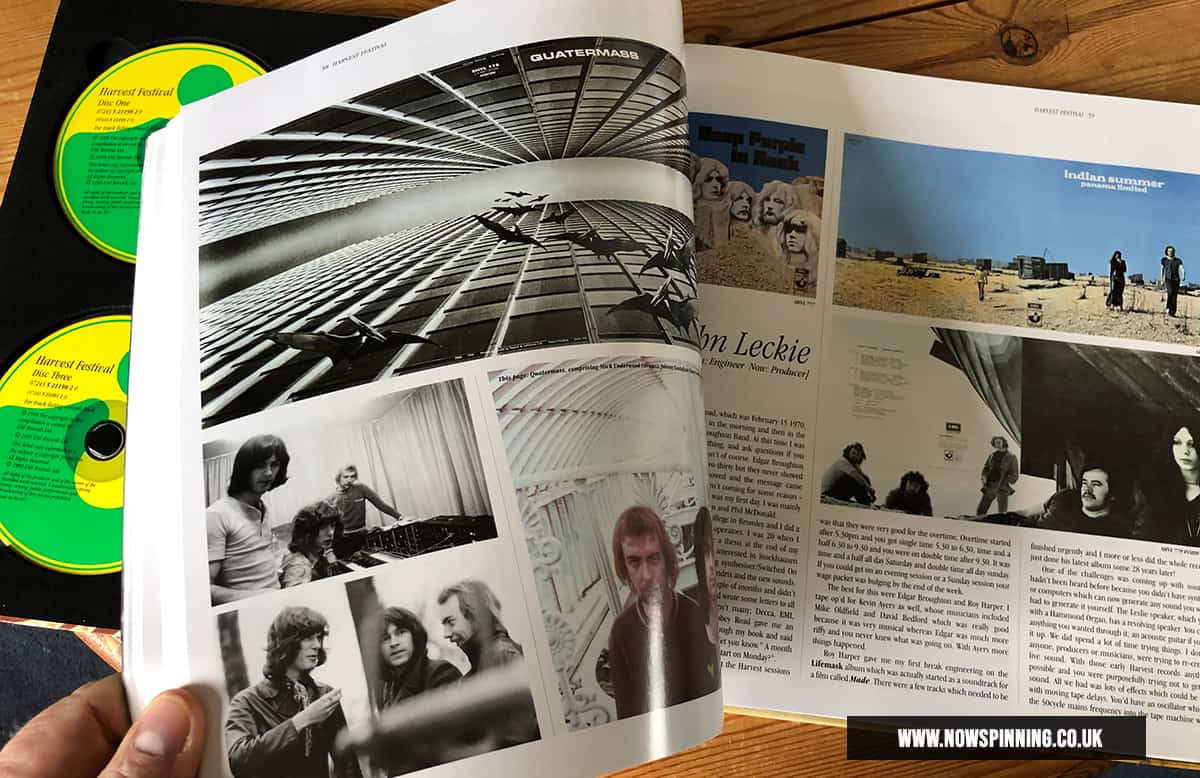 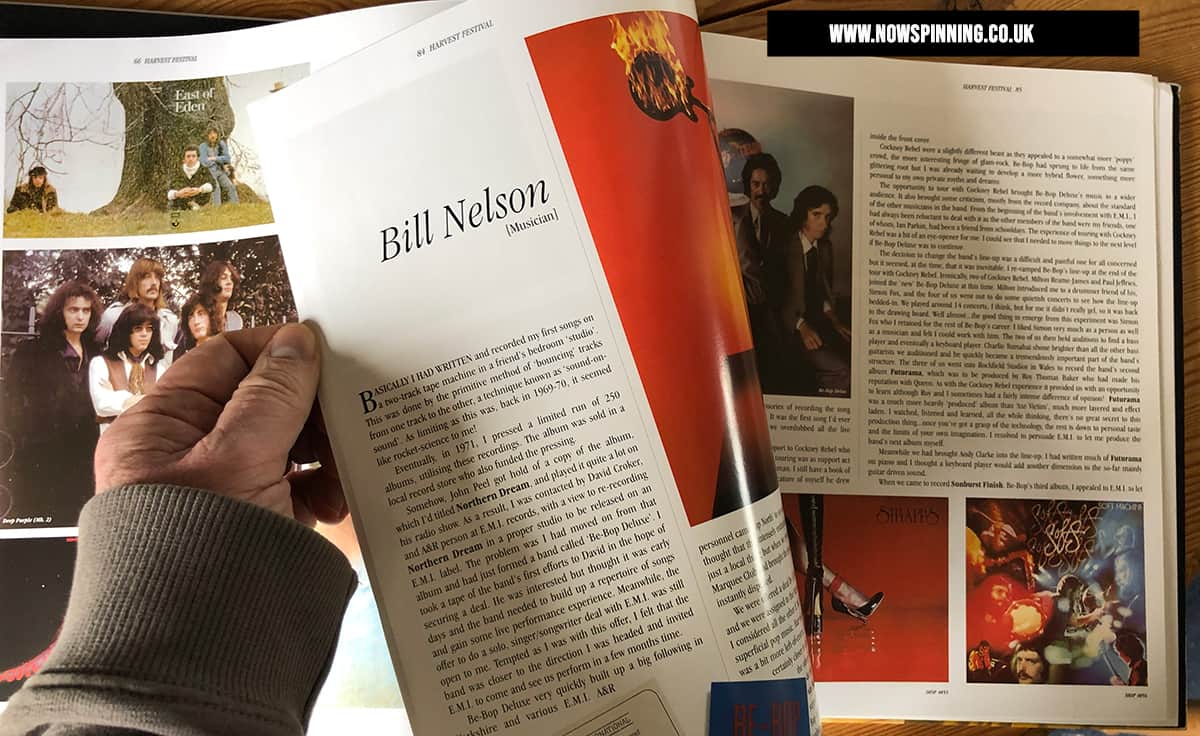 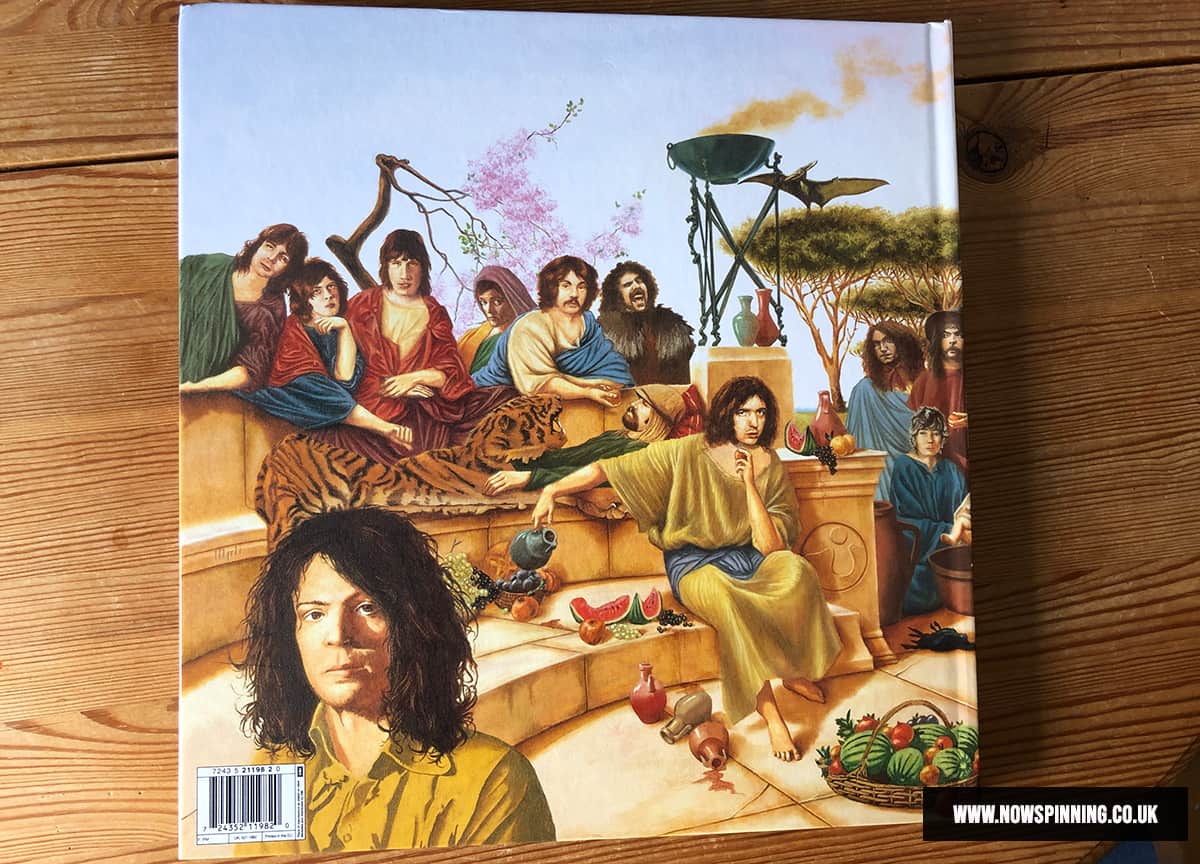