In today’s video, we’re going to be looking at a band called White Lion, who you could say are seen as a Hair Metal Band. I’ve never really felt completely comfortable with that phrase, but I can understand where it comes from as a lot of the bands during this period did start to look and sound the same.

The first three bands through the gate in any genre are the ones that people remember the most, so in this case you instantly think of Van Halen, Bon Jovi, Ratt  etc. White Lion came in towards the middle and latter end of the 1980s, and did not get the attention they deserved.

So this 5CD Box Set from HNE Recordings (courtesy of Cherry Red) gives us a chance to look at their albums in a bit more detail and re-evaluate how they compare with similar bands from that time.

The first album Fight To Survive is a good solid album, not overly polished, but a really good rock album. The mastering by Andy Pierce on every disc is superb, all these albums sound fantastic.

Next up is the one that many people will know which is Pride. This is seen as their classic album, every track is stunning, Hungry, Lonely Nights, Sweet Little Loving, Lady of The Valley, Wait, and the mega hit When The Children Cry. I always felt White Lion were not as shallow as a lot of the hair metal bands became. The subject matter seemed to have more empathy than just sex, drugs and rock ‘n’ roll.  Vocalist Mike Tramp was a favourite with the girls, but their secret weapon was Vito Bratta on guitar. This guy could really play and was a fantastic and creative guitar player.

The next album is Big Game which is not quite so good, and I think they lost some ground here. They were under a lot of pressure from the record label to be commercial and I think they were pushed in a direction they probably didn’t really want to go. The album is quite lightweight, and the cover of Radar Love does not really add much to the original.

Also at this time, the world was changing and the type of music White Lion was making was about to be swept aside. They did have one last hurrah with Main Attraction in 1991, which has become my favourite album by the band since I bought this Box Set. They were toning down the clothes and image by this time with Grunge on the horizon. The production by Ritchie Zito is superb. This really is a classic 1980s rock album from the early 1990s. There isn’t one bad track on it.

The last CD in this set is the live one from 1988. This was recorded during the Pride tour. It is very good. Some of these tracks were released before on an album called White Lion The Definitive Rock Collection, but this is the whole concert which also has some rehearsal tracks as well.

The Booklet (or lack of)

I am a complete fan and sucker for booklets in boxsets and I don’t know why record labels think that the collectors who buy physical music think that the booklet isn’t that important. This is obviously a cost-cutting exercise that I’m seeing more and more of in these type of box sets.

What you get is just a fold-out leaflet with just one picture of a Press Ad for an album on one side, and the credits for each album on the other.  There is no essay, background information, info on chart positions, interviews with the band, how the band was formed, critics’ reviews or anything about what was happening at the time.

I do find this a bit disappointing, as without a booklet, there is no real difference between these sets and the Original Album Series sets which go for £10. I’m sure music fans would rather pay a bit more and have a booklet.

So, fold-out poster versus booklet aside, this is a highly recommended Box Set, the music sounds fantastic. And if you’re a fan of this period of rock, then I’m sure you’ll get a lot of enjoyment from it. 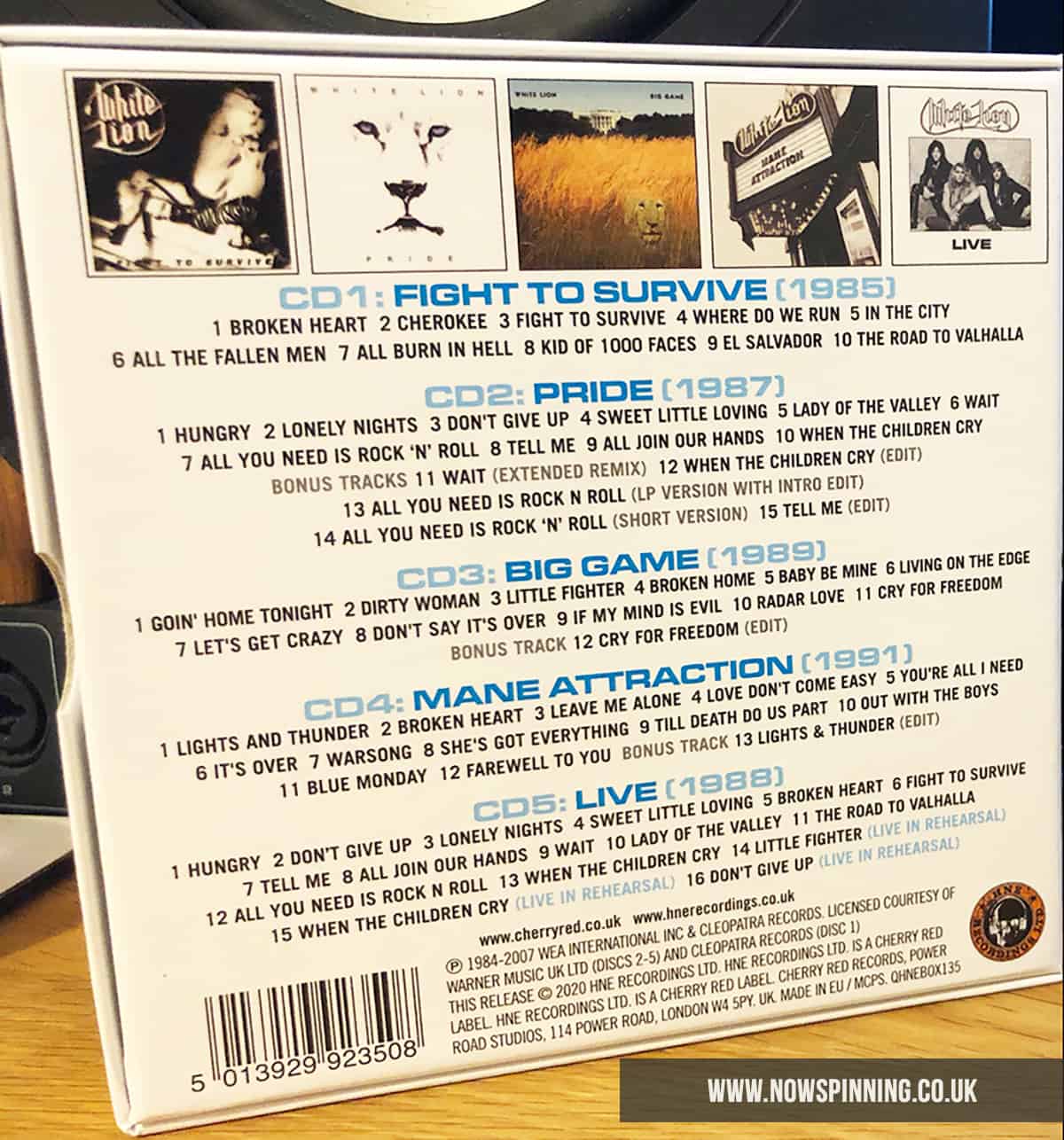