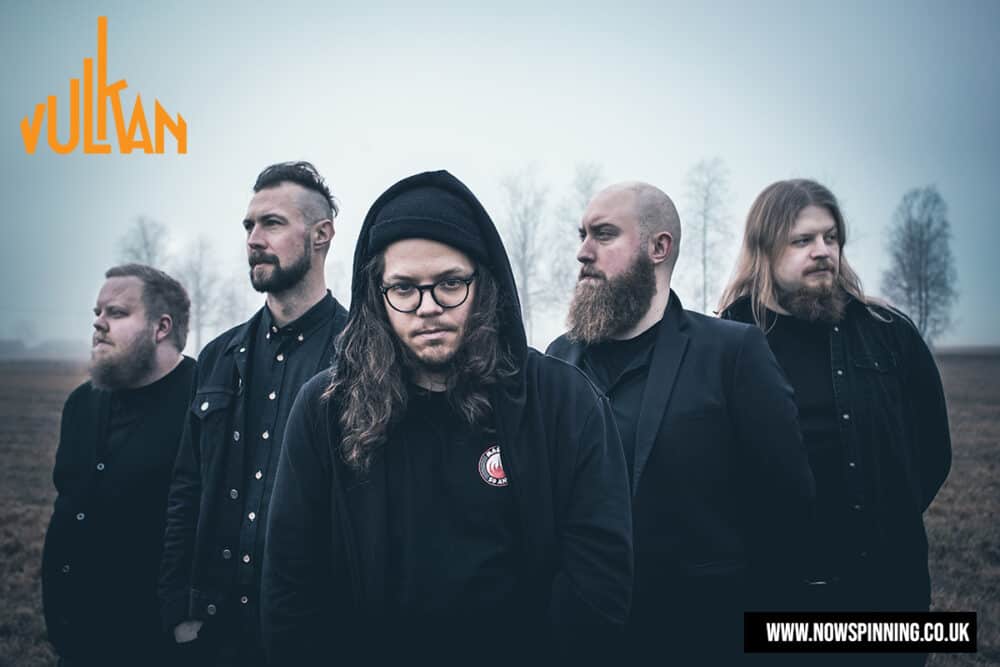 Vulkan is a Swedish heavy progressive rock band from Karlstad. They were formed in 2006. 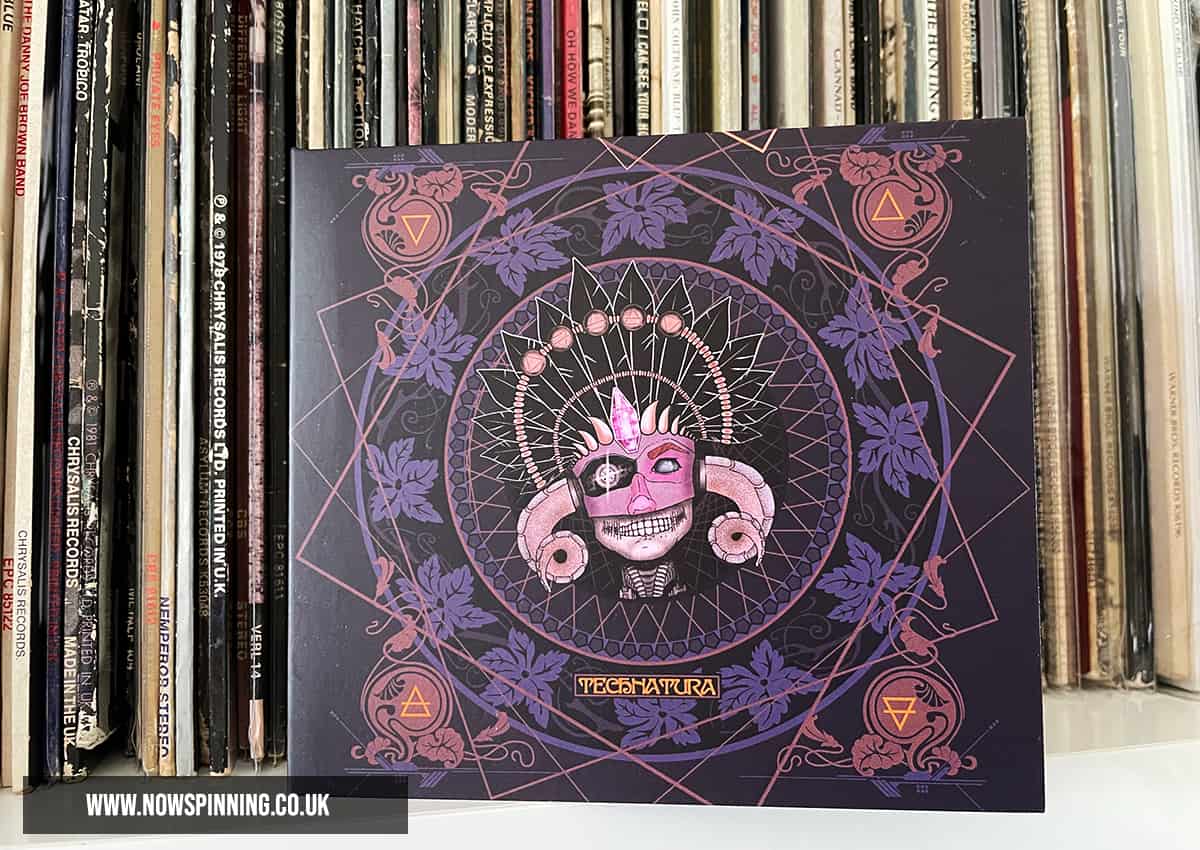 Intense, heart-stirring, complex but immediately accessible. It is good to hear a more recent PROG band expanding their musical palette to use different musical instruments and influences to create something that is at once new while reassuring for all fans of this genre. What I like about Technatura is I could not second guess where it was going to go. This is a band that weaves the best of progressive metal with a sound that is all theirs. There is a lot going on here and the music is exciting and I love the use of light and shade.

The band themselves are a five-piece made up of vocals, drums, bass, keyboards and guitar. On this album, the music is supplemented by some very talented guest musicians.

Recently I reached out to the band to ask them a few questions with the help of Now Spinning Member Steven Karlsson. The interview was done with Drummer Johan Norback.

Q: Your first album ‘Mask Of Air’ is now 10 years old. Any plans for some sort of celebration? We would love to see a vinyl release of it. Hint, hint 😉

A: Yes, it’s creeping up on us! There is actually a plan to press Mask Of Air on vinyl. Keep your eyes open for news about it.

Q: Mask Of Air has some 70’s vibe to it. I specially hear (what I think is) influences of Captain Beyond and then more modern stuff like The Mars Volta, Porcupine Tree and maybe some Anekdoten.
Do you intensionally bring in what you like into your music or do the music just “happen” to sound in a specific way?

A: I think there are endless reasons why the songs turned out that way. We were heavily influenced by The Mars Volta along with other bands during that period of time. Then add all the music you’ve listened to up to that point. It was a potpourri of influences between the four of us that made Mask of Air sound the way it does. So in a way, it just happens.

Q: Observants has a more modern metal sound compared to Mask Of Air and Technatura.
Was that by design or did it happen because of outside ?

A: On Observants there was a new lineup. Vincent Andrén on bass and David Engström on keys. An album we wrote out of song titles, trying to manifest a single title into a song. For instance ‘Hypnotica’ – a looping, hypnotic guitar riff acting as a leading thread right through the song.
This album was the first without a ‘producer’ in a sense. It’s funny that you’re mentioning ’modern’ because that was not really what we were aiming for. We made all the recordings ourselves in a studio called ‘Silence’ that is located in the middle of the woods in Koppom, Sweden. The tracks then went to Ola Sonmark for mixing and they turned out great as usual.

Q: Ola Sonmark have produced and mixed all your albums. How important is he to the sound of Vulkan?
It feels like he has full control of the sound stage. Even when you go full on one can still hear all details.
Very impressive indeed.

A: Yeah, he has a great ear. We trust his sense of music and he is going deep into the details on every album. He also leaves some ‘Easter eggs’ which you might not hear at first listen. He has been very important for us in various ways.

Q: From the lyrics of emotions on Mask Of Air and sci-fi stories (?)
of Observants you now tacle social media adiction (This Visual Hex), the hunt for fullfillment (Bewildering Conception of Truth),
control of the masses (The Royal Fallacy) but what (or who) is Redemption Simulations about?

A: Abuse basically. Physical and/or psychological abuse and the feeling of being used as a tool and not a person.
The struggle to find some kind of redemption within yourself even though the feeling will never go away.

Q: You have a few songs on Technatura with vocals in Swedish. It seems like it’s being more and more
accepted in Sweden to you your native tongue with bands like Opeth and Lykantropi also “going Swedish”.
How come you decided to write some of the lyrics in Swedish and will there be more?

A: Jimmy decided to write Swedish lyrics to ‘Rekviem’ first because (according to him) ‘it had to be in Swedish’, which in retrospect was a brilliant idea. It was obvious to him. The other songs in Swedish came along because of how good ‘Rekviem’ turned out.
We will definitely continue to write lyrics in our native tongue in the future. I guess Jim has a compendium of lyrics already.

Q: Almost all reviews of Technatura, I have seen online are really positive. Still, the band
is pretty unknown, even in the prog community. The word is starting to get around though.
Do you feel you are ignored by bigger media like Prog Magazine or have you intensionally skipped
going for marketing yourself outside of Sweden?

A: We don’t feel ignored at all really. Quite the opposite. We are just happy that people like our music and the exposure ‘Technatura’ has brought us is a success in our little world called Vulkan. I think because of our poor marketing skills we haven’t reached higher in the Prog world. But we’re not sad about it. I don’t think we are all prog either. There is a little for everyone in our music. Hopefully the word will spread naturally and more people will join the ride.

Q: Covid-19 hit just before the release of Technatura and you had to cancel all normal live gigs.
You have done one virtual festival gig but only got to play 4 songs. The pandemic is playing havoc
with the live music scene. How are you coping?

A: Fortunately we have had a huge number of fans buying our records. We are a ‘d-i-y-band’ and the economic side of it has been great. We really want to play live again though and hopefully we can see the end of COVID-19 soon! It has taken its toll for sure.

Q: There have been a fair amount of people that have passed through Vulkan the last 10 years.
The only two members on Technatura, left since Observants, are Jimmy and Johan. What happened?

A: Life happens. We’re on our third bass player, second guitarist and second keyboardist but there hasn’t been any grudges between former band mates at all. We are still friends. It’s just a matter of how much you are willing to invest in the music and also spare time to be in a band. It’s a lot of work. Although I can say that Vulkan has never sounded this good ever. With Christian, Oscar and Olle we have found a new spark that will continue to shine for a long time.

Q: Do Jimmy and Johan write a lot of the music as well as lyrics. The musical style is very close on all
three albums?

A: Yes and no. Jim writes the biggest chunk of the lyrics and I am his side kick. Musically we fortunately have Christian who is a great song writer. Before he joined the band all band members wrote the music together in our rehearsal space. Jamming endlessly for hours. We still do that though!

Q: Magnus Fagerström is sort of back on Technatura, on backing vocals. How did that come about?

A: As I mentioned before. He’s still a friend. There were a lot of friends that were featured on ‘Technatura’. Backing vocals mostly but also brass and strings amongst other instruments.

Q: The video for This Visual Hex is made by prolific animator Costin Chioreanu
(done videos for, amonng others, Opeth, Psychotic Waltz, Green Carnation)
How did that happen?

A: We basically asked him. He was into the music too, so that was a relief. The video turned out amazingly good and we are grateful to work with such a renowned artist as Costin.

Q: Keyboardist Olle Edberg came onboard after Technatura. He has a lot of work recreating a lot of
sounds and other instruments, live. what are his weapons of choice?

A: His musical wisdom and his Nord Electro! He has stored every sound recorded up til now. He is such a humble guy and fits perfectly in the line up.

Q: Christian has an instrumental side project called Solum. Johan and Olle plays on that one as well.
Are there other side projects we should be aware of?

A: I’m in the band ‘Diablo Swing Orchestra’. Jimmy, Oscar and Olle are playing/singing with various people but nothing serious I think. Christian is also in ‘Reincarnage’ and ‘Inferior’.

Q: Are you music collectors yourselves?

A: I know Jimmy and Christian are. I think their vinyl collection is expanding heavily.

Q: When you are at home what do you listen to?

A: Depends on what mood you’re in. I find myself always coming back to ‘The Secret Machines’ or ‘Puscifer’. I listen to everything really though. As long as it’s good music.

Q: What are the plans for Vulkan in the future?

A: Making sure we are playing live in 2022 if not earlier. Figure out a vinyl release for ‘Mask of Air’ in the coming autumn. There is a tiny plan going into the studio to record album number four. Time will tell!

PS: If there are still pre Mask Of Air demos available?

A: I guess there are somewhere. But I don’t think anyone would like to listen to them!

How to find Vulkan online 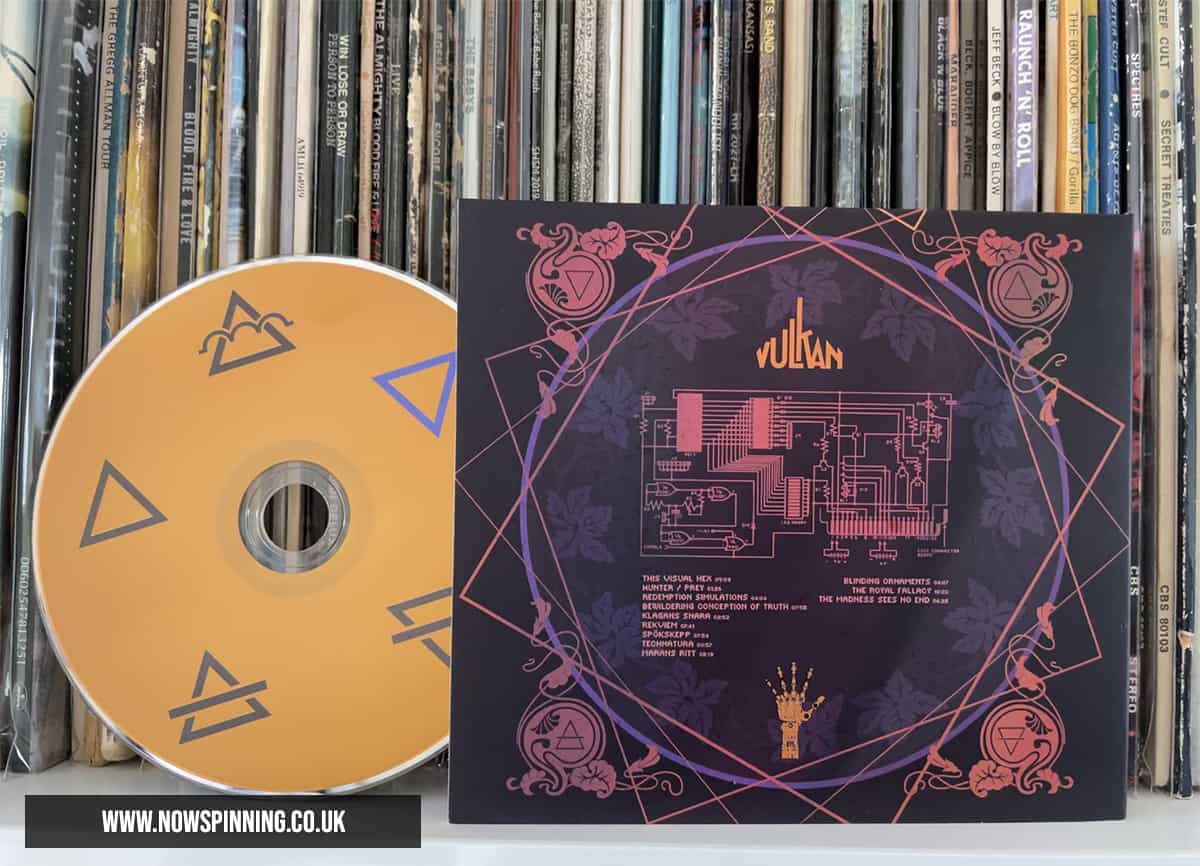 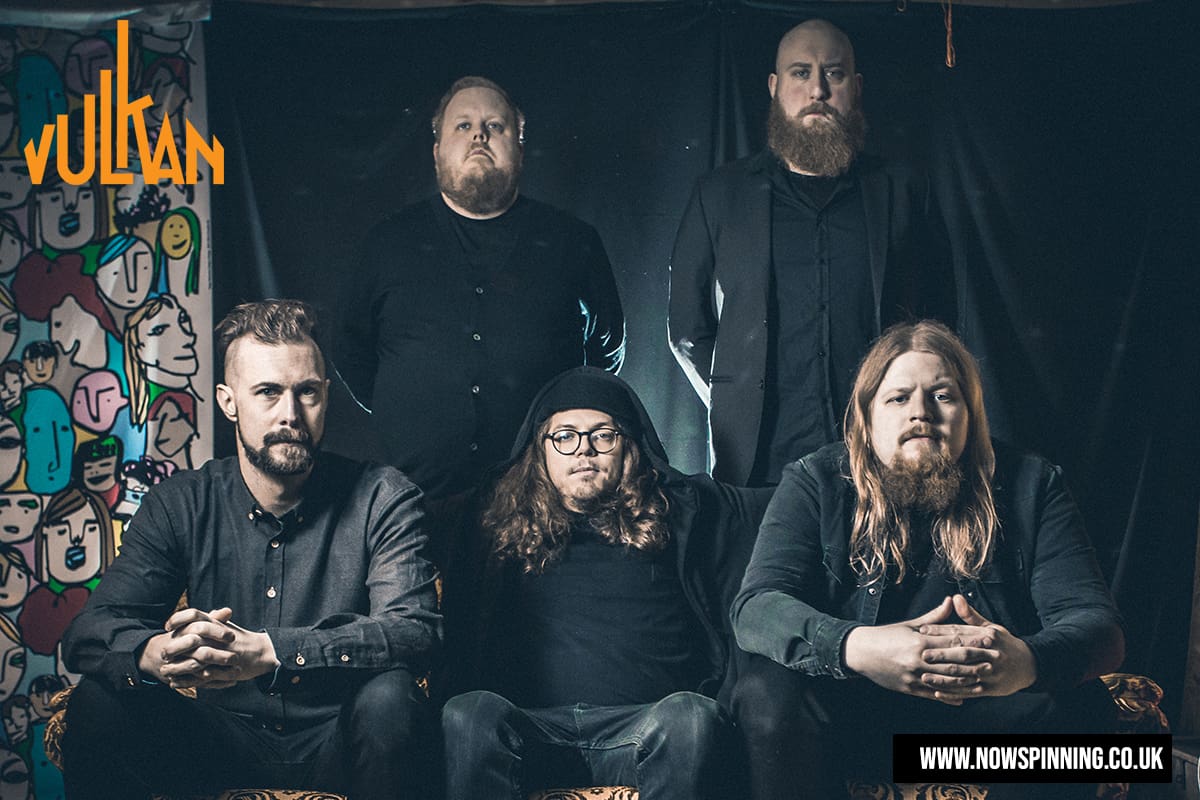