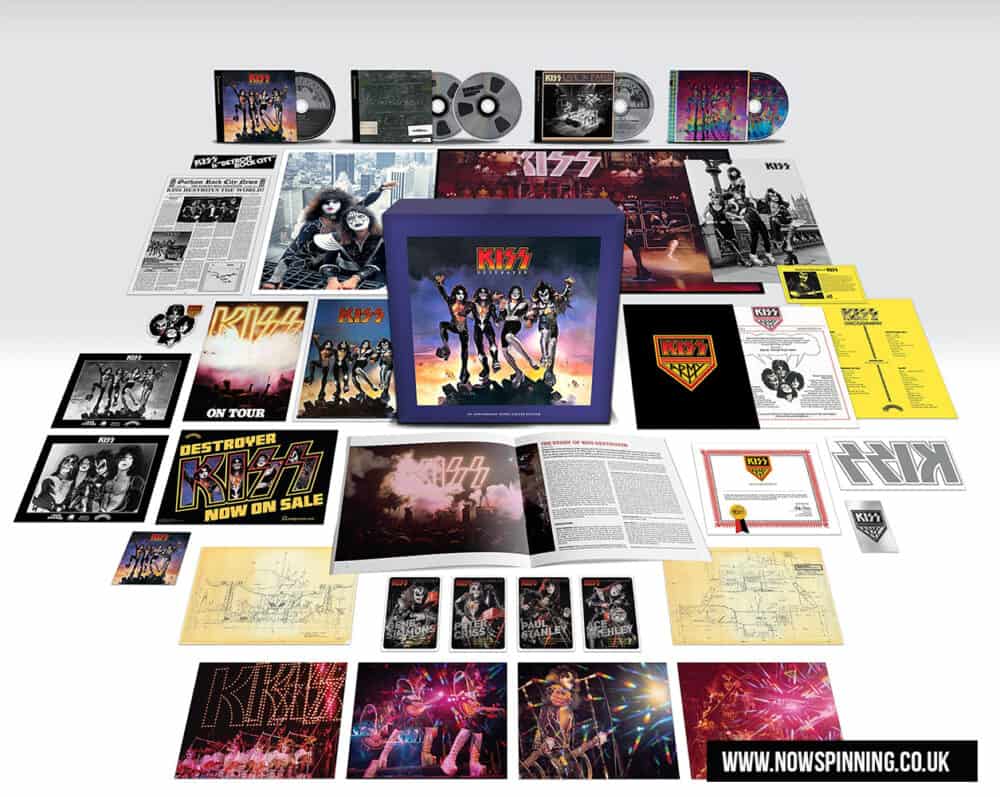 With KISS heading towards their final tour it perhaps is of little surprise that the band would want to do something special for one of their most celebrated albums. That album is Destroyer from 1976 which celebrates its 46th birthday this year.

What perhaps is a surprise if that in charge of the remix is PROG and Remix superstar Steven Wilson. Even though musically himself he is treading a more pop-orientated path all his remix projects up to this point have been classic PROG records like YES, Jethro Tull, Gentle Giant etc. He may also have tackled XTC and Tears for Fears but I do not think anyone saw this coming!

But if we look more closely I believe you can see where his interest might be. The album was originally produced by Bob Ezrin who gave it an almost cinematic sound and you can imagine Steven Wilson visualising what a 5.1 mix might be like before he got to track two.

Personally, I am really excited about this and I know a lot of people do not see KISS as the real deal sometimes but if you have ever seen them live you will know that they are.

This is such a classic album and was the first KISS album to sell over 1 million copies. It contains “Detroit Rock City”, “Shout It Out Loud”, “God Of Thunder” and “Beth”

This super deluxe edition box set look comes with all the bells and whistles you might expect from a band like KISS.

The Super Deluxe Box Set box also includes a complete recreation of the original KISS Army Kit with the original folder with;

Also included in the Super Deluxe box set are

The entire contents are housed in a lift top- style box and features artist Ken Kelly’s original “Destroyer” cover art, arguably one of the most iconic album covers in rock, making this the ultimate KISS “Destroyer” souvenir.

The album will also be available as a 2CD Set