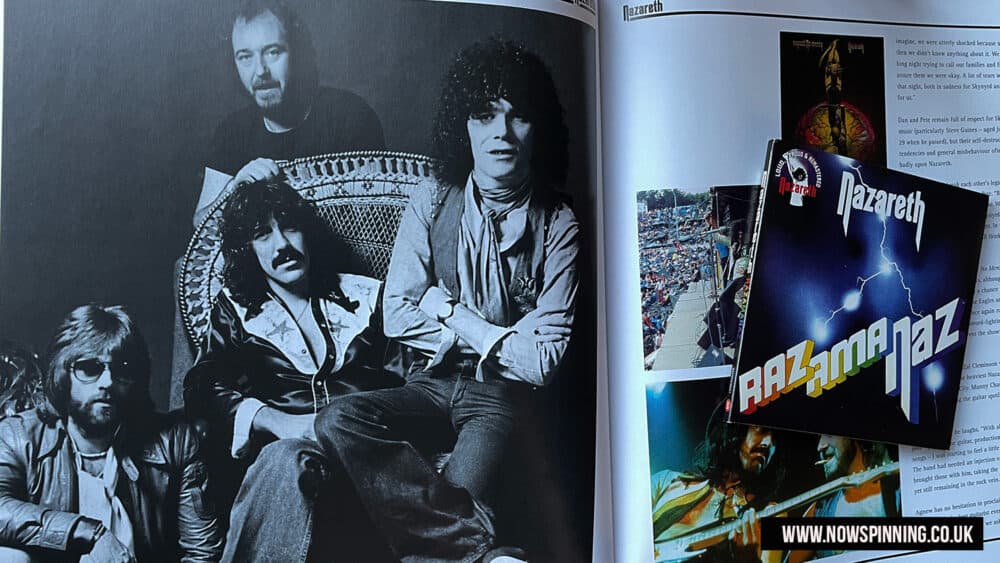 Guitarist Manny Charlton is best known for his worth with Scottish rock band Nazareth, a founder member and key songwriter.

Born in 1941 in Spain, his family emigrated to Dunfermline in Scotland when he was about 2 years old. During the 60s he played guitar in several local bands, and recorded 45s with the Redhawkes and The Mark V. He then joined ballroom covers band The Shaddettes in 1968, and they soon changed their name to Nazareth (taken from a line in the song The Weight by The Band), turning professional shortly after.

The band’s eponymous debut appeared (in the UK) on Pegasus, in 1971, with Exercises the following year. Neither sold well, but there were some really enjoyable moments, the piano led Dear John (their debut single) and the cover of Morning Dew two standouts. The band toured with Atomic Rooster and Rory Gallagher, amongst others.

The breakthrough came with the band’s 1973 Razamanaz. This was produced by Roger Glover (much of the material had already been played live while in support of Deep Purple), as were the following albums Loud’n’Proud and Rampant.

By 1975, Nazareth wanted a change of direction, so Manny produced the classic Hair Of The Dog (as well as Dan McCafferty’s debut solo effort, the same year). During the recording sessions the band experimented with a cover of Love Hurts which was a hit in many territories, and was added to the album in some (it remained a non album 45 in the UK). By this time Manny had established himself as the predominant song writer as well as producer.
Manny also produced Close Enough For Rock’n’Roll and Play’n’ The Game, which were more laid back, as was the original version of Expect No Mercy, before much was rerecorded. This album turned out “A bit more metal”, as Manny once told me. And all the better for it, it is too.

By this time Manny had started work as a producer out side of the band, working with bands like Marseille and Streetheart.

1979’s No Mean City (named after a McArthur & Long book) saw the addition of guitarist Zal Cleminson (ex Sensational Alex Harvey Band), and Manny always loved working with him. Jeff Baxter was brought in to produce 1980’s Malice In Wonderland.

The band were bolstered by guitarist Billy Rankin and pianist John Locke for ‘Snaz (a wonderful double live set) and 2XS, but they were back to the original 4 piece for 1984’s The Catch.

In 1986, aside working on Nazareth’s Cinema album (some good songs, commercia, solid but not ‘Nazareth’ production, and a very limited mainland Europe release), Manny also worked on the pre production of a number of songs with Guns’n’Roses, and these would later be issued on the 2018 2CD reissue of Appetite For Destruction.
1989’s Snakes ‘n’ Ladders would be Manny’s last with Nazareth, largely due to tensions within the band (financial credit for the songwriting and production over the years) and with the label, who divided the band by the bringing in other musicians.

I made contact with Manny in the mid 90s, by which Nazareth were recording with his replacement, a returning Billy Rankin, and by then I was running the band’s fanclub. We shared a lot of correspondence and I met him at his studio in Inverkeithing while recording Drool, and a track was at least being considered for the use in the Doom computer game franchise. He relocated to the USA soon after (his wife was Texan), and we kept in touch. Manny continued to record solo and as the Manny Charlton Band, producing some very fine hard edged rock. He also recorded with From Behind (with The Voice Of Rock – Nickey Moore, ex Samson) and Fluffy Jackets, alongside former Whitesnake bassist Neil Murray.

I last met Manny in Dunfermline in 1999, when he returned for Darrell Sweet’s funeral. We shared a hug. He was always very supportive of the fanclub and was genuinely saddened when I had to finish it.

In the early to mid 00’s I also had a surprise Skype call from Manny, where he talked about ongoing projects, and sadness that Nazareth had lost the blues.

It’s always hard to write an obit for a musician you are a fan of, more so when it’s someone you knew and worked with. So today I’m spinning Nazareth’s Hair Of The Dog, the first album produced by guitarist and song writer Manny Charlton. Yes I do have 12 copies of the LP, 3 CDs, on top of what’s included on the Loud And Proud box set. Joe 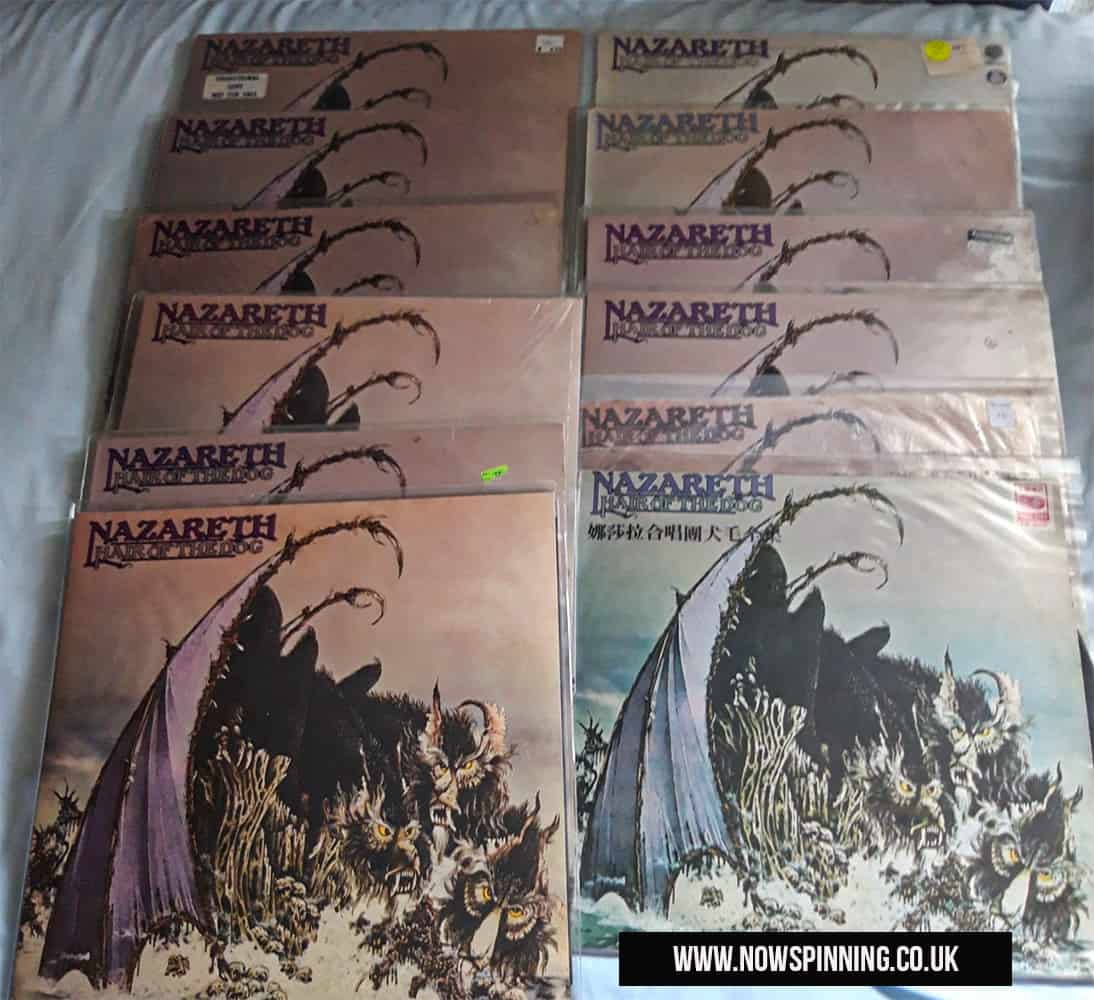 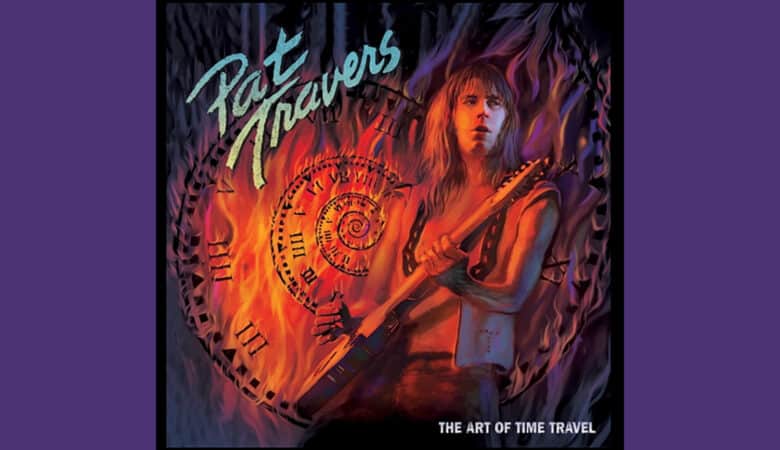 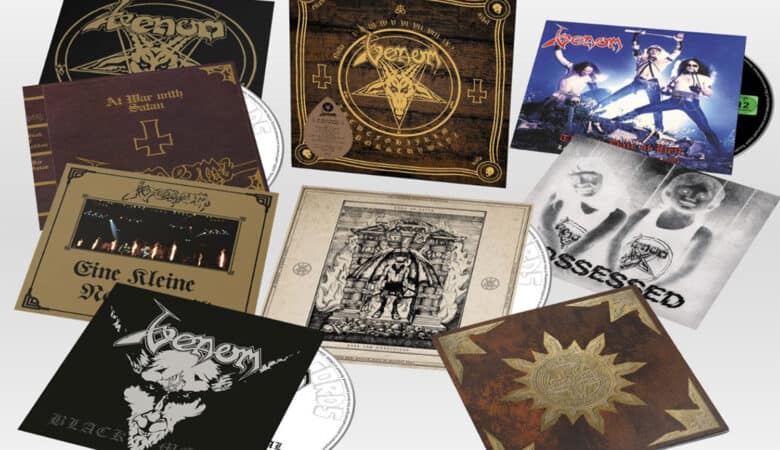 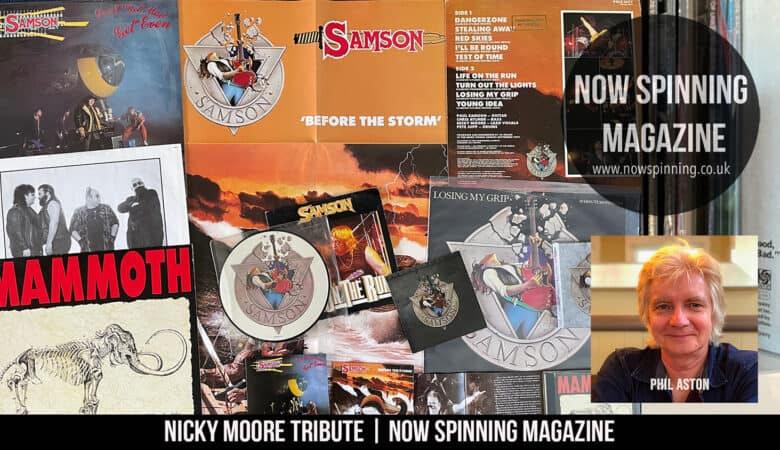 A very sad loss! Thanks for all the wonderful music Manny and sympathy to all friends and family.