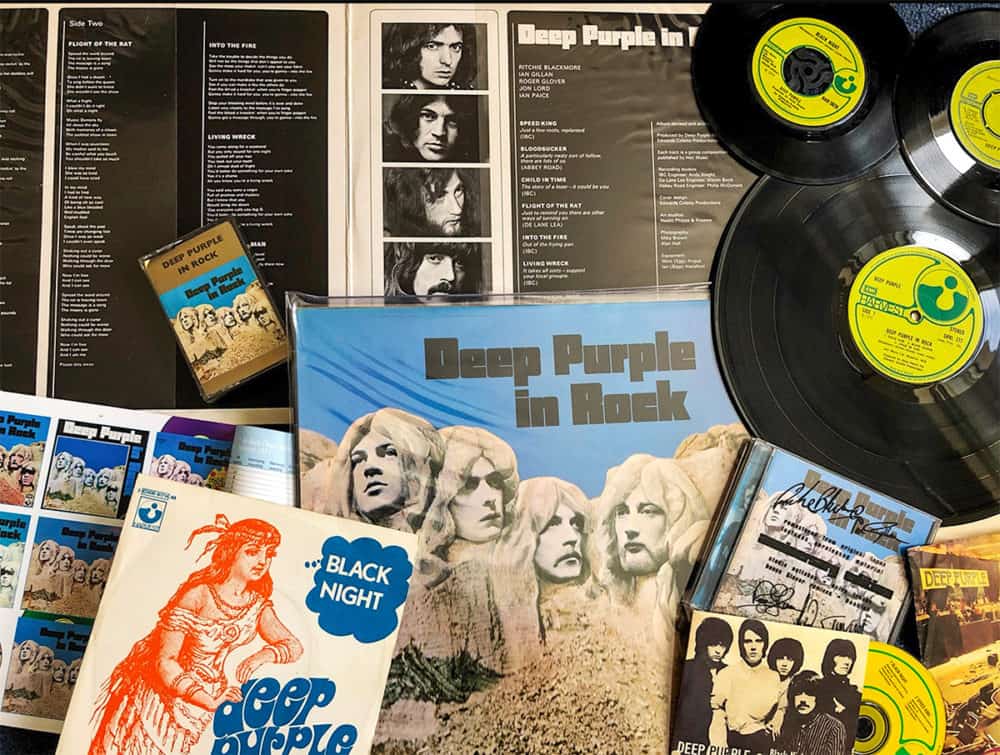 Deep Purple In Rock : Memories of a Classic Album

Deep Purple In Rock : 1970
This was the first album I bought on my own. it was on Pre-recorded Cassette from Beatties in Solihull in 1973, I was 14.
A friend had lent me Machine Head by Deep Purple, Tarkus by ELP and For Your Pleasure by Roxy Music in an attempt to pull me away from the Glam rock I was listening to at the time. Being a Slade fan Deep Purple seemed the closest fit so with my pocket money off I went to to try and buy a copy.

The store did not have Machine Head but recommended ‘In Rock’.  Cassettes had inferior artwork, but the image of the band carved into the side of a mountain seemed pretty cool. The song titles suggested this was not pop music either and ‘Flight of The Rat, Into The Fire’, Speed King’ Child In Time etc sounded intriguing.

The thing to remember is back in the 1970s there was an age gap with your parents. Now I share the same musical tastes with my own sons Dan and Lee, but with my Dad, we were miles apart. He liked his crooners, and easy listening but anything with loud guitars or screaming was utterly alien to him.

He did take an interest in my first purchase and was keen for me to put it on his new sony record player to give it a spin. If you know this album, you will understand that ‘Speed King‘ starts with a cacophony of noise as the whole band plays over each other with guitarist Ritchie Blackmore (soon to be my hero) making his guitar sound like a dying elephant. The look on my Dad’s face confirmed this was the band for me.

Over the following days and that summer holiday from school I played in every day, I had a Teleton Cassette player and took this down to the park so I could play even when I was out with my mates. That Christmas the only presents I wanted from Santa were more Deep Purple albums!

In Rock by Deep Purple was one of the first rever real heavy metal albums to be released even though back then it was called heavy rock. They were part of the holy trinity with Black Sabbath and Led Zeppelin. Having Jon Lord on keyboards gave them extra-musical textures and the sound Mr Lord generates on ‘Hard Lovin Man’ is incredible.  In fact that one song really needs to be looked at again.

This was proto-speed metal before anyone knew what that was. It is the heaviest song on the album and the intensity of the music and delivery is just incredible. The solos by Ritchie Blackmore and Jon Lord are still so exciting to this day and as the song races to its climax, the sound of the guitar being panned from left to right and squealing in pain is just fantastic.

This was also a time when having a hit single did not mean you would find it on the album. Black Night made it to number 2 in the charts but was not included in the album. Can you imagine that now?

The other song that needs a separate mention is Child In Time. Unlike the Made in Japan version Ian Gillan’s screams build up slowly to the crescendo we all know. Then after a small organ interlude, Ritchie Blackmore lets rip with a guitar solo that single handily puts him on the guitar hero stage. When you listen to his playing from just a few months before on the last MK1 album it hard to believe it is the same guy. His vision of where Deep Purple was going was clear to see. The Concerto for Group and Orchestra was Jon Lord’s baby In Rock was Ritchie Blackmore’s. It was a very grungy sounding album and ironically it sounded older in the late 1970s than it does now in the 2020s.

The version to get is the 1995 Anniversary Edtion on CD which has some Roger Glover remixes with the best of the bunch being Flight of The Rat. This also includes an unedited version of Black Night where Blackmore’s solo over the fade-out can be heard in full. The CD also included the track Cry Free’ which is an excellent outtake from the album. If you can get an original on vinyl you will know if it a first pressing by the weight of the vinyl. This was 180gm + before it was a thing!

I also want to mention the book Wait For The Ricochet by Simon Robinson which is over 170 pages devoted to the story of this groundbreaking album.

Deep Purple In Rock started me off on a journey that continues to this day. 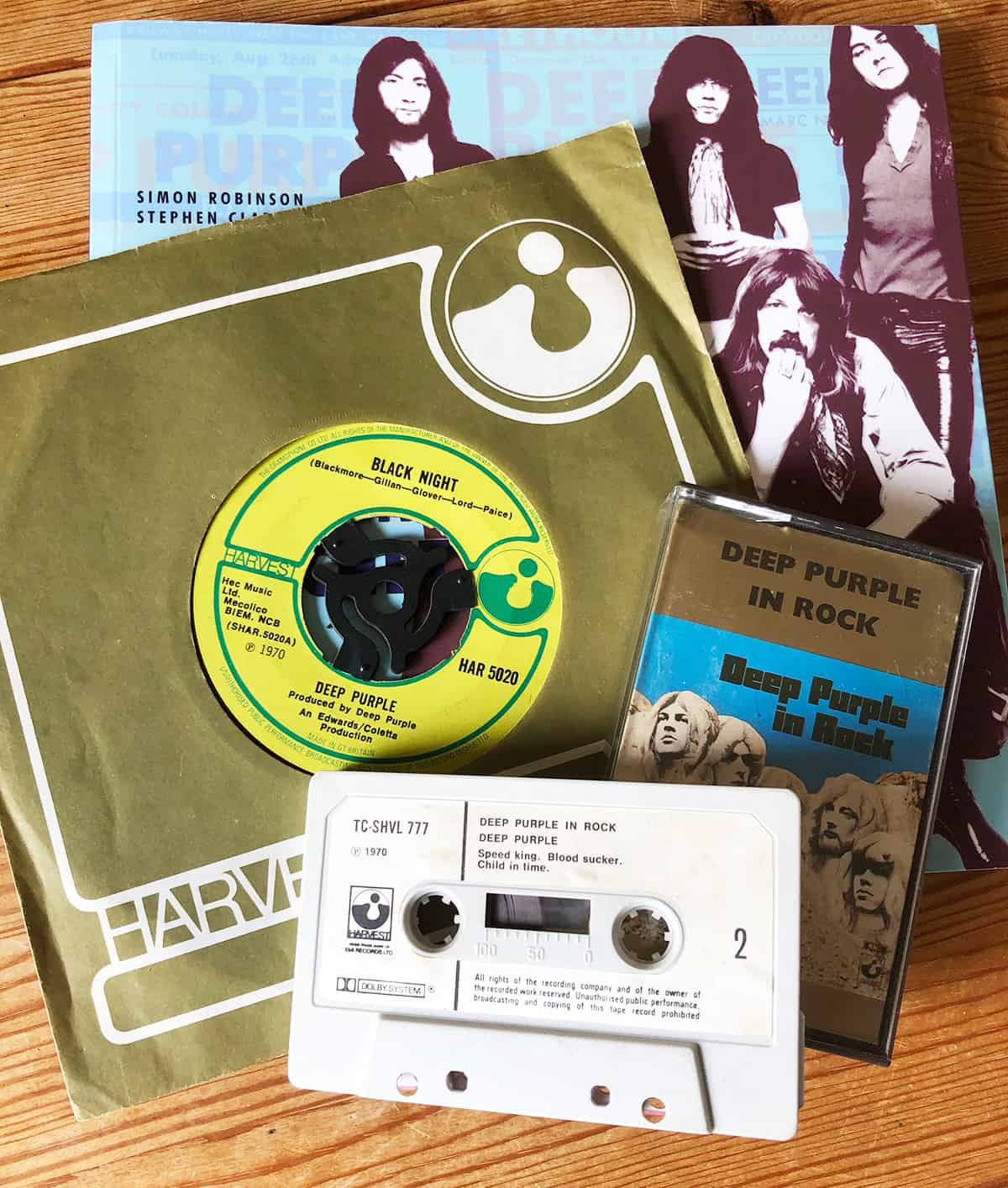 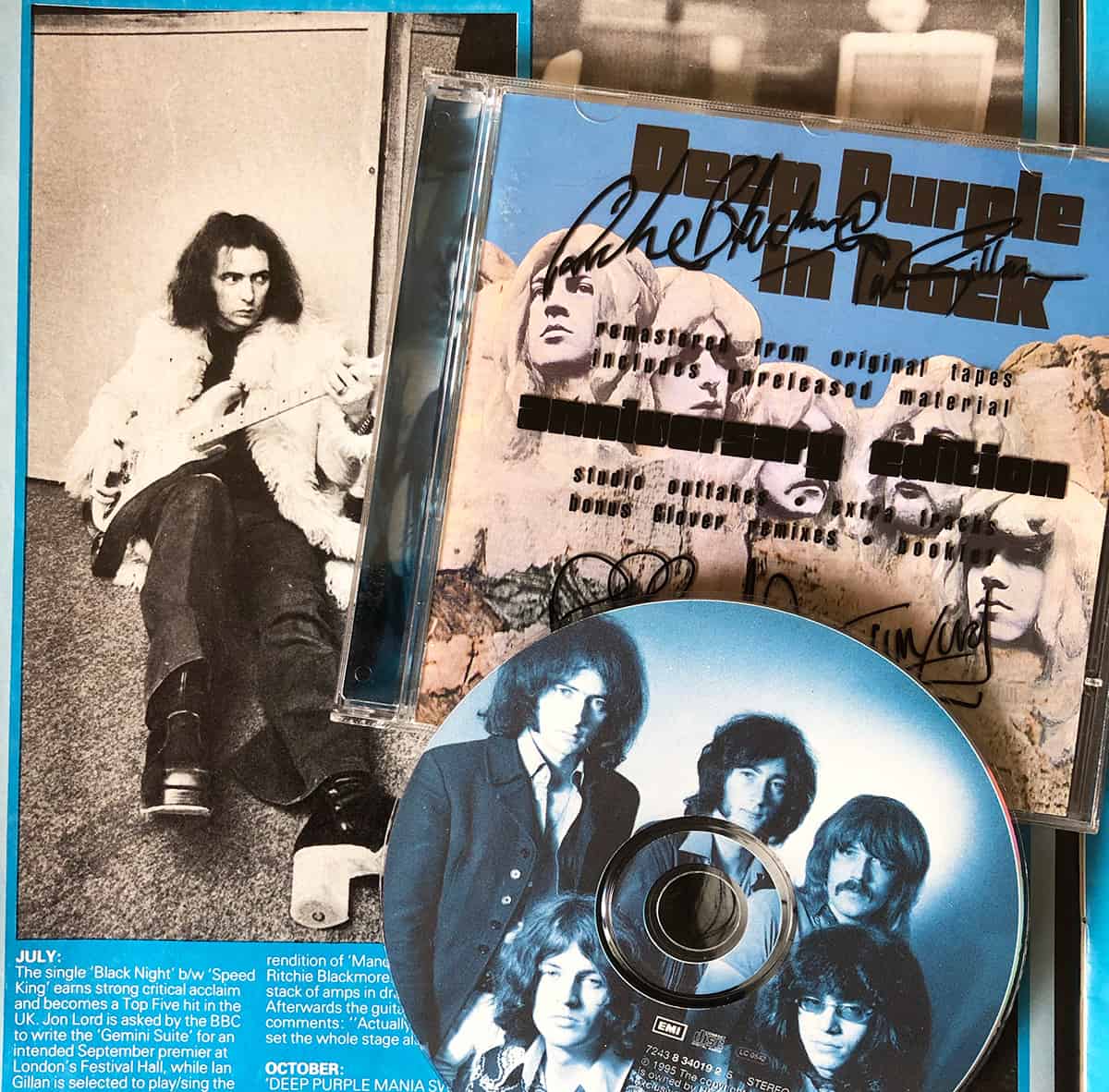 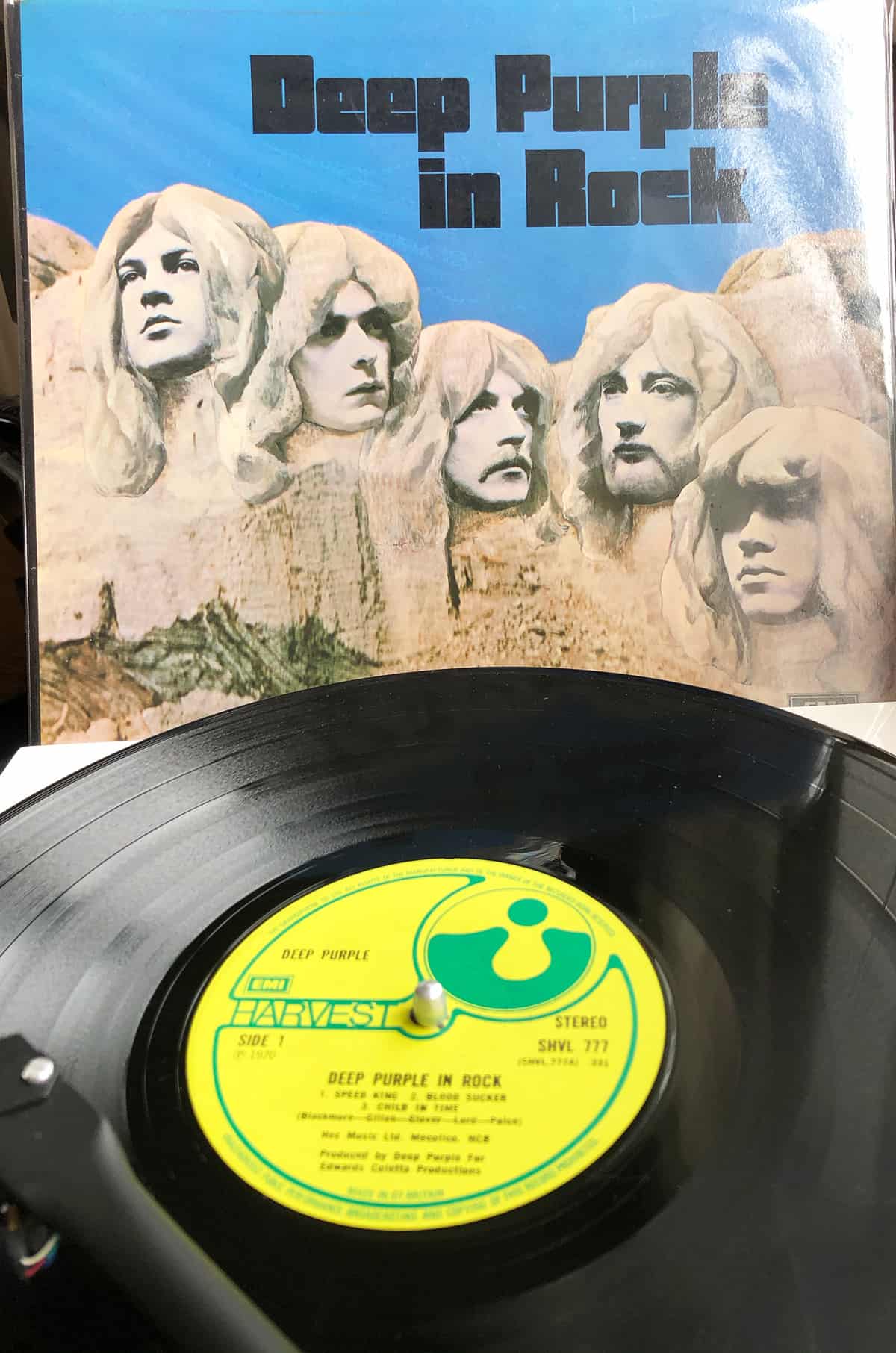 Hi Phil,
Thanks for sending the link to this article. You’re right, so many similarities. Interesting to hear how your parents reacted back then. My mum was always very supportive when it came to music and record buying. She loved pop music. Dad was less enthusiastic. I remember on one shopping trip, I returned to the car with a new LP tucked under my arm. Dad asked, “What do want another album for? You’ve got loads already.” I told him, Yes – but I don’t have THIS one. That’s the thing about record collecting: it never seems to have an end.
By the way, you mentioned Woolworths in the Made In Japan write-up. Our local Woolies also had a pretty decent record section. I remember seeing all the LPs by the Sensational Alex Harvey Band in the racks there, thinking how great they looked. At that point I hadn’t heard their music, but after Delilah was a hit, I had to get all their albums. So, for my birthday and Christmas in ’75, that’s what I received. SAHB became one of my favourite bands. I still treasure all those old records.
Cheers!
Clive

Hi Clive, thank you for commenting. I am also a huge SAHB fan. Perhaps I should include NEXT in a future Classic Album Video Review? Phil 🙂