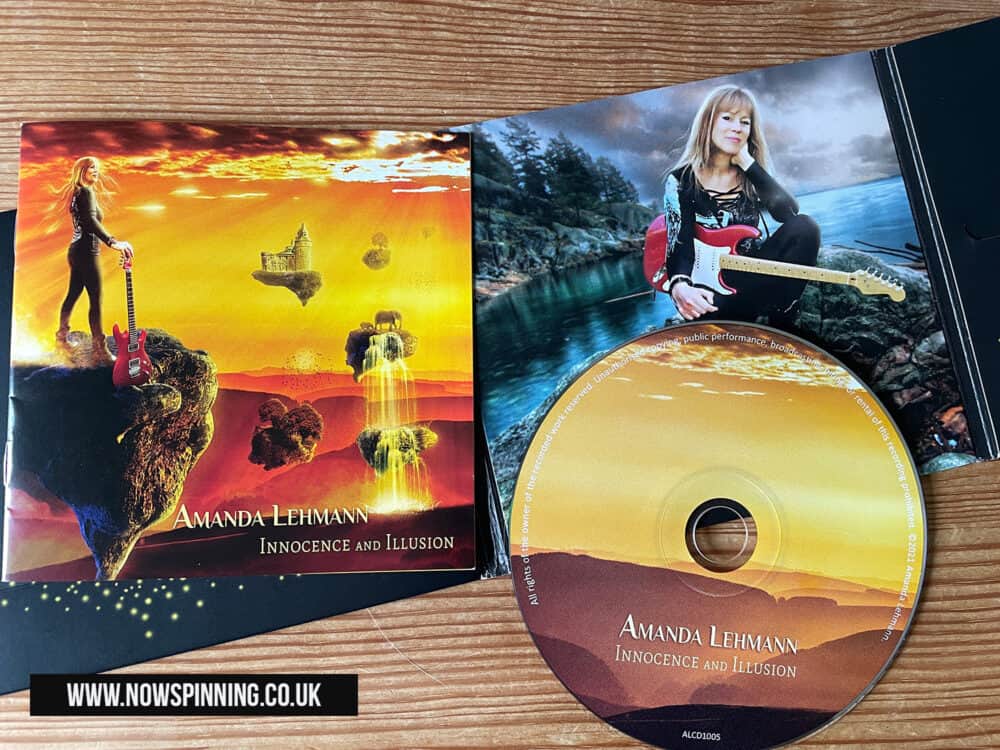 Amanda Lehman’s latest album, Innocence and Illusion, is a wonderful collection of nine original songs that showcase her talent as a singer and multi-instrumentalist.

Originally a classically trained pianist, Amanda found herself falling in love with the power of rock and the overdriven guitar. She is not constrained to any one musical genre and blends the boundaries throughout this album between folk, blues, rock and classical.

The opening track is a cinematic PROG masterpiece, seven minutes long it features some absolutely stunning music. Amanda’s vocal style reminds me of Candice Night in places. Her guitar playing also has elements of Ritchie Blackmore and David Gilmour within her lead lines but she has her own style which displays some real feel and raw emotion.

Prior to this album, Amanda has been playing guitar and backing/lead vocals with Steve Hackett even joining the band on several tours. Amanda also features on a number of Steve Hackett’s albums and live DVDs and regularly appears as a guest at some of his shows.

I am very impressed by the variety of styles on the album. From jazz, blues, complex PROG and heartfelt ballads.  This is an album that continues to grow on you with different songs becoming favourites after repeated listens.

The ballads are emotional and heartfelt while the uptempo songs are catchy and fun. Amanda’s voice is clear and strong throughout the album.

This is an excellent CD and highly recommended.