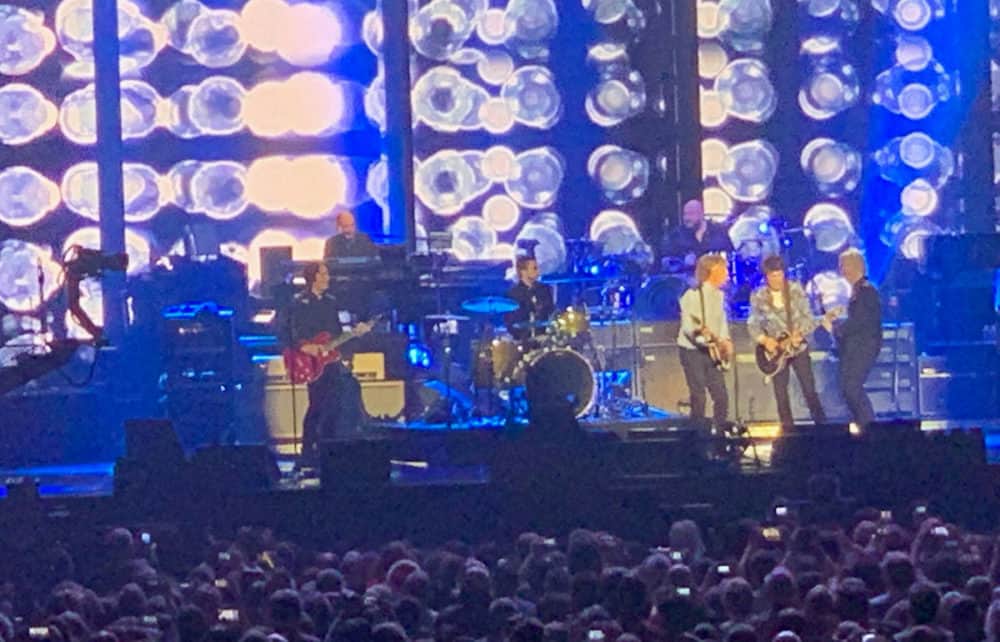 Have I Seen the Beatles Live?

Just before Christmas I went to see Paul McCartney in concert. It was a great concert he played Beatles songs, Wings songs and his solo stuff. Three hours, we only just got the last train home!

In the encore, Ringo Star came on and played the drums to one number. At that moment in time we had all living Beatles on the stage and that got me thinking. Does this mean I’ve seen The Beatles?

AC/DC were on the edge of stardom with the untimely death of Bon Scott. All that hard work playing clubs, nobody could really expect to sit by the Highway to Hell for the rest of their lives. I think the music they did with Brian Johnson is some of the best music they have done. My brother won’t listen to anything after Bon Scott. We went to see them live with Axl Rose as the singer and they were excellent. You would expect that really, Axl and the rest of the band are professionals and know what the fans want.

No article, on changing band members could be written without a mention of Deep Purple. A band that has seen it’s development and change in directions by changing members. Whether you are Gillan, Coverdale, Hughes, Blackmore or Morse, or all of them fan as I am, each has, and still do leave their mark.

But, look at Queen, surely nobody could fill the very large shoes of Freddie Mercury? But they have been fronted by Paul Rogers and Adam Lambert. We went to see Queen with Adam Lambert and he (sorry they) were amazing. Adam didn’t try to be Freddie, he was Adam which maybe is the trick.

Maybe the future is to have bands of the 60s and 70s represented by the sons and daughters of their patents. Easy for Iron Maiden as Steve Harris’s daughter is an artist in her own right.

For me it’s about the enjoyment, the experience. Am I, and is the band enjoying the music? If the answer is yes, then who cares? As Ringo started playing those drums, it was The Beatles and a moment, like so many gigs I’ve been to that I will always remember.

Tim Hughes is a member of the “Now Spinning” Facebook group in his spare time he can be found transforming companies with social media.