Record Collector voted this 8-LP box set from Madfish as Reissue of the Year for 2021.

It’s certainly an arguably overdue revisit of most of Laura’s storied back catalogue; the seven albums from 1969’s aptly-titled debut More Than A New Discovery to 1978’s Nested, plus an LP of rarities and live recordings, though none of these are previously unreleased.

Unfortunately, and for whatever reason, this set is an LP-only release, a decision that has certainly not met with approval from several members of the Now Spinning Facebook group, who would all prefer the lower entry cost and convenience of a matching CD box set (some just favour CD over LP, for a variety of reasons).

This is a great shame, because of the inevitable relatively high price point of an 8-record set (about £160 in the UK). American Dreamer would unquestionably have reached a much wider audience with a multi-format release.

But it is what it is, and what is here is a truly impressive package.

The sound of all the albums is exceptionally good, mastered somewhat on the smooth side, which contrasts with the more edgy way most of Laura’s albums were originally cut, particularly in terms of her vocals.

Perhaps the only downside to this latest presentation is whether this smoothness and rounding of edges is the tell-tale result of mastering from a digital file? Although I have no actual evidence to go on, it’s probably fair to say that, if this was a fully analogue production, then Madfish would most likely be shouting if from the rooftops. It’d be a major selling point, if applicable.

A slight weakness here is that there’s little or nothing in the way of provenance for how the records were put together, other than they were remastered especially for this set. Extensive details are important to many vinyl lovers.

As you’ll see in the video unboxing and review, I compare the American Dreamer pressing of New York Tendaberry with the 2017 Analog Spark reissue of this 1969 classic, mastered by Ryan Smith at Sterling with full analogue production using the original master tapes. Impeccable credentials.

Although absolutely fine of itself, the American Dreamer version is sonically somewhat inferior to this renowned reissue, which is now becoming an expensive collector’s item, along with the Analog Spark reissue of Eli And The Thirteenth Confession. This again lends credence to the thought that the Madfish records were made using digital media.

Vinyl weight is pretty standard. No 180 gram stuff here. That’s actually fine, because whoever pressed the records for Madfish did a stand up job. They are quiet and faultless.

But, as mentioned earlier, each of the eight LP’s is still of excellent fidelity. There’s just the inescapable and nagging feeling that more could have been done to optimise things. It certainly leaves the door wide open for another, perhaps complete, career-spanning box made with the audiophile in mind.

Of course any no-compromise box would cost considerably more, further limiting the potential market. And while £160 isn’t chump change by any standards, it does mean that you’re only paying £20 per LP, which in today’s world of ever rising vinyl prices (and availability) is a really good deal.

And that £20 each price tag excludes what must have been the high production costs of the superb laminated outer box, made from extremely tough and durable board, and the exceptionally well put-together 36-page book, which you’ll be able to see in some detail in the video unboxing.

In conclusion, given Laura’s ever rising stock, this was most definitely the right sort of release at the right time and I would broadly endorse Record Collector’s view that it represents the very best reissue of last year.

Inevitably, it could have been even better, and a CD-release at some point would be most welcome. But, as always, Madfish has set high standards here and I would unreservedly recommend American Dreamer to any Laura enthusiast or anyone with a decent turntable who is interested in exploring her extraordinary body of work over a too short career. 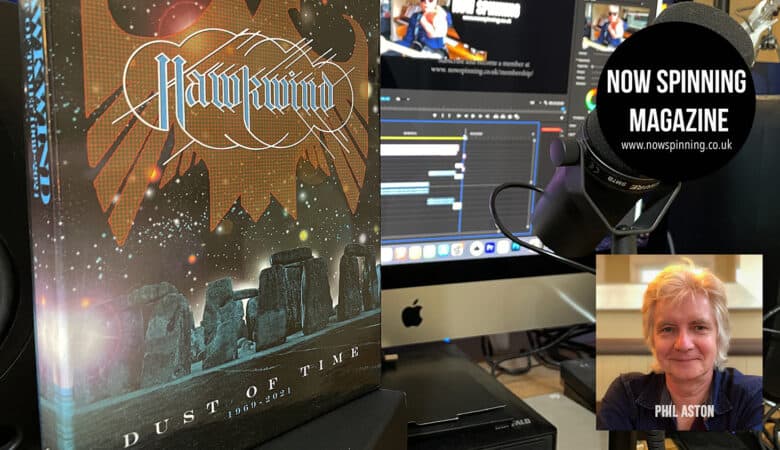