I wanted to say a few words about UFO guitarist Paul Chapman who sadly passed away recently and this is an album that I’ve been wanting to talk about for a while. The album is ‘The Wild The Willing And The Innocent’  from 1981.

This is the UFO album that I play the most. I have always been a big UFO fan. I discovered them in 1975 with the album ‘Force It’ and went back to buy ‘Phenomenon’ and then ‘No Heavy Petting’. I was probably the only person in my peer group at that time who knew who they were!  I have done a feature on UFO before with the ‘Lights Out’ album, and by the time ‘Obsession’ came out, they were on the launchpad to great success and they really deserved it.

Everyone knows the ‘Strangers In The Night Live album’. Which is seen as one of the best live albums of all time. So when Michael Schenker left and Paul Chapman came in (I knew Paul Chapman from his time with Lone Star, but I’ll have to admit he wasn’t kind of on my radar as being a guitar hero. The first album they made with Paul Chapman was ‘No Place To Run’, which was produced by George Martin from The Beatles, which was a strange mix really.

At the time when I first heard No Place To Run I thought the production was light. Up until this point, they were progressing into a  really melodic, hard rock band and I felt at the time that this album was a downturn in quality. I did, however, love the title track when I heard it on a BBC In Concert program.

So I decided I was going to follow Michael Schenker and UFO we’re no longer going to be a band that I followed as such. And then in 1981, I was in Virgin records in Birmingham and they had a sale on and The Wild The Willing and The innocent was there at a bargain price. I had seen positive press reviews saying it was a return to form so I thought I would give the band another go.  I had invested so much time with UFO, seeing them live , buying all the albums and thought, why not?

The production was fantastic, this was the best UFO had ever sounded. The song just motored along, the drums were huge, what a great drummer Andy Parker is! I just loved it and then it just got better and better. Each track seemed even more powerful than the last.  Long Gone was next and there’s something magical about it. Maybe some of you will agree with this?  I always thought that Phil Mogg was a great frontman with a great voice good.

I think on this album, he became the full package. He songwriting, his observations of life, maybe he had been listening to Bruce Springsteen but his lyrics were more observational about life on the street or life at that time, he’s phrasing, the passion in his voice was spot on.

I know you hear these stories that he didn’t write the lyrics until the last minute, but the songs sound so well structured here and are perfect. They just fit together so well, I think it all came together on this album in a way that many people might have thought they could not do again. The other thing to mention is their use of strings, they dabbled with strings before but here on Long Gone they sound part of the band and they are massive and menacing, it really is a fantastic combination. Total genius! Next up are the title track and It’s Killing Me both excellent songs.

So which CD version should you get? I would recommend the CD Remaster from 2009 which was done in conjunction with Rock Candy. This comes with a nice informative booklet. It’s full of press cuttings from the time and it really does give a good insight into the story behind the album with lots of memorabilia.

if you starting out on UFO, this isn’t a bad place to start. You don’t have to start with the Michale Schenker material (which is great), but this is a classic rock album and UFO at this point, we’re just on top of the world. 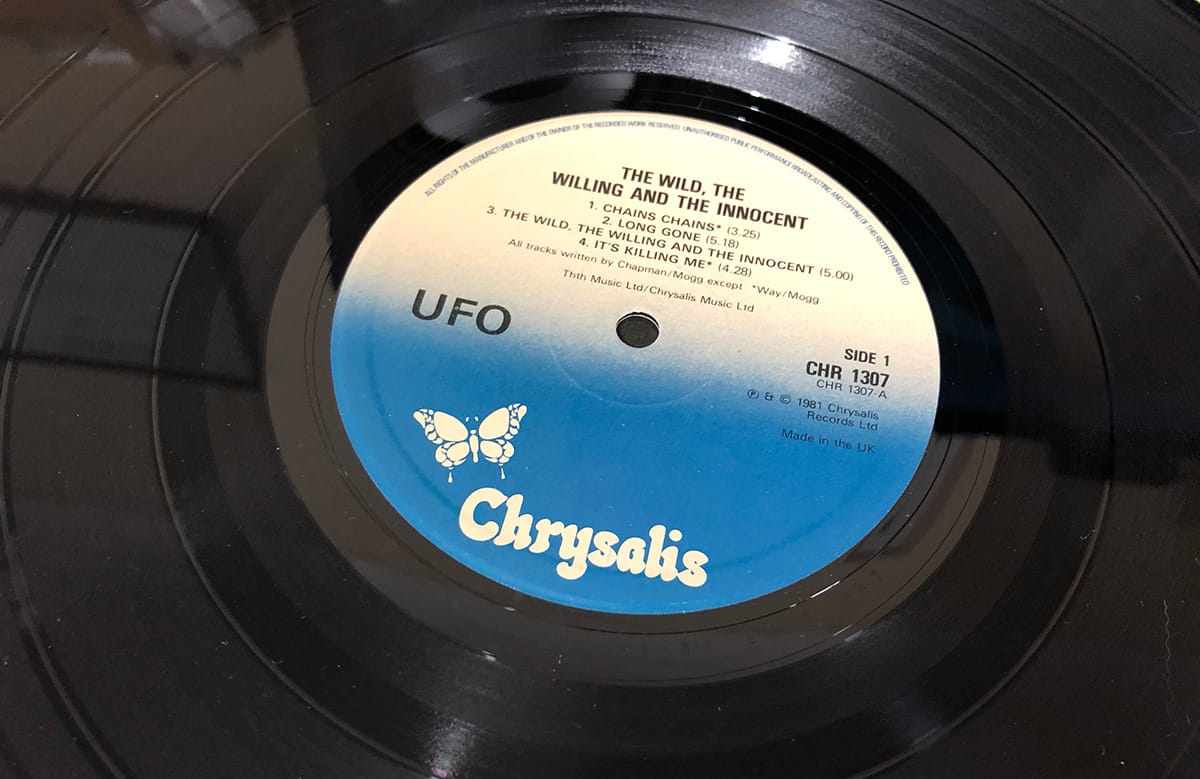 Great review, Phil! I never heard of Paul Chapman at all, nor have I ever heard of Lone Star. Obviously I know who Michael Schenker is and love his guitar style, especially on ‘Love to Love’. Likewise, I am familiar with Pete Way from Ozzy, Fastway and Waysted. Phil Mogg is a great singer. I’ll check out this album, most likely the vinyl, not the CD, just because I love vinyl so much.

Hi Laura,
Thank you for watching and your kind comment. I think you will really like this album. The production is superb as are the songs and performances. Let me know what you think when you get a copy. Phil 🙂