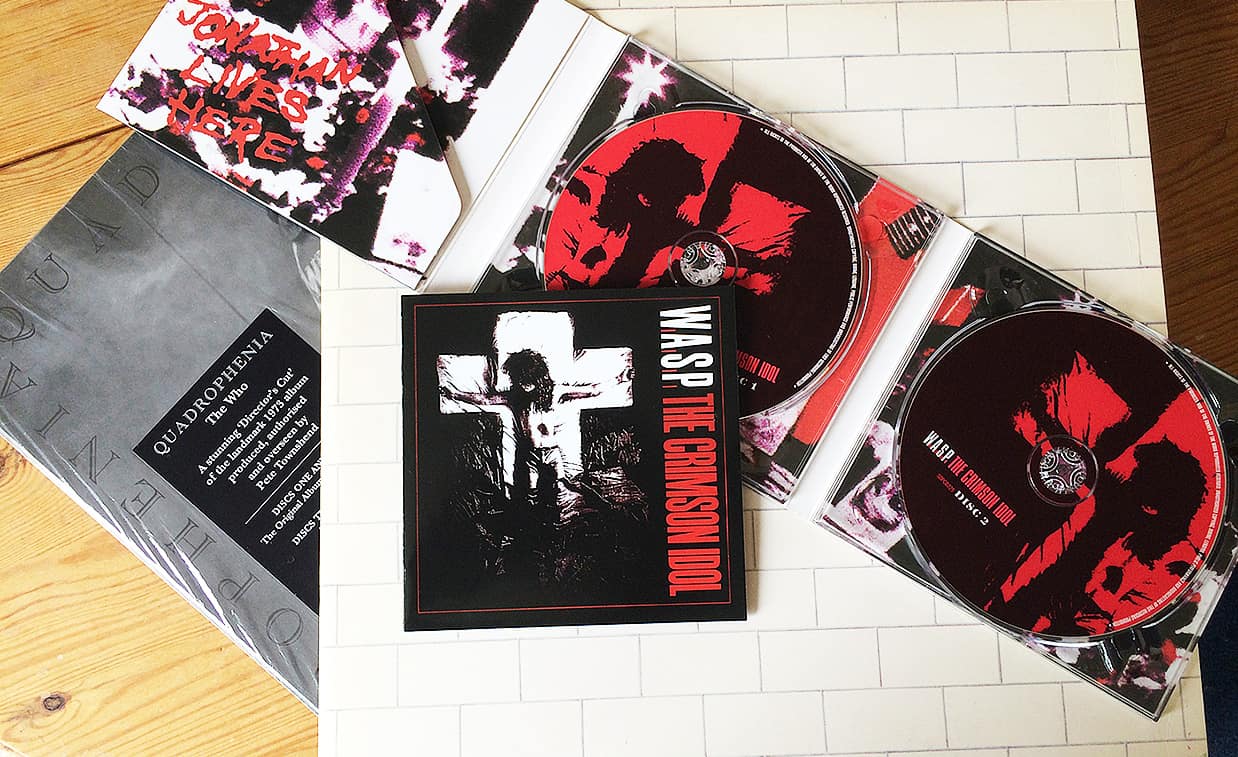 As a band that rose to fame via a single on ‘Music For Nations’ called ‘F**k Like a Beast’. W.A.S.P nailed their colours firmly to the comic metal flag pole and for most of the time have stayed there.

They had a singer was called ‘Blackie Lawless’ (not a good sign) and as part of his stage set he fired rockets from his crotch (oh dear) So my perception of them and their singer ever coming up with anything worthy of a second glance was slim.

However, in 1989 they released The Headless Children which included a cover of ‘The Real Me’ by the Who and a ballad called ‘Forever Free’ which both included some superb vocals and band performances.

What came next in 1992 was a full blown concept album called ‘The Crimson Idol’. The 1990s was not a good time for rock bands, Grunge was still ruling the airwaves and Nu Metal was just taking shape, so a traditional rock album based on the life of a 80s Rock star was as about as welcome as a turd in a swimming pool.

I’ll admit I did not hear this album until about 10 years after its release. I presumed it would be the usual shock rock stuff, I was so wrong.

There is a reason why the photo below also includes Quadrophenia by The Who and The Wall by Pink Floyd. I can only imagine that Blackie Lawless locked himself away and listened to nothing else but these two albums before starting out on this project.
From the sleeve notes Pete Townshend even gets a mention for his inspiration! The comparison comes from the structure and the sound. The drums roll around the soundscape like an advancing army, sometimes overwhelming the songs, but it is a fantastic experience.

The lead guitarist on this album is Bob Kulick and on track 8 (The Idol) he does his finest Dave Gilmour impression (on steroids) on a chord sequence that owes much its existence to ‘Comfortably numb.

Although the album does not hide its inspiration it does not take anything away from the fact that this is a fantastic piece of work.

It is Black Lawless though who takes the main credit as he wrote the music and you could say this his solo album. He vocals are stunning. You may not always be able to make out what he is saying, but you can feel his pain, you can cut the angst with a knife!

I do not know how well the album did, but W.A.S.P returned to their more familiar material after this.

If you have always been put off this band due to the artwork or what you think you know about them give this a listen.

Recommended : The Idol, The Great Misconceptions of Me