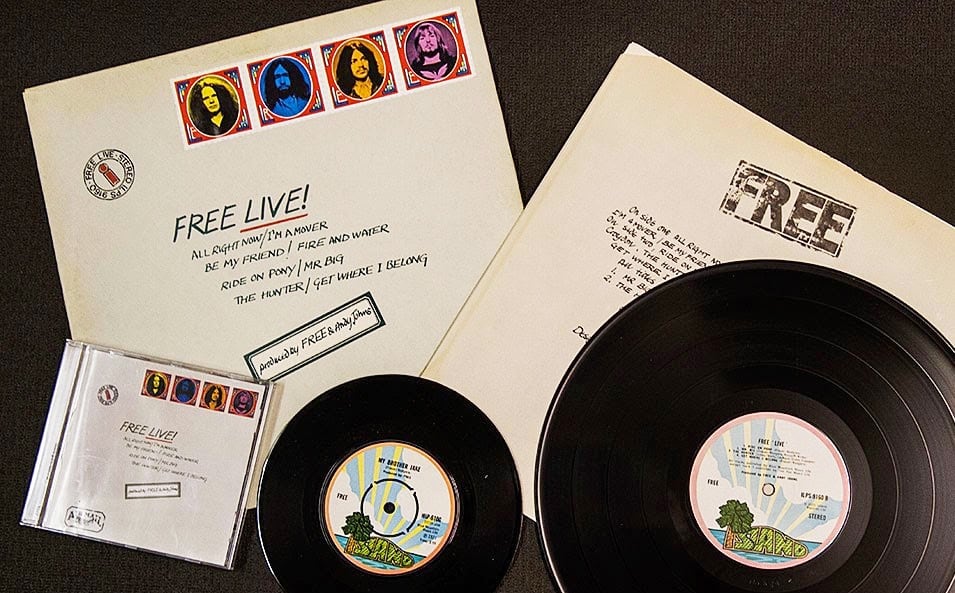 It was 1975 and I was 16 and listening to the Saturday rock show. This was the main way to hear rock music and discover new bands. There was also The Old Grey Whistle Test but that was on quite late so I was not always able to catch it.
My experience of Free up to this point was the single All Right Now but that was about it.

This particular Saturday Alan (Fluff) Freeman (BBC Radio 1) played Mr Big from Free Live, it changed everything. Afterwards my record collection seemed flat, I had plenty of sophisticated rock music but there was something about this band Free that was different.

There was the vocals of Paul Rodgers, the feel, the angst, the pain in his voice. I could feel the emotion pouring out of my Dads Dynatron-Radiogram. But there was something much more that arrived just after the 2nd chorus…It was Paul Kossoff.

I had rated guitarists up until this point based on how fast they played., here was a guitarist that made each note pick you up by the heart strings and refuse to let you go until you were completely submerged in the music.

It sounded live, it was raw, just 4 musicians (barely out of their teens) connected together and delivering a performance that defines blues rock like no other.
It also includes a bass guitar solo that almost matches the guitar solo from Kossoff and when they all reach the climax of the song, it is one of the most finest moments in recorded music!

Free live itself was no ‘Made in Japan’ the production was a bit muddy and the track selection not perfect. But the Mr Big, The Hunter, Get Where I Belong section was and still is simply wonderful.

The island re-master sounds fantastic although I would add the live CD from the ‘Song of Yesterday’ box set possibly tops it. There are lots of liveversions of Mr Big now available, all recorded at a similar time but none of them come close to the spirit of the version on Free Live.

Free, Paul Rodgers and the mighty Paul Kossoff became one of my fave bands from this point on.