Free: Tons of Sobs: Video Review
How I discovered Free, a look at the vinyl album, 2001 remaster and comparison with the new Andy Pearce remaster from 2016.

My introduction to the band was from The Free Story vinyl album, and I bet there’s many people out there that were introduced to this band the same way. When I bought The Free Story, I loved every track, but there was something about the first track, I’m a Mover, where Paul Rogers’ voice sounds very different to how he would sound on future Free albums.

Free, back then were aged between16 and 17 when they made Tons of Sobs.  They were a very young band. Although, from their lyrical content they were very mature for their ages and had obviously done a lot of living from the kind of songs that they were writing.

I actually bought Tons of Sobs in 1976 on the same day that I bought Run with the Pack by Bad Company. I was just enthralled by it.

It has such a mysterious cover, with a clown looking at Mickey Mouse in a coffin and a rabbit in a graveyard. On the inside cover, you have the band looking very mysterious. Paul Kossoff looks like he could rule the world!

The first copy I bought on CD was in 2002 when all the Free albums were released with extra tracks. When they were put together you could choose to have either Paul Kossoff or Paul Rodgers on the CD spines.

I felt these remasters were fine until the 2016 set of remasters were released. These came with no extra tracks at all so I was reluctant at first to see if they were any different.

The 2016 remasters were done by Andy Pearce who has done a sterling job and these are the best the Free albums have sounded on CD.  There’s something about the sound stage, the clarity of the musicians, the warmth of it. It’s probably as close as you’ll get to vinyl without having all the cracks and pops! Tons of Sobs was released in 1968 it is a very raw blues-rock album and Kossoff is simply on fire on this.

Andy Fraser had not quite got his mojo for writing the songs yet with Paul Rogers. They are nearly all Rogers’ compositions, apart from Moonshine, which is written with Paul Kossoff. Going Down Slow is over eight and a half minutes long and the notes just pour out of Paul Kossoff’s guitar. Sweet Tooth is actually my favourite track. I think Kossoff’s playing is just absolutely fantastic.

If you’re a fan of blues guitar, this is where Kossoff made his mark. He might have later on pulled back on the number of notes he was playing. (He never played millions of notes) but all the notes he plays are on target, and this is a classic piece of blues classic rock and every home should have one. 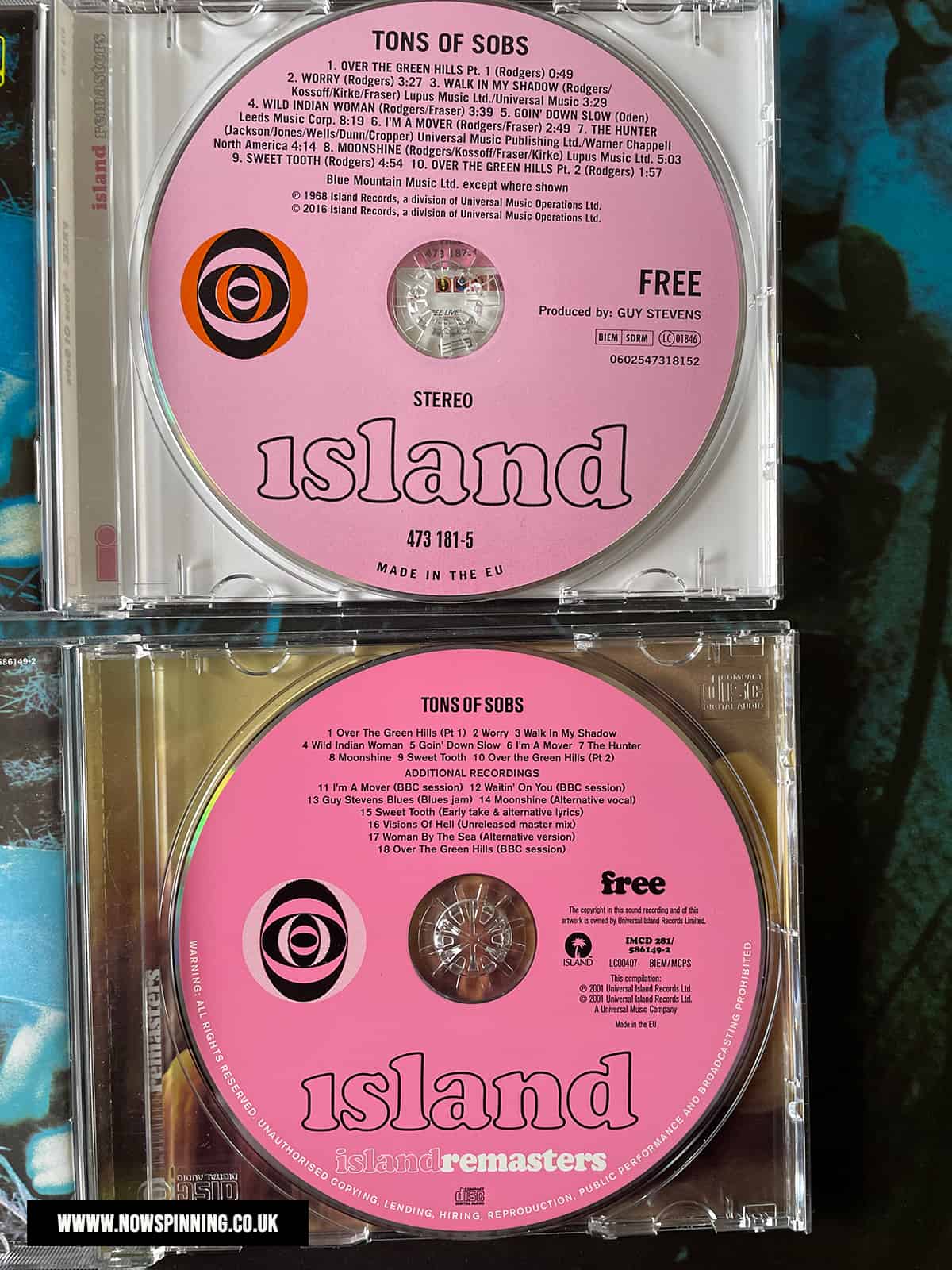