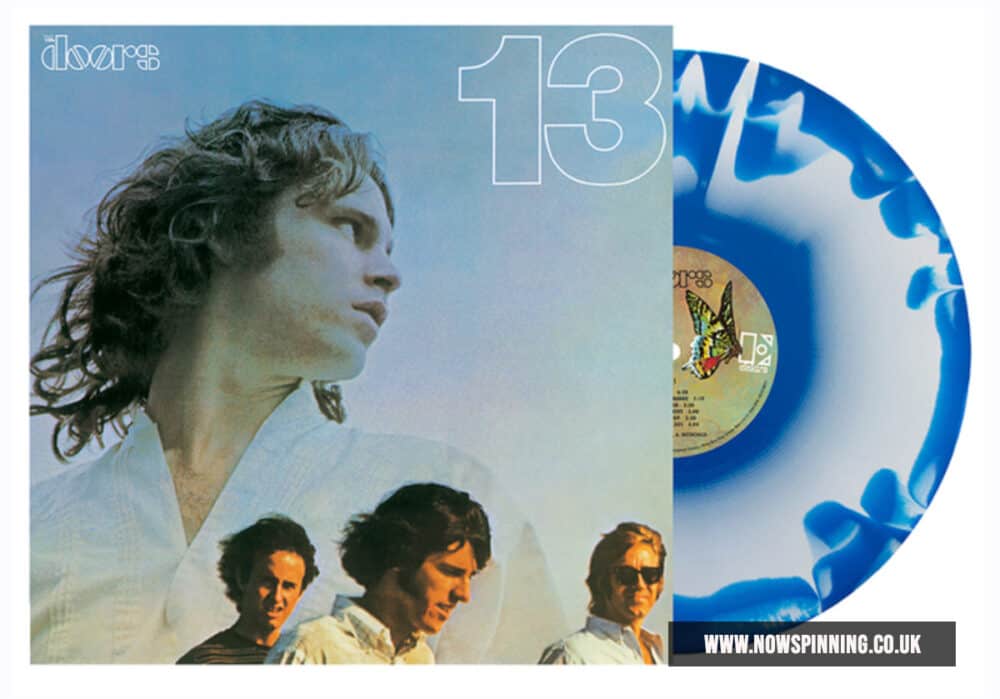 This was the very first compilation album released by The Doors. It was called ’13’, and was given the title due to how many tracks were included.

It was originally released in 1970 and was used as a vehicle to combine all the hits up until that time. It was released before L.A Woman so it does not include Love Her Madly or Riders of The Storm etc.

This 50th Anniversary edition has been remastered audio by longtime Doors engineer/mixer Bruce Botnick. It also comes pressed on blue and white vinyl. The sleeve includes original artwork and the inner sleeve.

At the time of publishing this post, there is no CD release. This seems odd and short-sighted. This compilation has never had a CD release so this is a lost opportunity. ’13’ compliments the Weird Scenes Inside The Goldmine compilation release (which is on CD) which deals more with deeper album cuts. A big deal was made about that getting it’s first CD release recently, so let’s hope this changes.

Side One:
1. Light My Fire
2. People Are Strange
3. Back Door Man
4. Moonlight Drive
5. The Crystal Ship
6. Roadhouse Blues

I recall it’s original release but don’t think it was about for too long. Weird Scenes was a popular compilation.

Yes The Doors 13, a decent compilation. 1970 it came out, I have an original pressing and yes like Jim says Weird Scenes is worth having.