As many of you know I am a big fan of Deep Purple and anyone connected with them. I always felt while all the core musicians walked the earth everything was in balance!

So when Jon Lord passed away in 2012 I was devastated. I was not just a fan of his work with Deep Purple etc but also his contemporary classical music which also incorporated some beautiful songs and artists.

I will be doing an overview of his solo albums in a future video but albums like Pictured Within, The Durham Concerto and To Notice Such Things are essential listening.

I went to the memorial concert in 2014 at the Royal Albert Hall so really looked forward to the release of this box set. It was a brilliant night featuring Deep Purple, Bruce Dickinson, Glenn Hughes, Paul Weller, Rick Wakeman and many more. The box set itself did not hang around for long so it is quite hard to find now.
So here is a chance to have a look inside if you have not seen or got a copy yourself.

Most of the media contained in this box set has been released separately now but I fully recommend the Blu Ray and CDs if you cannot find the box set. The performances are magnificent and really honour Jon Lord’s memory. I do not think there was a dry eye in the house when Jon Lord’s wife introduced the evening. There are many highlights in the show, the classical works are beautifully played and filmed and of course the rock side of his life is very well presented as well.

The two singles in the box set are interesting and are 180pm which always feels a bit odd for a single. The first one is You Keep On Moving with Soldier of Fortune and the second single features Deep Purple performing Above and Beyond with Fantasia on the B Side.

The night and show was split into three sections, there was the composer, the rock legend and Deep Purple doing a 60-minute concert in his honour.  The Blu Ray also includes a 60-minute documentary.  One of the highlights for me was seeing Glenn Hughes sing This Time Around and Burn with Ian Paice and Bruce Dickinson.

The show program is reproduced in full but smaller to fit in the box and as usual with these things, the T Shirt is extra large which means it looks like a tent on me!

Thank you for watching 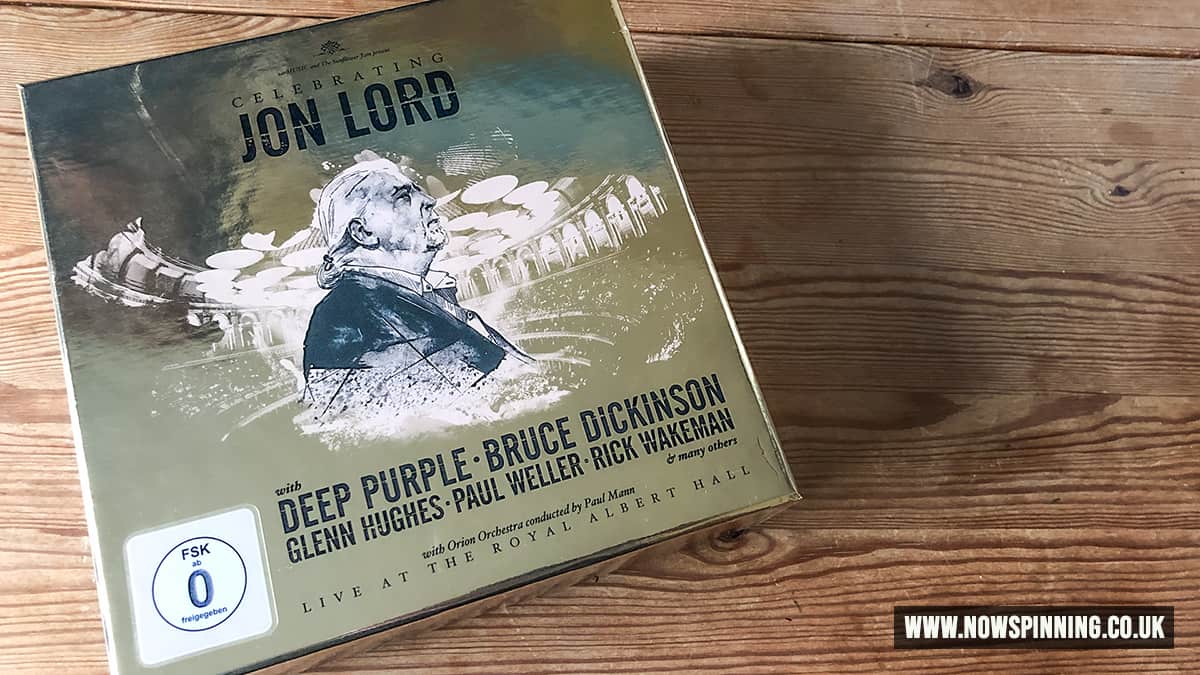