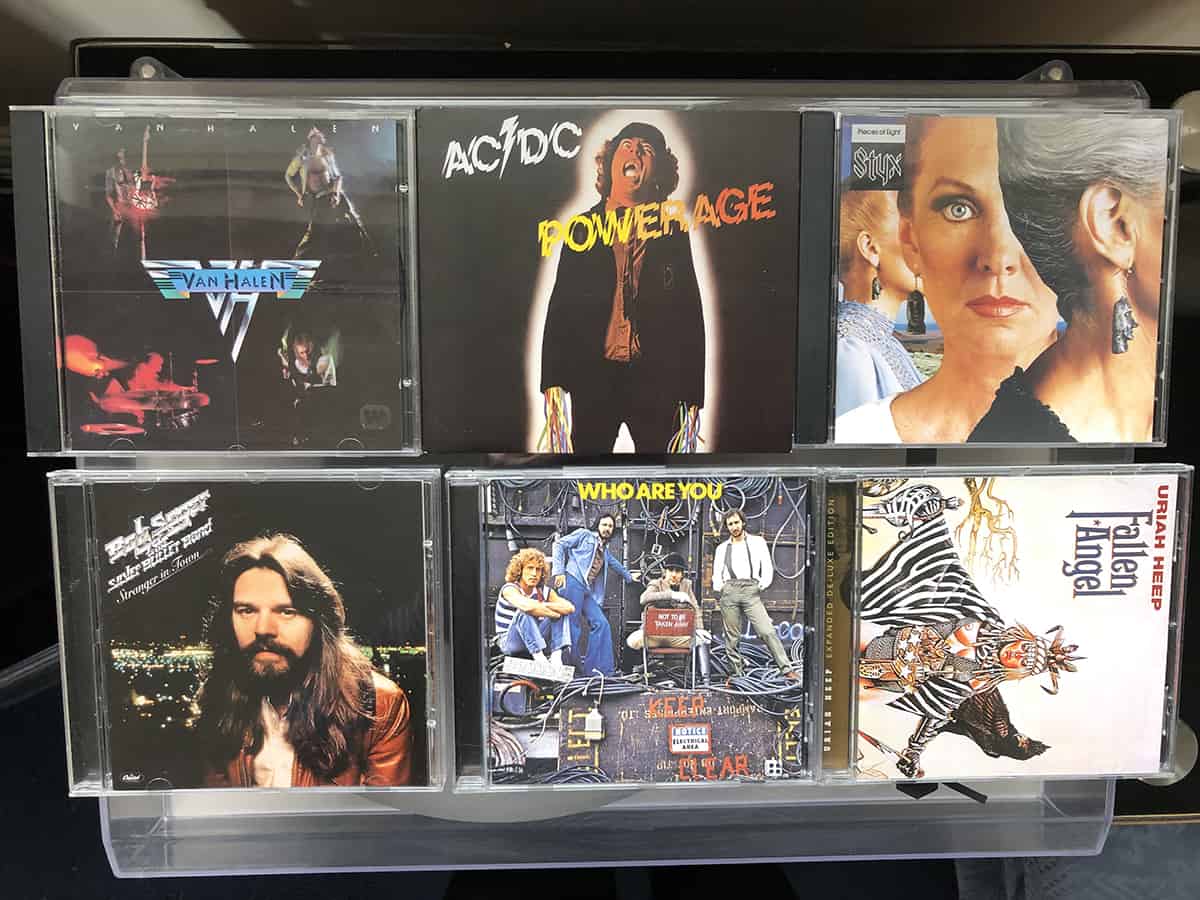 I have decided to play 6 albums from 1978, there were many more that sprang to mind as I did this but I thought these would do for today.

Everything changed in 78 when this appeared. There was no internet, social media, it just spread via word of mouth. They were just an unknown band supporting Black Sabbath, but by the time they appeared Sabbath were doomed and the world had a new guitar hero.

I bought this on the day of release (£2.25) and rushed home to play it. Down Payment Blues, Gimmie Me A Bullet , Sin City, Kicked in The Teeth… it still is my fave album by the band. I also saw them on this tour at The B’ham Odeon.

I remember seeing tracks from this album appear in the Sounds Heavy Metal Chart and wondered who the hell they were. Again no internet, so unless you knew someone who had it there was no way of hearing it.
Then Sounds reviewed it calling it ‘Pomp Rock’. I took a chance and was won over. In many ways, 1978 was the year for Styx.

Robin Valk used to play Fire Down Below on his rock show on BMRB, I went to find the album but the guy in Virgin was playing Hollywood Nights from this album so this became my first album by Bob Seger. More polished than his earlier albums but I became a huge fan after buying this. I was in a really crap job at the time and ‘Feel Like a Number’ became a real anthem for me.

The Who : Who Are You

It was the single that drew me in. This was the Who I remembered from 5.15 etc. Aggressive and assured, I loved it. People say that Keith Moon was losing his mojo at this time (he only played the cymbals on Music Must Change because the timing was beyond him) but this was a real return to form.

For many people this album continued to chronicle the demise of a once great band. The new kids on the block (Van Halen – AC / DC) were making bands like Heep sound like it was time to just give up. In fact, after the next album (Conquest) they did for a bit.
However, I really like this album. Like a lot of Uriah Heep albums there is a bit of filler but when they do get it right, the songs shine. It is not a heavy Metal album and you could say it’s where they move towards power pop!

But listen to tracks like ‘Falling In Love’ Whad’ya Say and Fallen Angel and all can be forgiven.

What would you pick?