ABBA have recently made the news by having the fastest-selling vinyl album this century with their new album ‘Voyage’.

The story in Music Week has also appeared in many of the major newspapers and online media outlets.

This is a fantastic feat for a band who has been away for 40 years, but is it the full story? Let us look at some of the other stats.

This is from Music Week

So almost 30,000 copies on vinyl from over 200,000 total sales for the albums first week of release. This achievement is great news, but with nearly 90% of sales being physical copies rather than streaming, those vinyl sales are not the whole story.

The main reason Voyage sold more copies than the entire Top 30 was in no small part because CD sales were over 148,000 of the overall total! This is also a huge achievement and should have been part of the main story. We are used to seeing positive stories about vinyl sales but CDs only seem to attract negative media attention. This was very much a positive CD story.

“I have nothing against vinyl (I buy vinyl and CDs) but this is like someone winning a race by a large margin and the news story about the guy that came in fourth” Paul – Super Deluxe Edition.

At Now Spinning Magazine, we celebrate music in all its physical forms. I personally also buy vinyl and CDs, and almost all of our readers and subscribers do the same.

This post is not about CDs being a better format than vinyl. Instead, it is about realising that the CD format still has a lot of fans and can make a real difference to real physical music sales.

I hope many record labels, artists and retail outlets are taking note of this story and looking beyond the initial headline.

I went out and bought the CD on the first day it was released. I am a Spotify subscriber, and listen to it and plenty more via that in my car, but I wanted to relive the experience of opening up the album, smelling the new cardboard and reading the liner notes! Unfortunately, the lyrics are written in such a small font that they are difficult to read, and I have no idea why, as there’s plenty more room on each page. There’s only one picture of them as they are now, singing at Benny’s piano, they could have had a few more for the fans! They were obviously expecting a decent number of sales as the CD is locally made. In our top CD retailer, JB, two different covers were #1 (ABBAtars)and #2 (planet) this week. 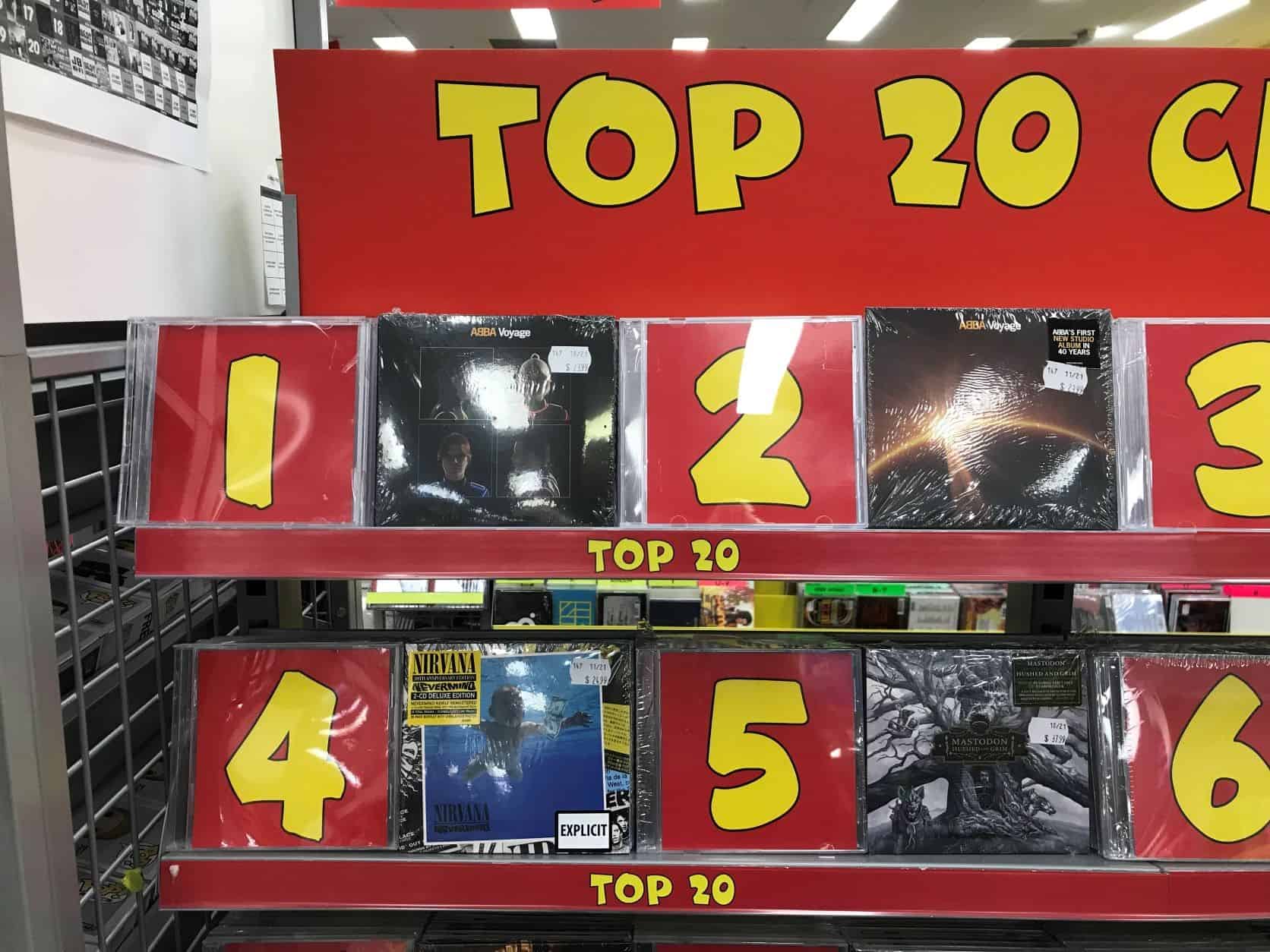 In similar topic, i was just reading the news that “Adele breaks records as 30 debuts at No.1 with huge sales” (link: https://www.musicweek.com/talent/read/adele-breaks-records-as-30-debuts-at-no-1-with-huge-sales/084745) . Based on the following figures: sales of 261,856 and that “30’s total was made up of 67% physical sales and it is this week’s biggest seller on vinyl (16,700 copies), although that’s less than ABBA’s weekly vinyl sale of 29,891.”. That means that there were ~175K physical sales out of which ~17K was vinyl. I suppose that the rest is CD (maybe some cassettes as well?). However, all you read is about the vinyl sales while CD sales are seemingly approximately 10 times more! This is becoming ridiculous..

CD sales have not been released but Columbia have pressed 500,000 copies on vinyl. It looks to me like they needed more CDs! Phil