Following on from my look back at the Paranoid album by Black Sabbath here as promised is an in-depth look at their 1972 album Black Sabbath Vol4.

The video also includes my memories of the album when I heard it back in the 1970s, my WWA 1974 Vinyl version, the CD remasters from 1996 and 2009 and the unboxing of the Super Deluxe Edition 4CD Box Set.

The text below focuses mainly on the actual CD deluxe box set.

The Box Set design is the same as the Paranoid box set. Each CD is in a mini gatefold with the inner spread being used to show a different photo from the original vinyl booklet.

This time it has been remastered by Andy Pearce and Matt Wortham and it is the best version of the album I have heard so far. I have always felt the previous CD versions were missing something but this one is superb. It sounds clear and there is space for the music to breathe.

I always feel with any CD marked as outtakes I may play them once but that will be it. Seeing that Steven Wilson had got involved meant that these remixes/outtakes could be something special and boy is that the case here!

Wheels of Confusion, Changes, Supernauut, Snowblind, Laguna Sunrise and a shorter instrumental version of Under The Sun all sound bigger, bolder and more magnificent than ever before. Were these really recorded in 1972 or last year?  They are that good. This is a CD that will be played way more than once. It does make you wish the tapes for the whole album could have been found!

Now, this disc is more for curiosity, it starts with five versions of Wheels of Confusion and although it is interesting to hear different lyrics and the ideas being tried out, it is not a disc I will be playing that often. The CD also includes early versions of Supernaut, Snowblind and Under The Sun. Great to have but not for repeated listens.

Now we are talking. These tapes first appeared at Live At Last where they sounded pretty awful and they were improved by the time they appeared as the 2CD edition of Past Times but here they have been re-born. Newly mixed by Richard Digby Smith in 2020 they sound incredible. You also get 3 tracks in this set that have never been released before and here, at last, is a chance to hear Black Sabbath in their prime. For me, this CD was worth the admission price alone 12 tracks and the full version of Wicked World. The real highlight is an early version of Killing Yourself To Live. This is just stunning, Live Ozzy fronted Black Sabbath from 1973, just wow!

To think this was recorded and then shelved! It could have been one of the best live albums from the 70s.

The 60 page Hard Back Book

I am pleased to say a lot of thought has gone into this and there is plenty to read and enough stories and historical clippings and memorabilia to keep the most avid Sabbath fan happy. A poster is also included but I am not sure of the added value this brings to the box,

So if you are a Black Sabbath fan and you can find this at a reasonable price I would get it before it disappears. I bought the Rhino (USA) edition which is exactly the same as the European version apart from the logo and almost half price. 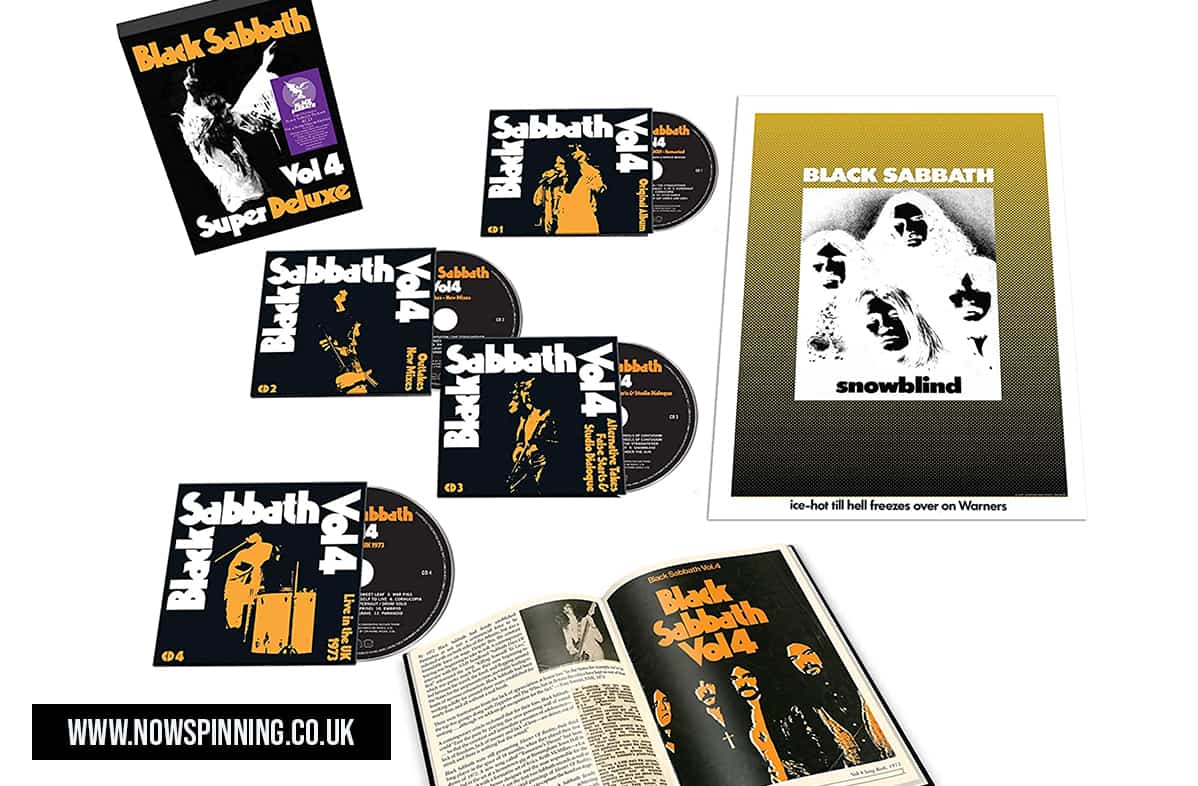