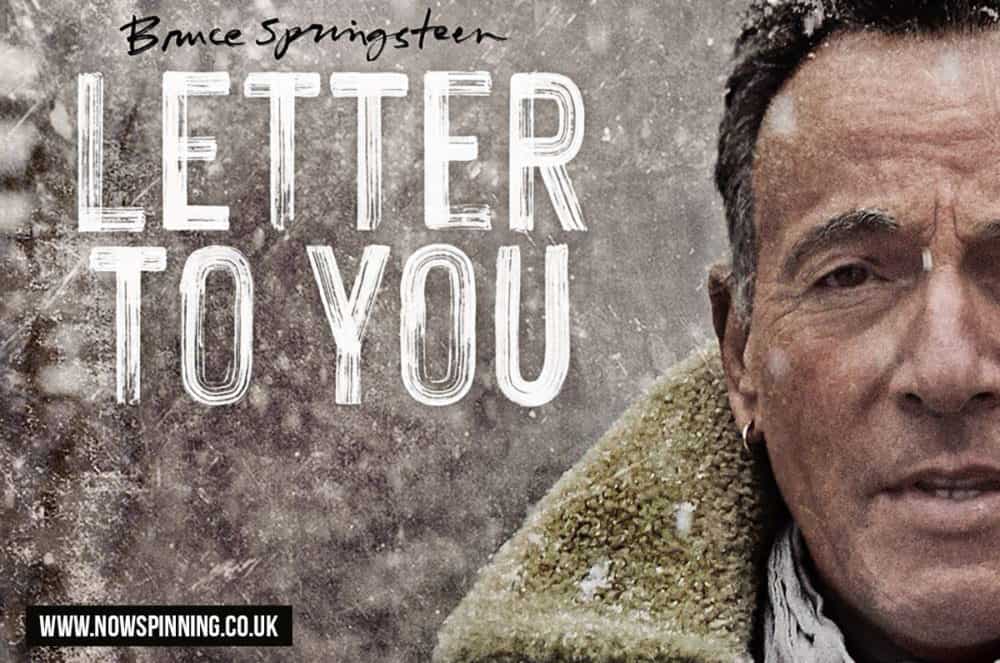 A career triumph; Letter to You is the album the world needs right now.

It’s been a fruitful and diverse few years for Bruce Springsteen. In 2018, an acclaimed stint on Broadway charmed dedicated fans with an intimate, autobiographical journey through his life and career. The confessional, often self-deprecating nature of the show was a first for The Boss.

Filmed for Netflix and accompanied by a soundtrack release on CD and LP, Springsteen on Broadway captured a side of the songwriter seldom experienced by many, winning scores of new fans in the process.

Bruce Springsteen broke further ground in 2019 with Western Stars; a largely orchestrated country album quite unlike anything else in his catalogue. The record was accompanied by a film and live soundtrack of its own, again introspective in nature, and received a similar swirl of rapturous acclaim from fans and critics alike.

All this would be enough to warrant even the most prolific of rock stars a well-earned break, yet Springsteen still found the time to write and record a new album with The E Street Band before 2019 was done.

Letter to You took a mere five days to produce and saw the band record ‘live’, with virtually no overdubs, for the first time. The result is a collection of songs that burst with life from the speakers. Close your eyes and you’re transported to the front row of one of Bruce Springsteen’s marathon shows. The freshness and purity of it all is truly electrifying.

Much like the arena shows on 2016’s The River Tour, things get off to a quiet, meditative start. ‘One Minute You’re Here’ recalls the stark, haunting tones of 2005’s Devils & Dust, together with the cinematic prowess of Western Stars; it’s an unexpected opener that serves as both a natural gateway from the previous record and a preface to what lies ahead.

The title track ‘Letter To You’ explodes with the fist-pumping tenacity more familiarly associated with The E Street Band. It has all the qualities of a Springsteen classic; an anthemic chorus, a driving rhythm, and lyrics that speak to the soul. The momentum shifts up a further gear on ‘Burnin’ Train’. The band in full flow, it surely becomes hard for even the most emotionally-reserved Springsteen fanatic not to have shed a tear by this point, such is the power of the music. It feels like a homecoming; the band is back, and sounding as hot and hungry as ever.

Three of the 12 songs were written prior to the release of Springsteen’s debut album, Greetings from Asbury Park, N.J. It’s remarkable that ‘Janey Needs a Shooter’, ‘If I Was The Priest’, and ‘Song for Orphans’, fit perfectly alongside the newly-written material, despite being penned by a man 50 years younger. It is also so very typical of Springsteen to have had gems such as these lying in the vault for so long.

Trying to pluck highlights from Letter to You is a difficult task. ‘Ghosts’ is destined to become another classic Bruce Springsteen anthem, ‘House of a Thousand Guitars’ is perhaps the ultimate love letter to his fans, and ‘The Power of Prayer’ reimagines the thrilling romance, hope and dreams yearned for on ‘Born to Run’ and ‘Thunder Road’.

Letter to You sees Bruce Springsteen face up to his own mortality. It’s a candid, heartfelt conversation with the spirits of departed friends and bandmates, his loyal audience, and crucially – himself. Album closer, ‘I’ll See You In My Dreams’, is a perfect, life-affirming conclusion; optimistic in its message and irresistibly moving in its delivery.

The retrospective thread that began with 2016’s autobiography, Born to Run, is perhaps finally bookended by these 12 songs. The only regret is that, for now at least, we won’t be able to experience them live.

To put it simply, Letter to You embodies everything a fan could ask for in a Springsteen album. It’s an inspirational escape, a celebration of life, love, and comfort in times of loss and hardship. It lives up to the hype, and then some.

Very interesting Dan. I have slipped away from much of Bruce’s later work for sometime now. Probably a case of so much music to listen to and so little time. First time I was exposed to Bruce was by the owner of Cyclops records in Brum. Your dad will know the shop.I bought many of my Dylan LP’s from there and the owner thougt I might like him. So I bought Asbury Park, Wild The Innocent and Born To Run. My mother loved the last album and whilst she was in latter stages of Cancer had me play it to her again and again. I went all through the Bootleg days in the 80s and literally hundreds of tapes of his shows. He is a deep and complex man who has apparently said if Trump gets back in he will move to France.. Great review Dan thoroughly enjoyed reading it.