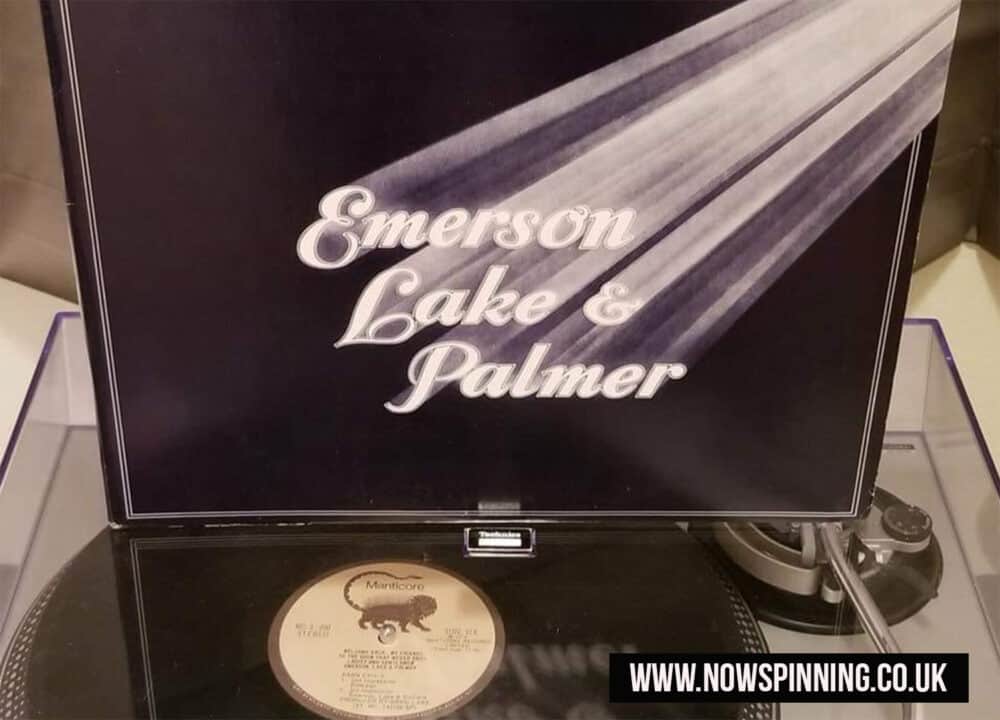 Welcome Back My Friends To The Show That Never Ends, Ladies and Gentlemen

Looking back, I’m pretty sure this is just about the first live album I really got into as a kid.
A school friend’s dad had a copy and it sounded fabulous on his hifi system and headphones. At the time I’d never heard anything like it and the effect was lasting, in that there’s never been a time in the intervening years since circa 1974/5 when I didn’t have this epic triple album on my playlist in one form or another. Indeed this, and a selection of other great rock records of that wonderful era, sparked an interest in hifi and record/CD collecting that’s been pretty much all-consuming all my adult life.
And what a live LP set this is. ELP have never been everyone’s cup of tea, but if you’re a committed fan as I am, this is pretty much the ultimate statement of their incredible live performances at their peak during the 1973/4 world tour.

The very sad passing of both Greg Lake and Keith Emerson inevitably sparked something of a reassessment of one of the most unique and accomplished bands ever to grace a stage. WBMFTTSTNE, for we shall abbreviate it as such, is wonderful testimony to their distinctive interpretations of classical music, their own stunning compositions, plus Lake’s very English style of great acoustic guitar based songs.

As one of the bands most hated by the punk movement, ELP was all about everything that was over the top in the music of the time. Some would doubtless label the material pretentious, but in my view that would only be valid if these three geniuses didn’t have the musical chops to deliver it. Of course they had ability in spades and this expansive album provides ample evidence.

Keith Emerson’s incredible keyboards are very much the fulcrum around which the ELP sound was built and here we have an amazing shop window for them. No one ever sounded remotely like him. Just listen to the improvisation on Side Two’s Tarkus, as one great example. I love the way his moog pans between both speakers. Mind blowing stuff.

Toccata, which ends the first side, is a great showcase for Carl Palmer’s then much vaunted synthesized drums. Like Emerson’s playing, the attention to detail is fantastic and you could listen to this, as I have, for a lifetime and still hear little nuances you’ve not noticed before.

Greg Lake’s fabulous songwriting is well represented. The version of Take A Pebble here is, in my view, even better than the wonderful studio version on their debut LP, including as it does some quite breathtaking Keith Emerson piano improvisations and an equally fine Still You Turn Me On and the inevitable snippet of Lucky Man.
A spirited rendition of Jeremy Bender/The Sheriff is not to be missed, while the concluding two sides offer up a suitably spectacular finale in a complete performance of Karn Evil in its three parts.

Arguably sounding better than ever, it is always a renewed pleasure revisiting it all on this near mint original 1974 US pressing on Manticore. Not at all easy to find in such unspoiled condition.

Incredible album, a mate played it to me knowing I was a fan and my jaw was open the whole way through, I went out the next morning to buy it and ended up taking the train to Southend as no shop near me had it, I met another mate there and we spent the rest of the afternoon going round all the record shops not only picking this up but if memory serves ‘In For The Kill’ by Budgie, I definitely have a memory of sitting on the platform at Southend looking at the sleeves of those two belters!!
Chris Harris (Now Spinning Facebook Group Member)