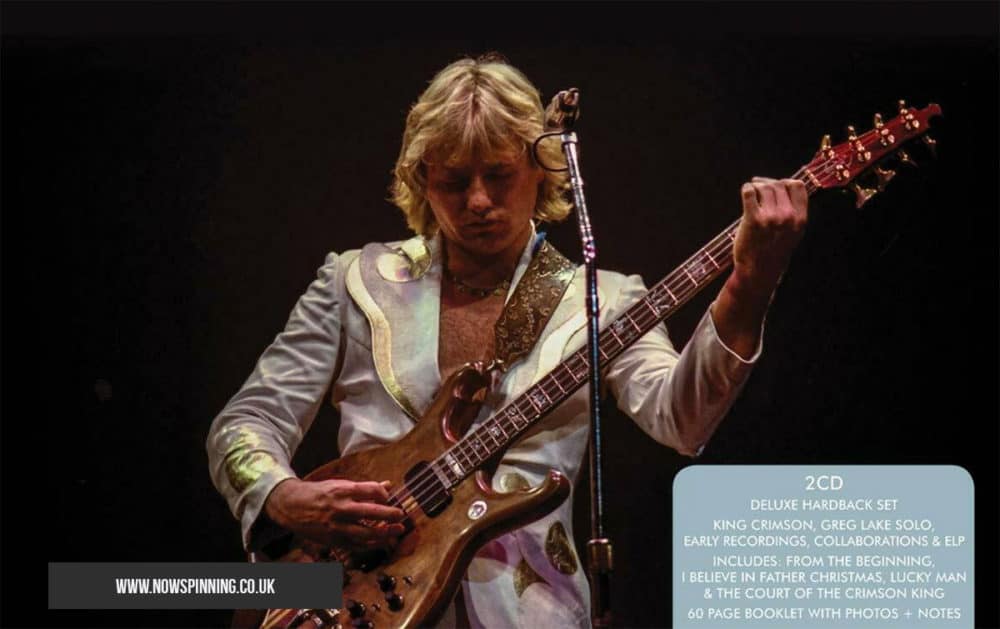 All previous compilations aside, this album is a fascinating insight to the career of guitarist, vocalist, bassist and prog legend Greg Lake, he of Emerson Lake & Palmer fame. But as this compilation shows, there is just SO much more, that a two-CD set simply can’t do enough justice.

On first opening, we get a book format which I like because it racks alongside regular CDs, is sturdier and just feels and looks quality. And a thick booklet which extensive notes and loads of photos, so on presentation alone we’re off to a good start.
The album opens and closes with a short King Crimson instrumental; first tracks proper and single tracks by The Shame and The Shy Limbs; classic 60s pop with a hint of British Invasion (would be nice to see all their As and Bs collated sometime), before we get a live version of King Crimson’s In The Court Of The Crimson King. The 1969 album of the same name is a genuine gem that’s an essential part of any record collection. This live version is tight, classic, and proof that the prog tsunami was about to come would rule the world with good reason. Here Greg found fame as a bassist and vocalist.

The bulk of the rest of Disc 1 is taken up with Emerson Lake And Palmer, a band Greg formed with former The Nice keyboard wizard Keith Emerson and Atomic Rooster drummer Carl Palmer. The 12 minute Take A Pebble showed Greg’s acoustic guitar abilities. There are segments, the odd rare live or mix version, again it’s an area that needs much investigation so let these tracks stand here in their own right for your pleasure, or as signposts to rooms and alleyways you may wish to get lost in for a weekend or two. Get your ears around the segments of Tarkus or Trilogy and you won’t be disappointed. Overblown and extravagant prog at its absolute best; three geniuses at work together.
Disc 1 closes with the mid 70s solo single I Believe In Father Christmas, and the vinylversion of Closer To Believing.

Disc 2 opens with several more tracks, there is a leaning towards the gentler and acoustic side, but these do show the range, power, and emotion, of Greg’s vocals and lyrics. Heartfelt indeed. A touch of French Accordion in C’Est La Vie works surprisingly well.
Then to the early 1980s and some solo work, and there’s some great material here; sadly no Nuclear Attack, neither his own version featuring Gary Moore or the Gary Moore & Friends version upon which Greg played. While it’s very easy to have an issue with track listings on such sets, that is a genuine missed opportunity.
One Emerson Lake & Powell track in Touch And Go, also a single, which on such compilations seems to be the Go To track, when there are better tracks on that album. The Score would definitely have been a stronger choice.
The Lake / Geoff Downes track is a great choice, as are the 3 solo live covers the album closes with; two King Crimson tracks and a segment of ELP’s Karn Evil 9.

This anthology is dubbed A Musical Journey, and it is just that, and a very enjoyable one too. A complete rarities collection is warranted but also impractical. There is LOTS more to explore, much of it more rocking than Greg was ever given credit for. But the musical journey, much like Greg Lake’s talent, is just magical. 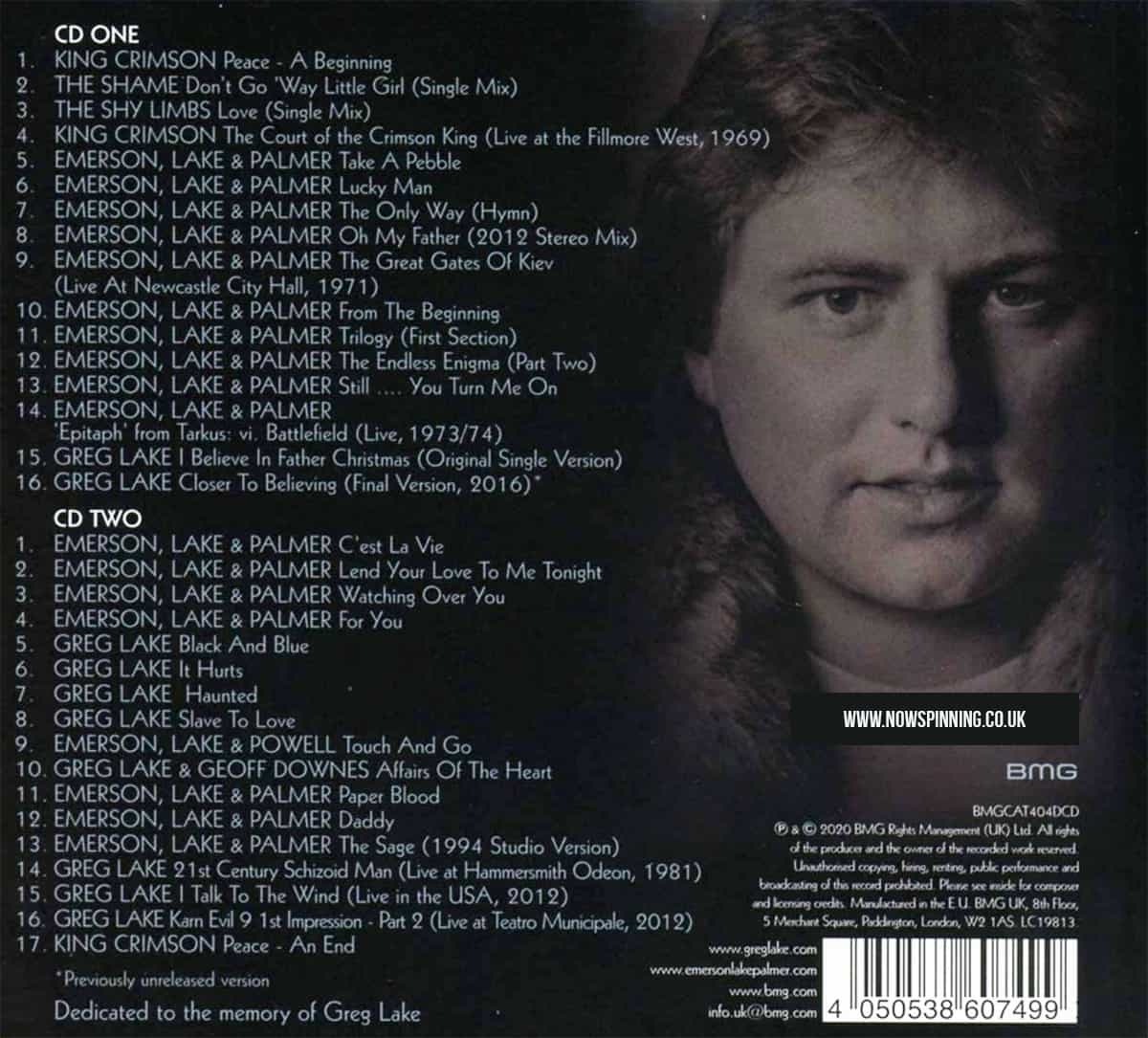