This is one of those boxsets. It is expensive. It is huge, and it is by Ian Hunter. The box set is called Stranded in Reality.

I became a big Ian Hunter fan in 1975 with the release of his first solo album, simply call ‘Ian Hunter’. I then followed his career right through the 1970s, 1980s, 1990s, and to the present day. There is something unique about Hunter, as you get to know his songs, you get to know him. There is a feeling that he is singing to you in your living room, no matter what size stage he is on, the way he talks between songs makes you feel connected in a way that few artists can.

Ian is a wonderful storyteller, his songs offer tales from every aspect of human emotion. He is also totally believable. His music is very difficult to pigeon hole, it is rock music, but his voice is not a typical rock voice either. It might be a bit Dylanesque, but it works and it works damn well.

This box set is a work of art, and to me, it’s worth every single penny. The box itself is big, and if any of you ever bought the Wishbone Ash Vintage Years Box Set, it is similar. It is probably just one notch down from that one, but it’s still way ahead of many other of these complete career type boxes.

The cover artwork is beautiful, and is made up of different aspects of his albums. As you take off the lid, there is a protective foam sheet (which is a nice touch). The next thing you see is the hardback book, this is a proper book and it is vinyl album size. As you open the cover, you will see a signed photo actually signed by Ian Hunter. The photo was used as the basis of what became the cover of ‘All American Alien Boy’.

The book itself, which has about 90 pages, is high quality. This includes album releases from 1975 to 2015 and comprises of  17 original albums on 19 CDs,  with 9 new CDs of rare and unreleased tracks, plus 2DVDs of live tracks, promo videos and live concerts.

Included are Anniversary Editions of Ian Hunter, All-American Alien Boy, You’re Never Alone with a Schizophrenic and Welcome to the Club, plus special unique bonus track discs of Short Back ‘n’ Sides, All of The Good Ones Are Taken, The Artful Dodger, Strings Attached, Shrunken Heads and When I’m President.

The new albums are titled Tilting the Mirror (Rarities 2CD), If You Wait Long Enough for Anything, You Can Get it on Sale (Live 1979-81 2CD), Bag of Tricks (Live Volumes 1, 2 and 3), Acoustic Shadows and Experiments. The box presents many unheard and “lost” songs from Ian Hunter’s archive, including ‘San Diego Freeway’, ‘Nobody’s Perfect’ and ‘Salvation’ as well as rarely performed live versions of ‘Wild East’, ‘While You Were Looking At Me’, ‘The Outsider’ and a 2008 acoustic concert.

A 2 DVD set, It Never Happened, features promo, live and archive material, and most of the footage has not been issued commercially on DVD until now. The project includes a complete 1979 Hunter Ronson concert from London’s Hammersmith Odeon and a TV film from the same tour, live in Toronto. The entire box set includes over 400 tracks

The book has tons of photographs of Ian Hunter as it goes through his solo career. The other great thing about this book is that Ian Hunter actually talks about every single track and he doesn’t hold back either, so I learned a hell of a lot from this book.  It is interesting that Hunter has always said that Overnight Angels is the album he regrets making, but from the write up behind the songs, I would say he quite likes it now!

The 2CD set called Tilt In The Mirror includes a lot of the songs that only made it into film soundtracks, like Teachers,  Up The Creek,  Fright Night, and there are so many great tracks that never made the albums. In fact, the CD called Experiments is currently my fave Ian Hunter album ever, the version of Michael Picasso here is just brilliant. The remastering on all the CDs is just excellent.

All the CD sleeves are high quality, and wide enough to have the album title on the spine, each one comes with an inner sleeve with photos and a booklet, and many have gatefolds. The whole presentation screams quality.

The box set also includes an homage to the UK music papers like N.M.E, Melody Maker and Sounds, with a replica copy of Sounds just full of Ian Hunter memorabilia. It includes reviews and press Ads in chronological order, I just love this stuff and it ends with lots of live Ads from over the years.

This is a brilliant box set and something that is going give his fans pleasure for years to come. 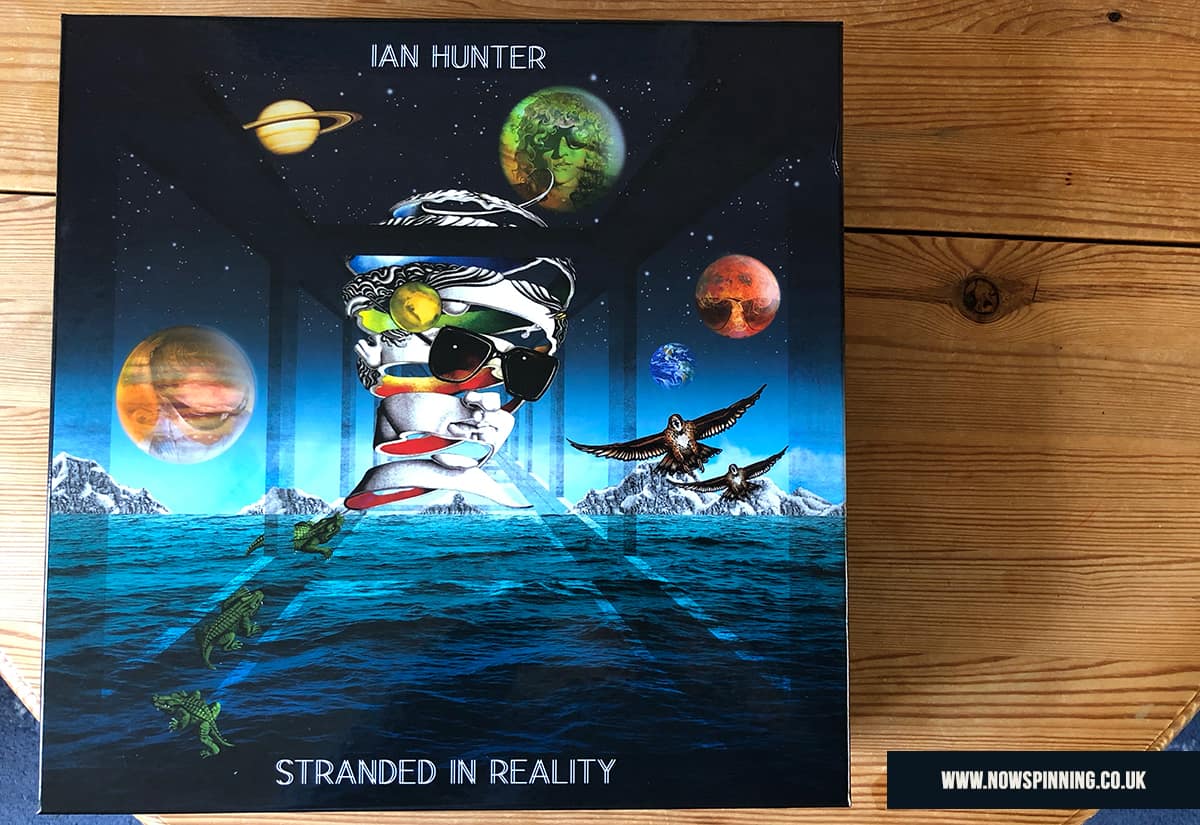 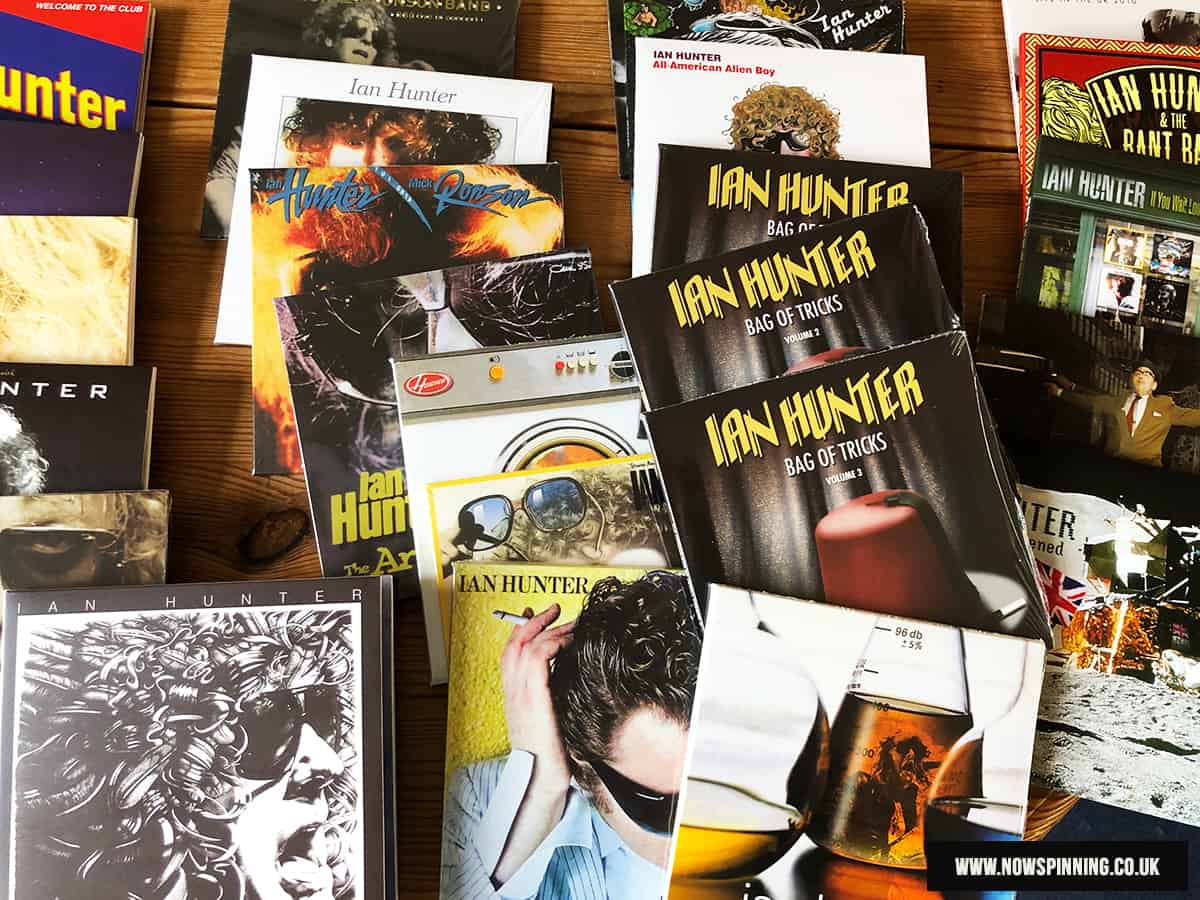 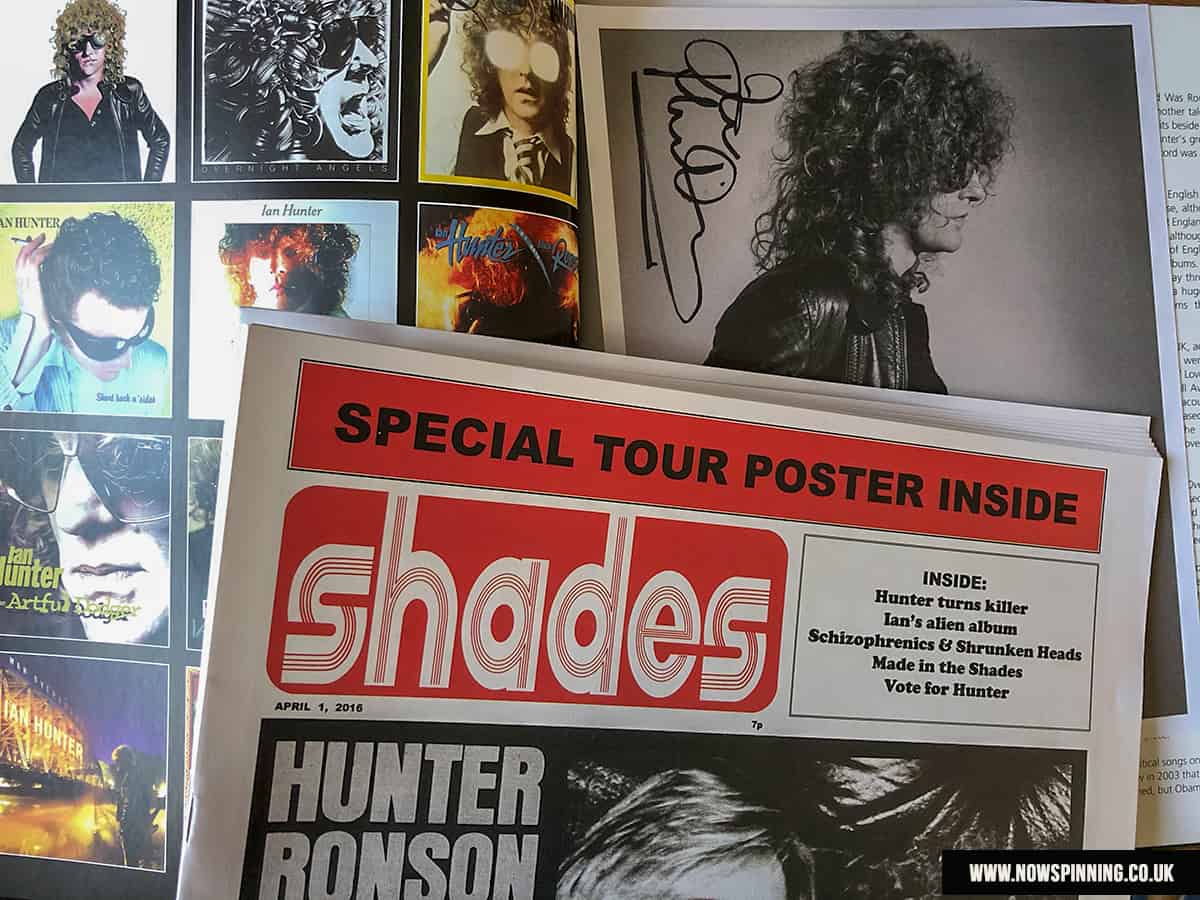