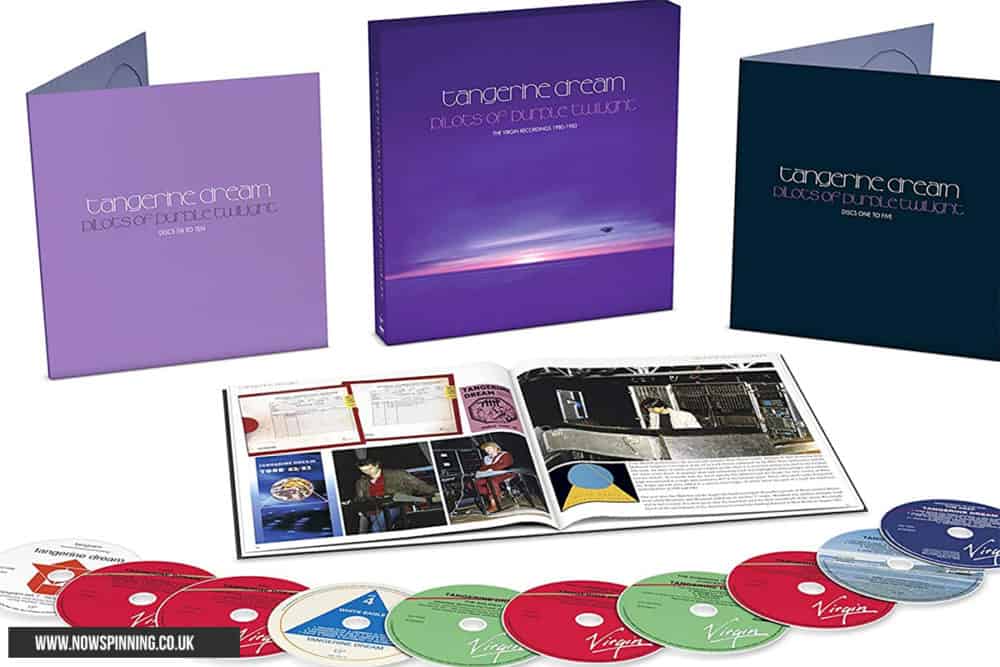 Ok, I am excited about this one. Regular visitors to Now Spinning will know I loved the ‘In Search of Hades’ Box Set – You can watch out Video Review here

This is another deluxe box set which thankfully follows a similar design and includes a wealth of unreleased material. The box set includes 10 CDs covering the 1980 – 1983 period with Virgin Records.

All of the albums have been re-mastered and the box includes Tangram, Thief, Exit, White Eagle, Logos and Hyperborea,. Also included are previously unreleased soundtracks from the films The Soldier and The Keep, both of which are highly regarded by Tangerine Dream fans.

The price point is around £99.00 which I feel is excellent – pre order from Amazon from here.

The boxset will be available from October 16th 2020

All audio has been re-mastered from the original master tapes by Ben Wiseman.

There are 4 CDs, of unreleased material including:

Like In Search of Hades, Pilots Of Purple Twilight will be a luxury package, with a hard-back book, a new essay with rare photographs and memorabilia.

1 CD versions of Tangram, Thief, Exit, White Eagle, Hyperborea & Logos will also be released, with audio from the 2020 remasters and the bonus tracks from the boxed set.

Disc: 6
The Dominion Concert Part One

Disc: 9
No Man’s Land
Hyperborea
Cinnamon Road
Sphinx Lightning
The Dream is Always the Same
No Future (Get off the Babysitter)
Guido the Killer Pimp
Lana
Love on a Real Train (Risky Business)

Share
King Crimson In The Court of the Crimson King - 1969 Complete Box Set Previous post
Pink Floyd Welcome To The Machine, A Personal Reflection Next post