Unconscious Power includes the albums Heavy, In-a-Gadda-Da-Vida, Ball, Live, Metamorphosis and a 2CD live set from the Filmore East in 1968. There are 25 bonus tracks, Heavy and Live also include the Mono mixes for the first time.

I was very, very pleased when this arrived because it reminds me of the packaging that we got with the Spooky Tooth Box Set which came out in 2015. The box is sturdy with the albums presenting very well with replica gatefold sleeves and a tremendous booklet (10/10).

The attention to detail is excellent, even the on-disc printing uses artwork sympathetic to the period. This is exactly the kind of package that collectors love, so well done to Esoteric and Cherry Red.

The 2CD live set was originally released back in 2010 as a limited release and the sound quality is excellent. The project was compiled by Mark Powell and Vicky Powell for Esoteric. The remastering was done by Ben Wiseman from the original Atco Master Tapes. I know some of you out there will possibly have several version of In-a-Gadda-Da-Vida and will want to know if this version is any better than the last CD remaster. I would say it is, it sounds warmer to me, and is the best version so far.

The booklet is substantial, and I think this makes such a difference to the feel of a package like this. Just like the CD covers, a lot of thought has gone into this as well. Once we get past the album details there is a very detailed history of the band with lots of photos of the band and memorabilia. Towards the end of the booklet, there are lots of posters from the period. They could have easily cut this bit out and saved on a few pages, but the fact they didn’t shows the music and presentation came first.

Iron Butterfly are seen as a proto-metal band, and although there are elements where this can be heard, I see them as an important part of the late 1960s USA psychedelic pop/rock scene.  If you like The Doors, Jefferson Airplane and Vanilla Fudge, then there is plenty here to enjoy.

The ‘Heavy Metal’ label comes from specific tracks rather than stand-alone albums. For example, ‘The Iron Butterfly’ Theme features glorious distorted guitars laden with reverb and a haunting organ. Also, it was from an album called ‘Heavy’!

The vocal sound is from that time, and in places it reminds me of Rod Evans from the first Deep Purple line up. 1969 was a pivotal year in rock music with the arrival of Led Zeppelin, and within 12 months we had Purple and Black Sabbath joining the ranks of music that would soon be called Heavy Metal. Iron Butterfly was still releasing albums in 1970 / 71, but they still sounded like they were from the 1960s. There is an innocent charm to these albums and they maintained the keyboard sound used on those early Doors albums throughout their career.

It would be odd not to mention the track and album they are most known for. That track is of course In-a-Gadda-Da-Vida.  This features a riff not that far removed from Sunshine of Your Love by Cream.

Legend has it, that Doug Ingle, who write the song, had drunk a lot of wine, and when the other band members asked him what it was called, he had tried to say, ‘In The Garden of Eden’ but it came out as ‘In-A-Gadda-Da-Vida’ The rest is history, except, there is more! It was also one of the first rock songs to take up the whole side of an album, this was also a story in itself. The band were setting up in the studio, and the producer had asked them to play something while he set up the levels. When the producer stuck his head around the door 20 minutes later, they stopped playing, thinking it was time to start playing for real, and found out they had already been recorded. Apart from replacing the guide vocal and adding a guitar solo, the whole track was left as it was. 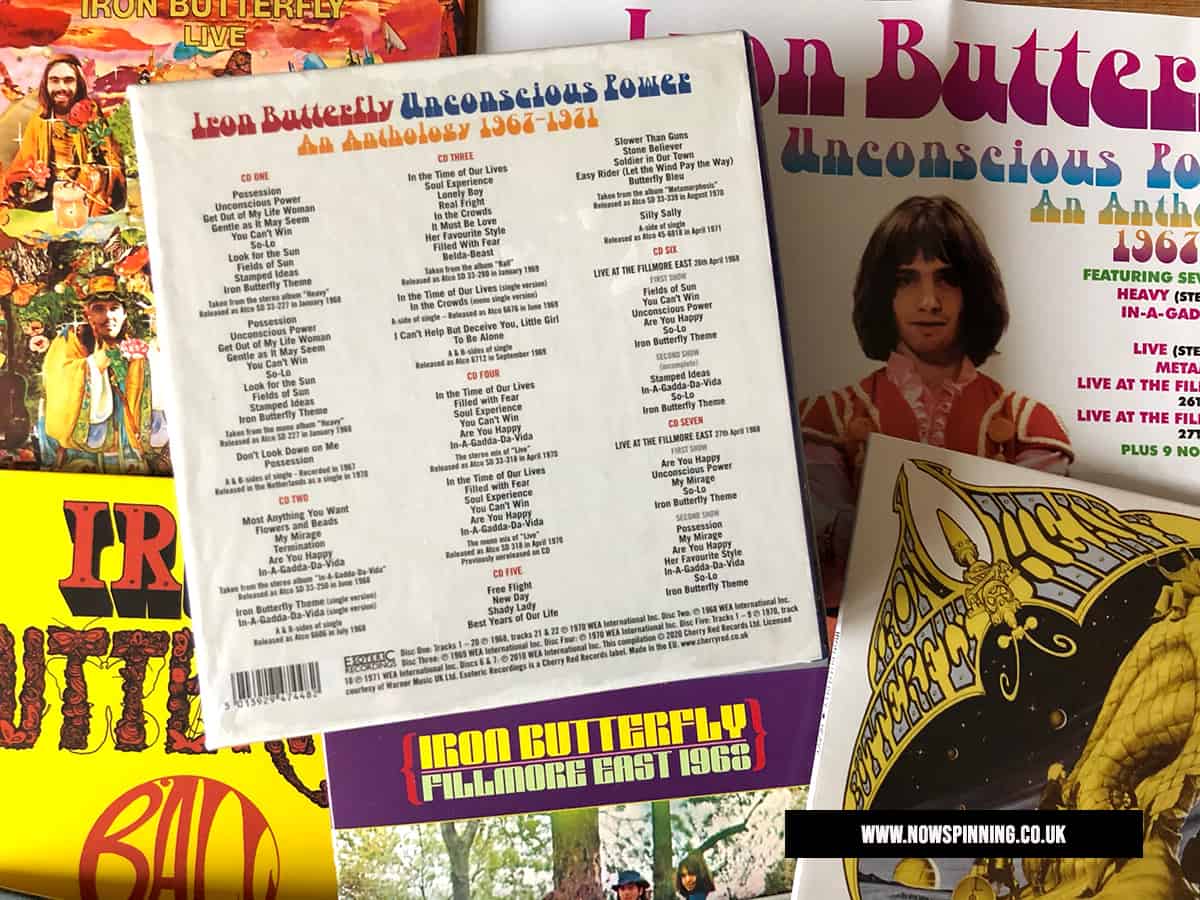 Thanks Phil, think this will go on my wants list in time. Birthday in March.Great over view kiddo.