This unboxing video is almost the sequel to the recent Iron Butterfly Video. In some ways, Rhinoceros were one of the first supergroups as they were put together by Paul Rothchild from Elektra records and featured the lead guitarist from Iron Butterfly. In the booklet it suggests that the third album laid the foundations form Deep Purple MK4, this might be a leap of faith but there is plenty to enjoy here for fans of Prot-Metal and late 1960s Psychedelic Rock.

Rhinoceros were a band I only knew through one album I had on vinyl which is the second release called  Satin Chickens. I must admit I had only played it a couple of times as I did not connect with it that much. However, the Iron Butterfly Box set had ignited an early interest with late 1960s rock music and as I have always been a big fan of The Doors and Jefferson Airplane I thought this box set was worth as punt!.

First, off the actual box set, It’s not in the normal kind of clamshell hard cardboard box set that you might expect. It actually comes in a soft cardboard sleeve which works really well. This holds the 3CDs, tow of which come is replica gatefold sleeves and the excellent booklet. This type of packaging has been used recently on boxsets by The Kursaal Flyers and Back Street Crawler. and I think it works very well.

The first album simple called Rhinoceros was released in 1968 and contains perhaps their most famous track ‘Apricot Brandy’ which was used two BBC radio programs at the time as their theme tune. The CD comes in a replica gatefold sleeve.

The second album was Satin Chickens (1969) and this was a single sleeve and the one the band themselves like the most. I must admit I did enjoy it a lot more this time around. The third and final album ‘Better Times Are Coming’ is my favourite. This also comes with a replica gatefold sleeve.

The booklet, which has an essay from Malcolm Dome includes interviews with the band but the bit that made me sit up is where they mention that their funky Rock approach was way ahead of its time and was a possible influence for Deep Purple MK4 with Tommy Bolin!

I thought at first this was a bit of a stretch but  I’ve listened to this album a few times now, and I can see an essence of Deep Purple and Bolin in there.

Esoteric Recordings and Cherry Red Records have done another great job with this release and hopefully brought this band to a whole new audience. 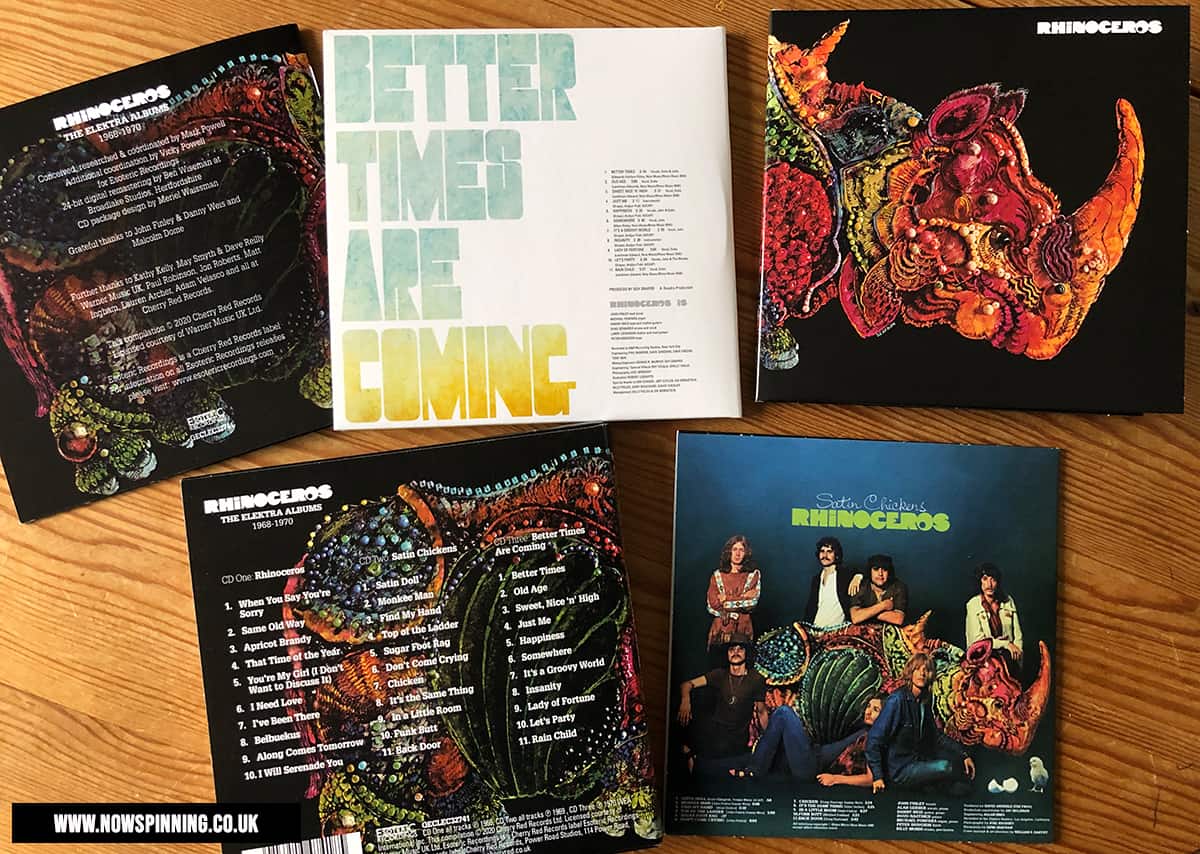