In this video, I review ‘The Future Bites’ the new album by Steven Wilson.

This is being seen as quite a controversial album by Steven Wilson and some people are seeing it lean more towards pop than PROG. I do not see it that way, and in the video, I also cover why I think it is a progressive album and what the term PROG means to me.  Phil Aston

I’m a huge fan of Steven Wilson, the artist that many see as the new leader of Progressive Rock and the man who has worked his magic with award-winning 5.1 mixes of classic albums by YES, Jethro Tull, King Crimson and many others.

One of my favourite albums of all time is Dead Wing by Porcupine Tree and also The Raven That Refused To Sing is another great album. The Future Bites on the one hand is very different from these, but on the other, it all makes perfect sense!

I watched a video on YouTube called the Prog Report and they were interviewing Steven Wilson and talking about the most influential PROG albums of all time. The main presenters focused on traditional PROG classics and Steven Wilson talked about his love for Tears for Fears and Talk Talk. This, in many ways, should not have been seen as a surprise. Steven has also mixed and created superb 5.1 mixes for Tears For Fears and XTC. His love for 80s Pop and Electronic music can easily be found in his other projects, such as No-Man and of course, early Porcupine Tree.

The highlight in the video was when Steven mentioned Dark Side of The Moon by Pink Floyd basically calling it a Pop album. He was not trying to be confrontational, but pointed out that if you look at the album with fresh eyes and ears, you notice that actually, the songs are quite simple. The Great Gig In The Sky could be seen as a Gospel song and Money an incredible Funky Pop Song. None of the songs have complex time changes or intense solos. What it does have is tons of melodies, impeccable playing and, of course, that timeless production.

When I was at school and living through the 1970s everyone I knew bought Dark Side of The Moon to test their stereo. The production and sound of the album was as much a star as the actual music.

To me, the term progressive means to move forward, constantly looking for new ground to explore, while also taking the best elements from the past. This is how Steven Wilsons’ career has progressed, and this can be clearly seen in The Future Bites.

In all of his albums, you can see that he never sits still creatively.  The classic PROG bands from the 1970s were similar, each album was different, they took risks and you were never quite sure what to expect. We might want the next AC/DC album to sound the same (if it didn’t I would actually have been disappointed) but with a PROG album, my excitement is because I want to be challenged by the unexpected, and enjoy the artistic vision of the creator.

This leads into The Future Bites, a modern progressive pop album that will show off your stereo with perfect results

Formats shown in the video :

One of my favourite tracks is track two, which is called Self.  The sound and production of this album are just superb. There are so many little intricacies, subtle keyboard and guitar layerings. There is not one track on the album I do not like. One of the stand out tracks is Eminent Sleaze. Those of you with long memories will find yourself drifting back to 1973, and the song Rock On by David Essex. This track has a similar feel in its instrumentation, especially with the strings and keyboards.

One of the main tracks is the epic Personal Shopper and this is the one that caused the most controversy when it was first released. Is it disco, pop? Actually, I do think it’s progressive, it also features Elton John doing a voice-over, saying phrases like “180gm vinyl, deluxe box set” etc, all the things that Steven Wilsons’ audience would be into!  The tracks itself is almost 10 minutes long and the longest track on the album.

I know some fans will be thinking that this release is as far away from The Raven Who Refuse to Sing as you can get. But is it really?  Listen to the last song on the album ‘Count Of Unease’  This does have the same sense of melancholy that many of the tracks from that album shared. The other thing I love about Steven Wilson, is that no matter how upbeat the music sounds, his vocal delivery still has that unsettling feel to it. He maintains this air of mystery around him, which in these social media-saturated times, is quite an achievement.

I hope you give the album a chance, and give it a listen. When you hear all the songs as a complete album I feel it makes a lot more sense.

All the formats come with a booklet with lyrics and credits. I really like the design as well. 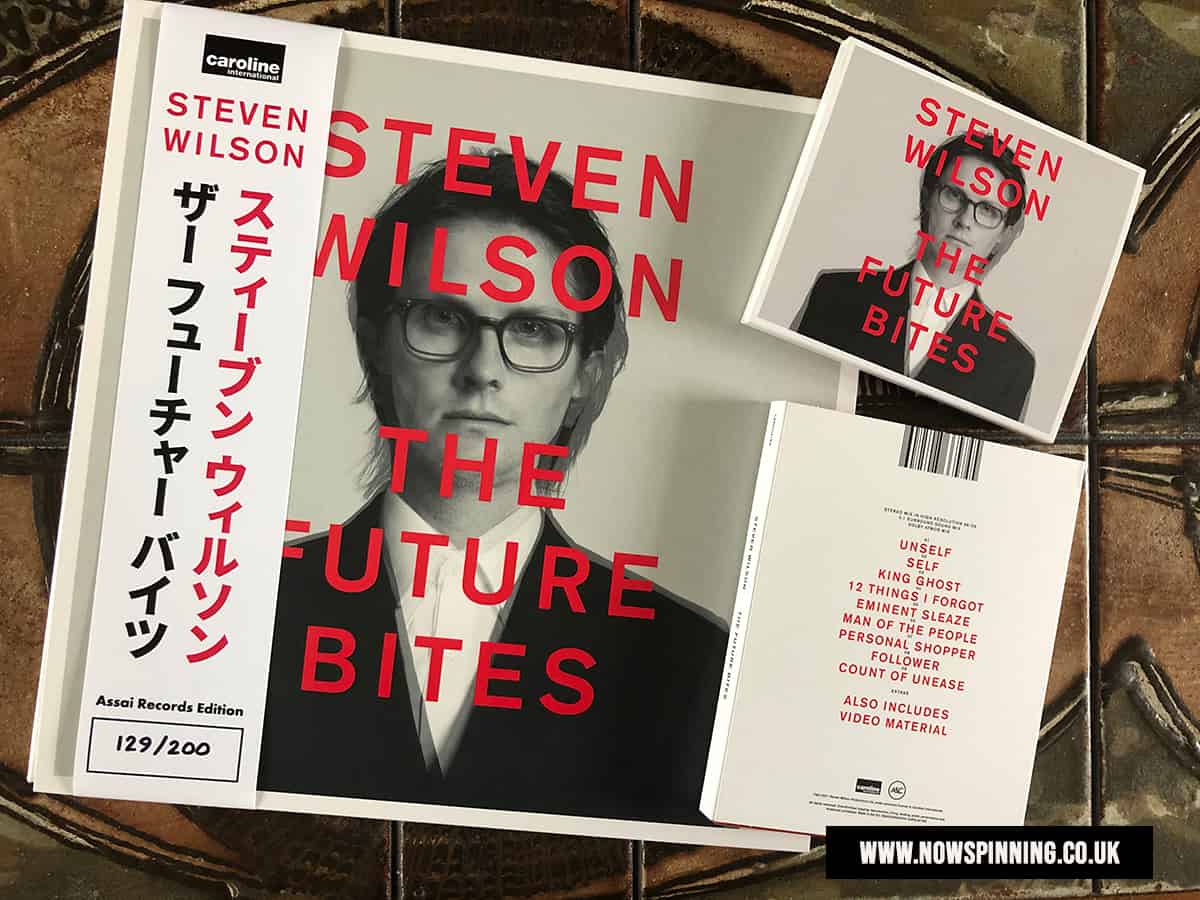 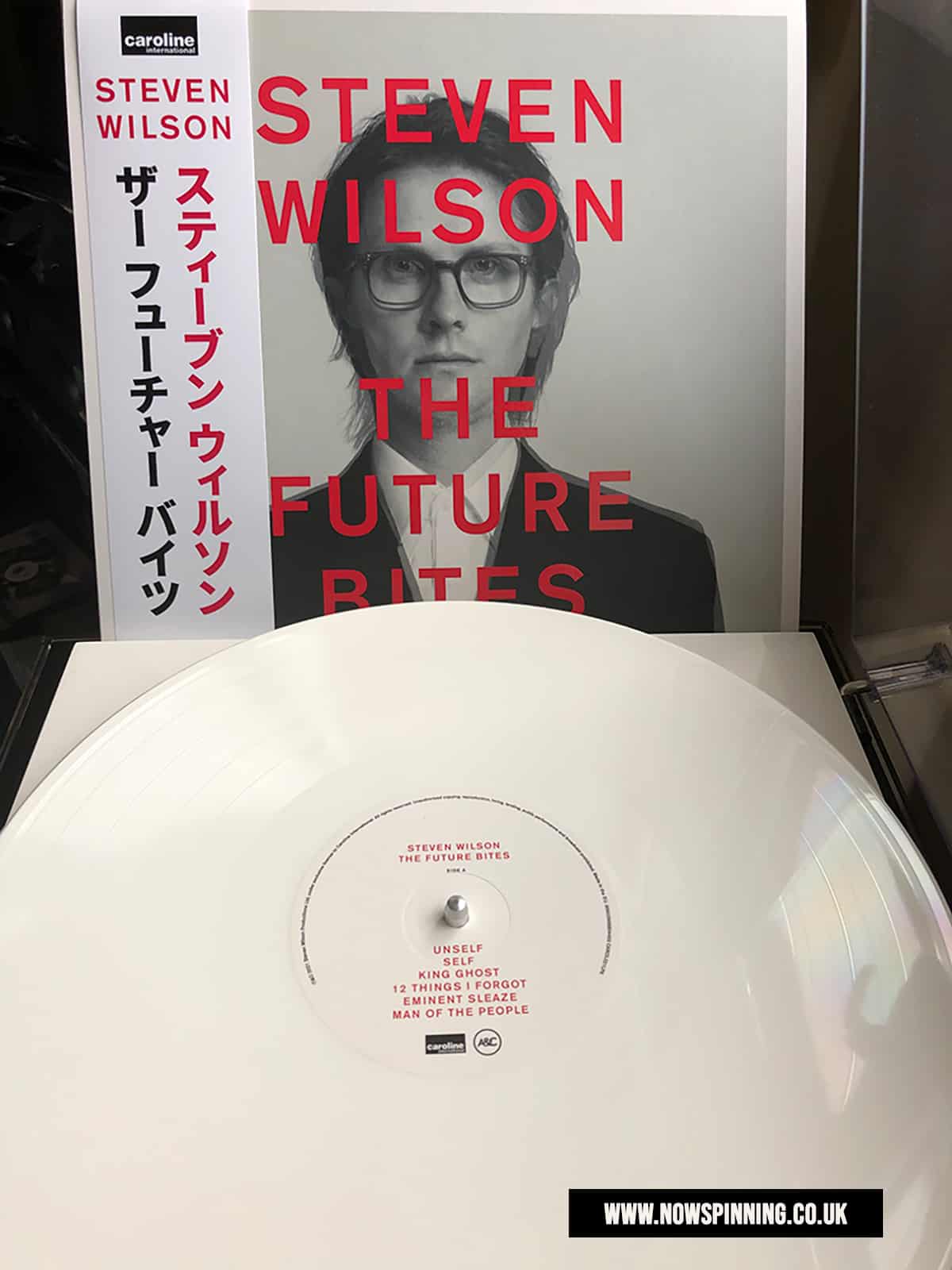